On 1 June, Sweden took a small step towards lifting some of the corona restrictions we've been living with for a while. So far, mostly to do with adjusting some rules about how many people may be allowed to participate at various kinds of events (depending on indoors vs outdoors, sitting vs standing, the size of the venue, etc etc). I haven't kept up with all the details, but for one thing I know that there have been no church services over the past year or so, as they count as public gatherings, and no public gatherings of more than 8 people have been allowed. But now up to 50 will be allowed in that context. 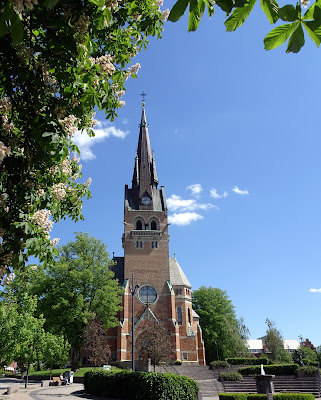 Today, I decided to go and have a look at some of the indoors art involved in the ongoing Art Biennial (with the theme Deep Listening for Longing).

Besides our Art Museum, I knew there were also supposed to be some art on display in the nearby church (the biggest church in Borås, from the early 1900s). I decided to go there first, as I recalled also seeing somewhere that there would be short "lunch concerts" there on Tuesdays and Thursdays. But should it turn out that 50 other people had had the same idea, I could always just go across to the museum instead.

I arrived at the church around 11:45. There was exactly 1 other person inside when I entered - I think probably a church warden -  and she disappeared out of sight almost immediately. So I had the whole huge church all to myself. 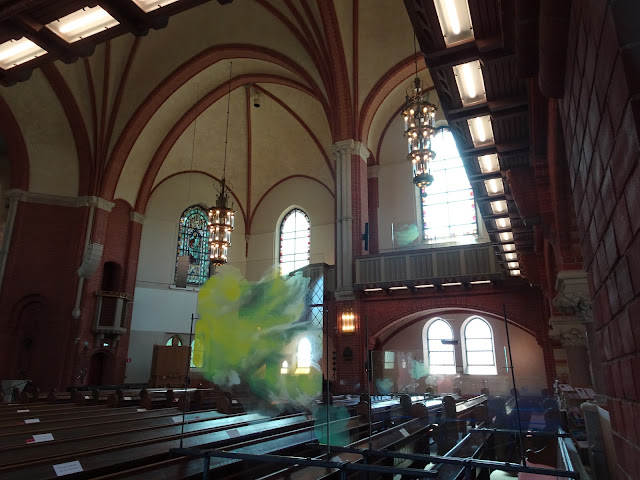 The art on display for the biennial consisted of these mystic coloured "clouds" painted on glass (or perhaps plexiglass). How much you see of them varies with the light and from what angle you are looking at them - and I guess that is probably "the point" (?) 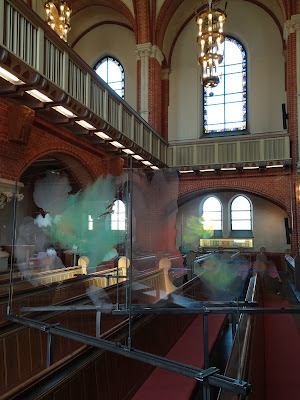 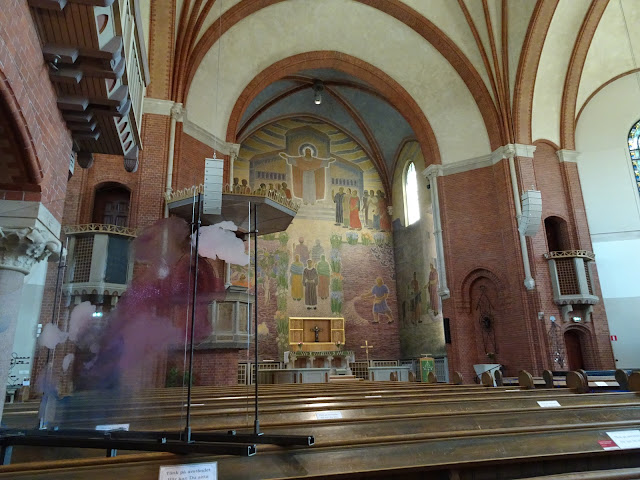 I sat down for a little while in "silent meditation", waiting to see if there was going to be any music. At 12:05 the church was still empty and silent, though, so I decided to leave - not really sure  I had got the concert dates right. 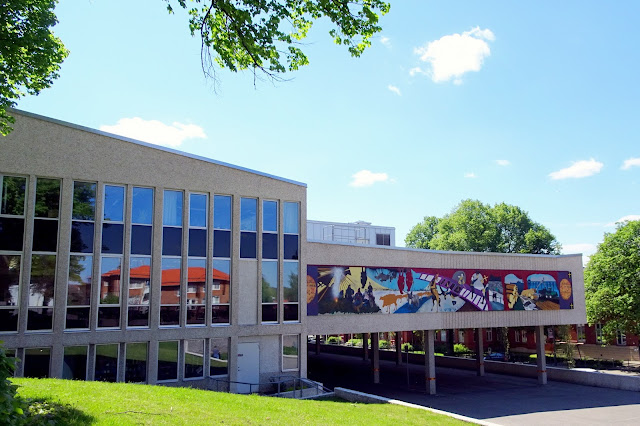 I went across to the Cultural Centre (besides the art museum, the building also houses library and theatre). On a wall outside there is a new mural. As the town is celebrating 400 years this year, I guess it's supposed to represent our history even if I wasn't able to make out all the details. (It started as a market town in the 1600s, later came industrialism etc.) 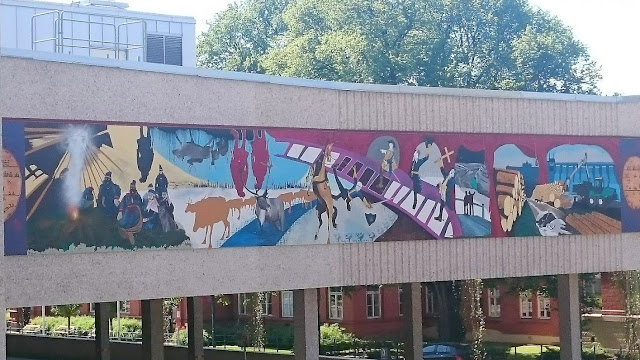 When I entered the art museum, another odd experience awaited me: it turned out that here too, I was the only visitor at the time. So was completely free to just wander around as I pleased. I know I've been "almost" alone in this museum a few times before; but with this exhibition it felt extra weird, as most of the various installations also involved sounds - which overlapped and followed you around from one hall to another. So while you were listening to one thing, you could also suddenly be hearing for example a creepy laugh coming from another room... A bit bit extra spooky when you're there all alone! 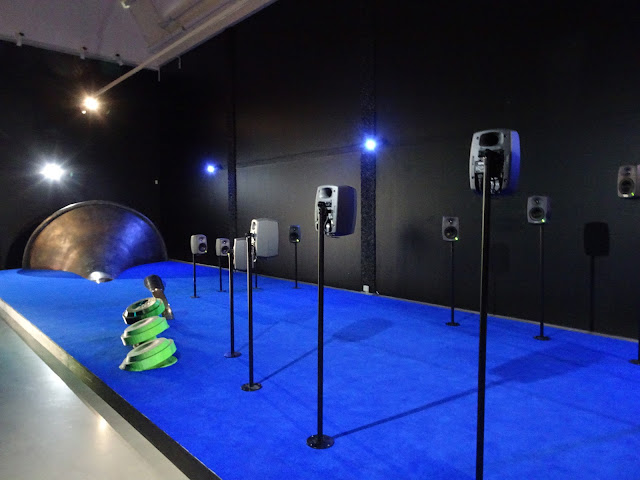 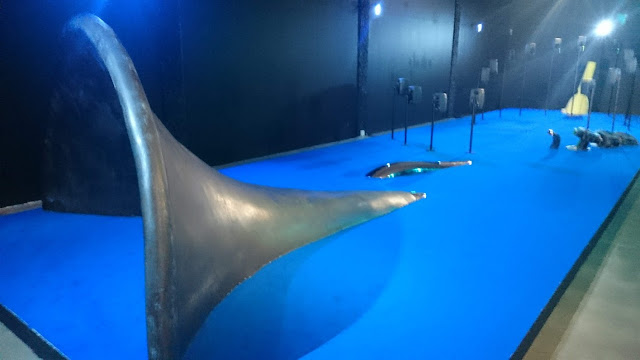 This (above) was one of the major sound installations. I tried to film a video of it with my camera, to include the sounds. But Blogger won't accept it and just now I can't remember how to adapt it to a format that will work. (I think I've done it before but I've so rarely worked with videos that I forget from one time to the next how to do it! If I figure it out -again- I'll post it some other time.) 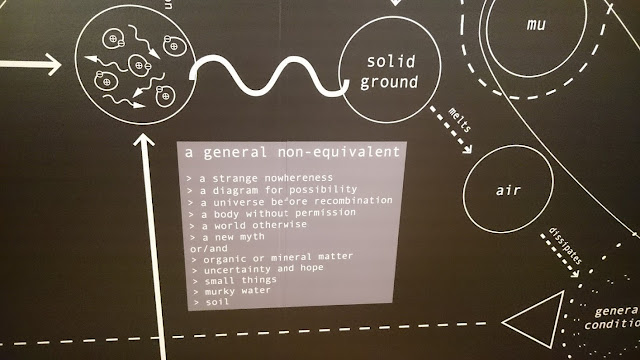 Some other exhibitions one might also ponder about a long time without getting any wiser. 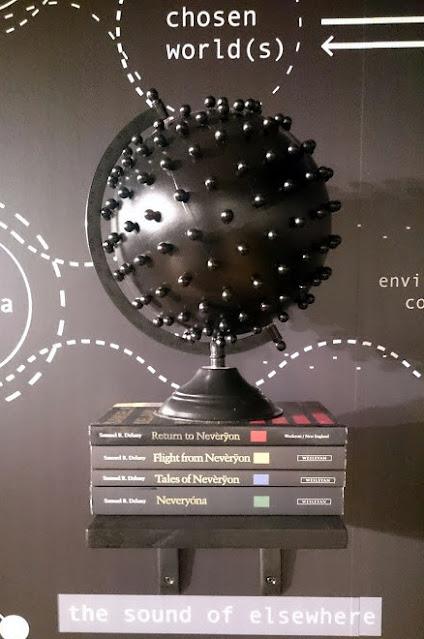 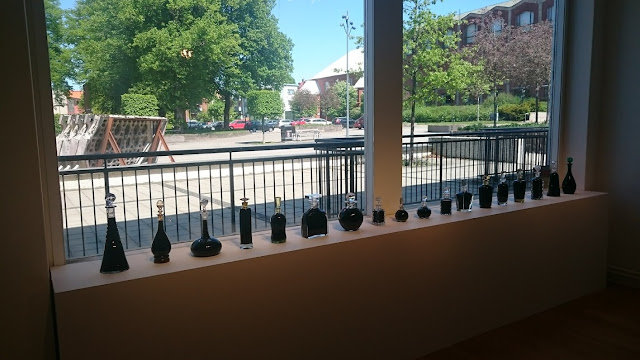 Looking out on the real world. (No idea what's in the bottles!) 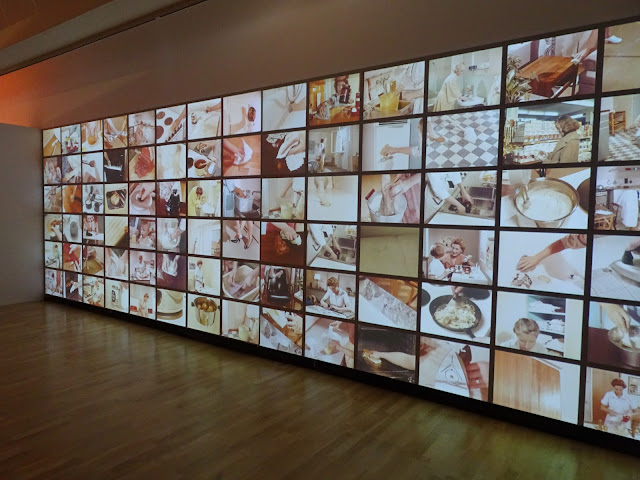 One room had a theme focusing on women and housework. 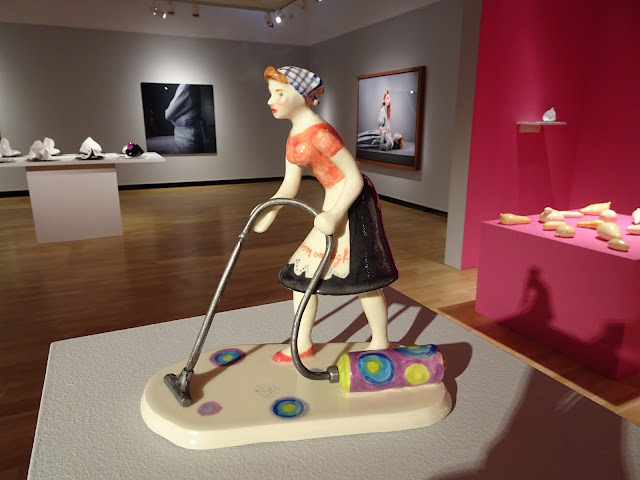 This figurine is the size of classic ornaments of ballerinas and shepherdesses etc...

It may have been because I was all alone in the museum, but one thing that came to mind for me was that the experience of walking around this exhibition was not all that different from the internet - only "3D" and bigger!

And just as I often do when sitting at the computer, I also kept thinking that maybe I'll go back for a closer look at this or that "later".

(As there is no entrance fee this summer, I very well might. But who knows...)

Posted by DawnTreader at 20:56