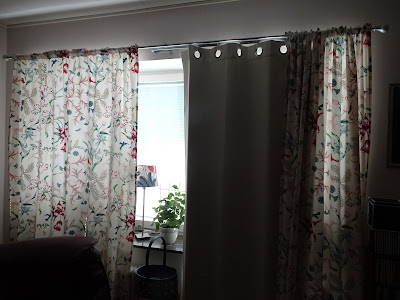 It's been a hot and sunny weekend... Too hot for me to be out much, except for very short walks either in the morning or early evening (and even then more for exercise than for pleasure). So the afternoons I've mostly spent sitting very still behind drawn blinds and curtains, with fans whirring in the background, and watching streamed reruns of old British crime series (to send a 'chill' down my spine...) Just now it's Lewis (spin-off from Inspector Morse, set in Oxford). For some reason, I don't think I've seen more than occasional episodes of this series before. (Possibly because I don't like watching crime series late at night!)

While the detectives are trying to figure out whodunnit, I usually end up trying to figure out "in what other TV series and as what character have I seen that actor"... While I'm rather hopeless at remembering names of actors (beyond perhaps some particular favourites), the name of the character they played in another context does often eventually come to me. But sometimes not until the next day, and while watching another episode with different actors! 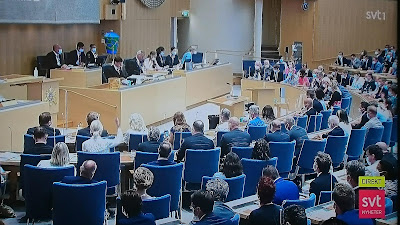 Meanwhile, Swedish politics has been offering its own nail-biter, in the shape of a major political crisis, resulting in Sweden's parliament today voting for a no-confidence motion against our Social Democrat Prime Minister and his government, which in turn might lead to a snap election in the early autumn. (Next regular election is in 2022.)

It's a unique situation as it was only made possible by the Left party joining forces with the three right-wing parties (which no one ever thought they'd actually do). The situation after the last election (2018) was very difficult to solve, but ended in a government consisting of the Social Democrats + the Green Party, formally (by written agreement) supported by two "middle" parties (Center and Liberal), but also needing the silent support of the Left party in the parliament (which has kind of been taken for granted). But now there was a proposal coming up (to do with a -possible- change of rental laws) that the Left party just could not support...

So for the first time since corona restrictions, the whole parliament gathered today to cast their votes for or against a no-confidence motion against the present prime minister; with the outcome that the majority of the parliament no longer has confidence in him and his government. And "bang"... Suddenly we're in this most unusual situation - including, of course, a lot of different opinions about who's most to blame for it... 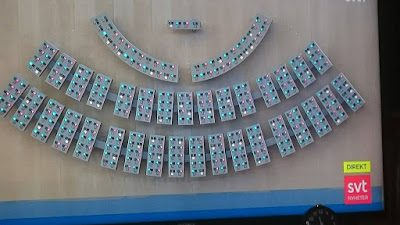 The practical outcome is still uncertain. There are two alternatives, and the prime minister has one week to decide which way to go: Either to call a snap election; or else leave it to the speaker of the parliament to first try a new round of negotiations with all parties to see if there is another way to form a new government. Either way, it's likely to involve difficulties. 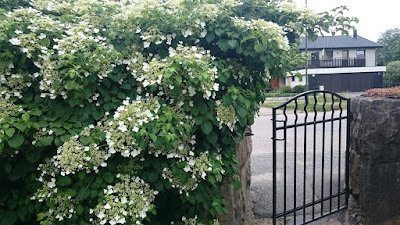 Remains to be seen if there is a way out!

Posted by DawnTreader at 22:49