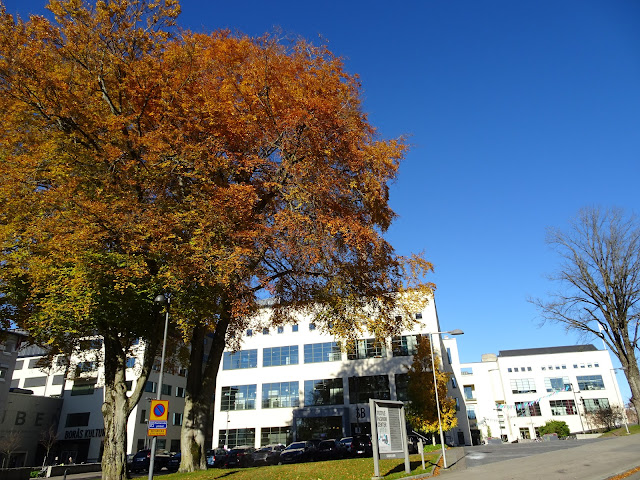 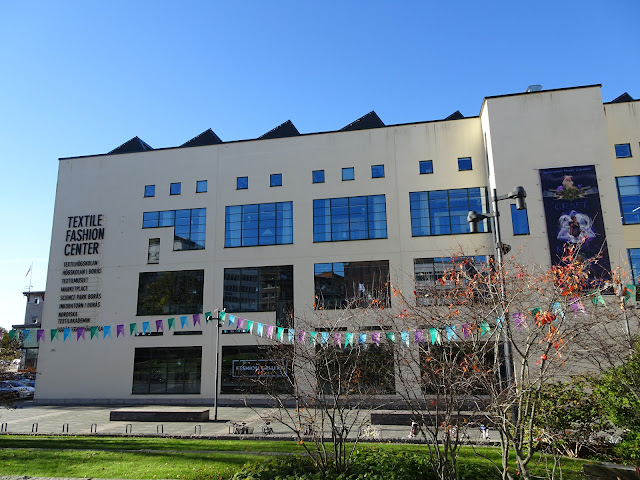 Last Saturday I walked to the Textile Fashion Center / Museum for the opening of a new exhibition, and also a sort of re-opening of the whole place after some refurbishments made to the entrance hall during the summer (while they were still half-closed due to the pandemic anyway). 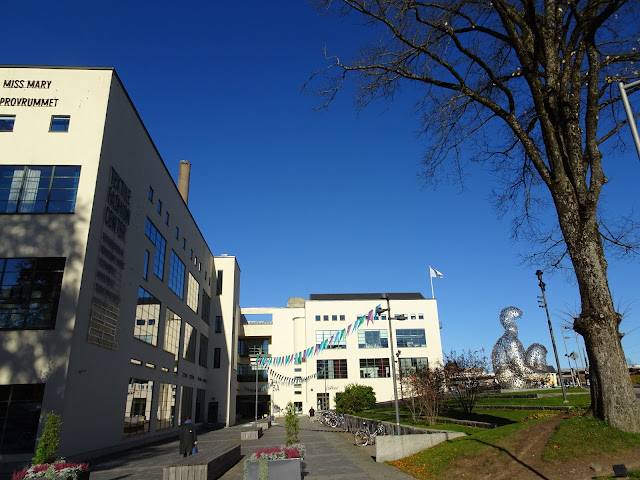 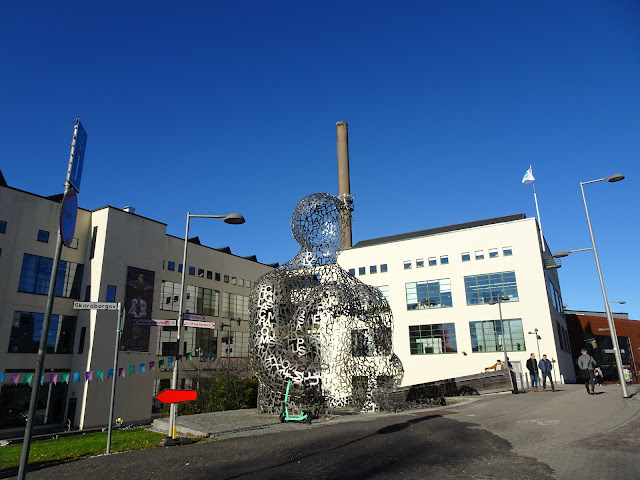 Jaume Plensa's gigantic sculpture House of Knowledge is still sitting in front of the building, looking across the street towards the University. 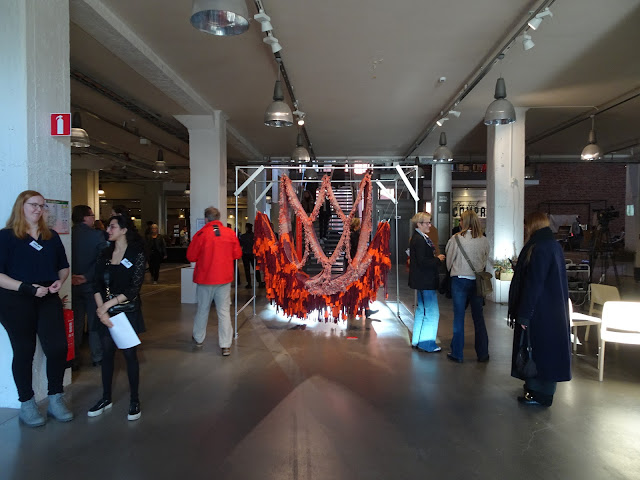 On the ground floor there was an exhibition of Young Swedish Design (Ung Svensk Form). I think one recurring theme there as well as in the other exhibitions was recycling. 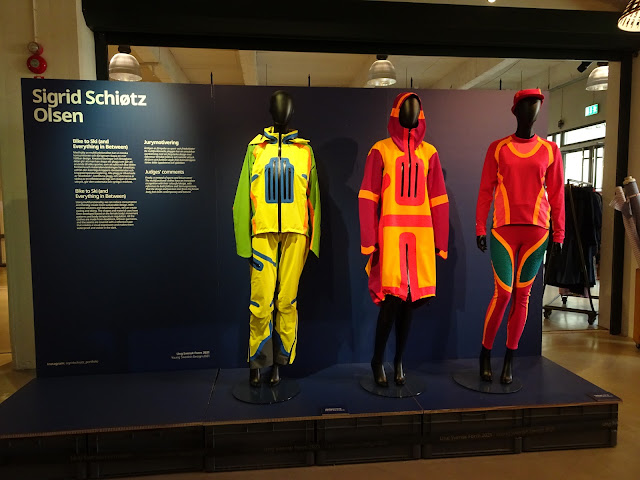 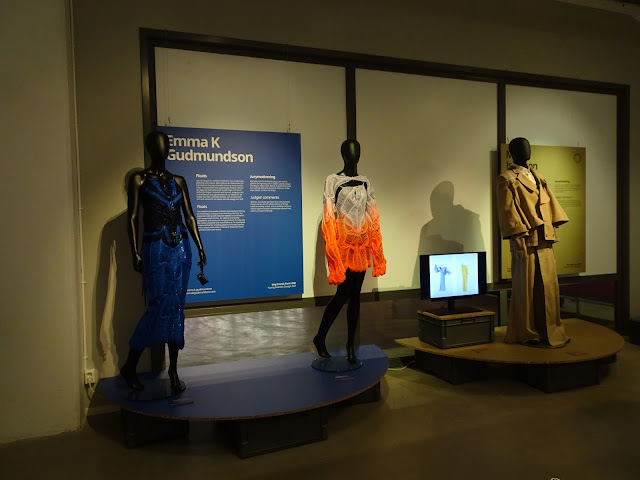 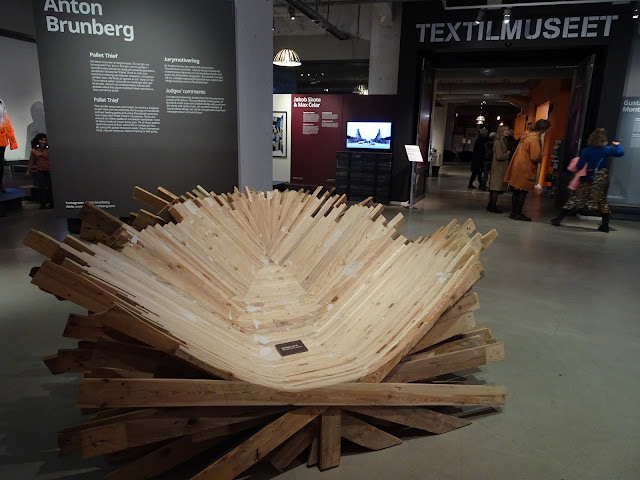 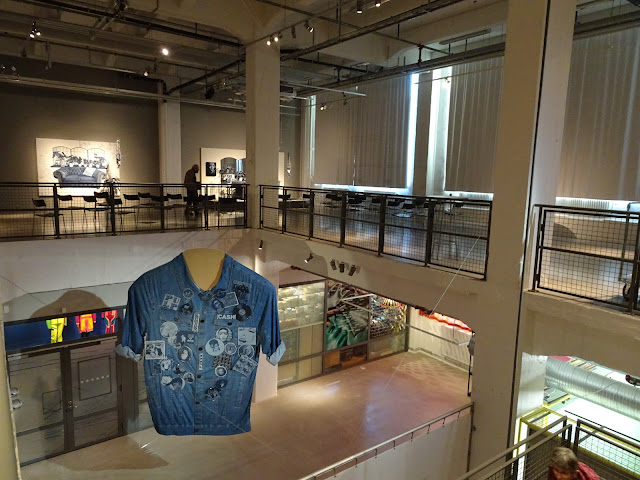 Upstairs, the new exhibition opening that day was Material World by British artist Ian Berry. I was really impressed with his work and hopefully I'll be able to go back and see this exhibition again (as it will be going on through April next year).

"Worn jeans are the medium that British artist Ian Berry uses in his artwork. At first glance, it’s easy to mistake his works for blue toned photographs or indigo coloured oil paintings. Up close you realize that they are carefully put together by layer upon layer of denim." 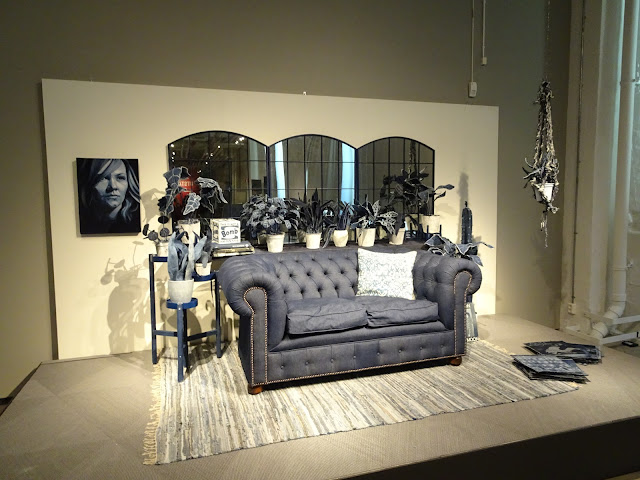 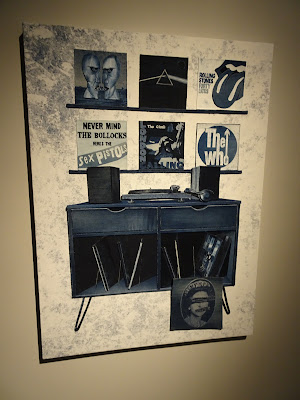 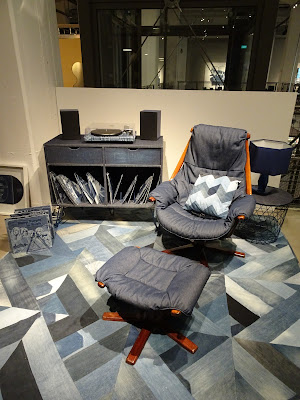 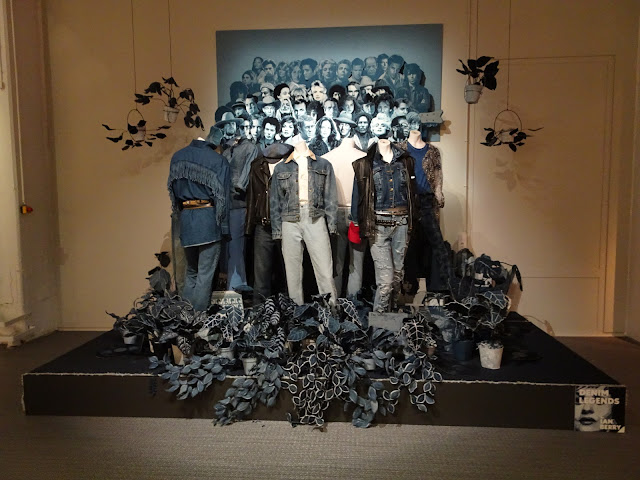 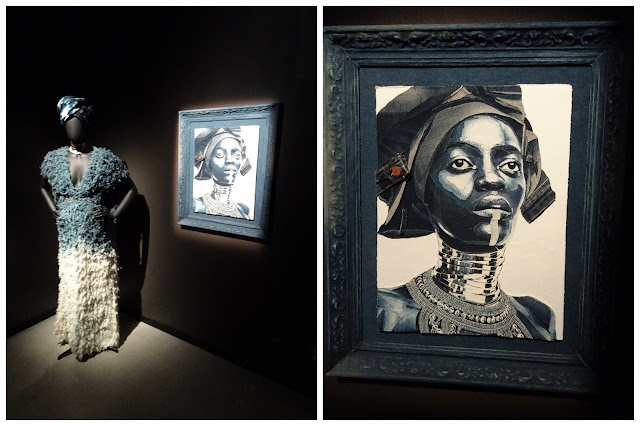 The third exhibition, Craft Rituals, has been going on over summer I think (although I never got round to go and see it until now).

"Craft Rituals is a colourful fairy tale world and an experimental multifaceted work of art in the borderland between the tactile, analogue and digital. Specially composed music, a 50-metre-long film projection, ritual handicraft installations and interactive instruments create an extraordinary, playful and meditative experience." 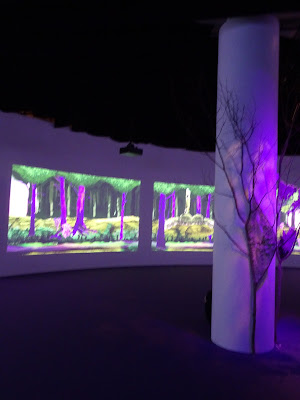 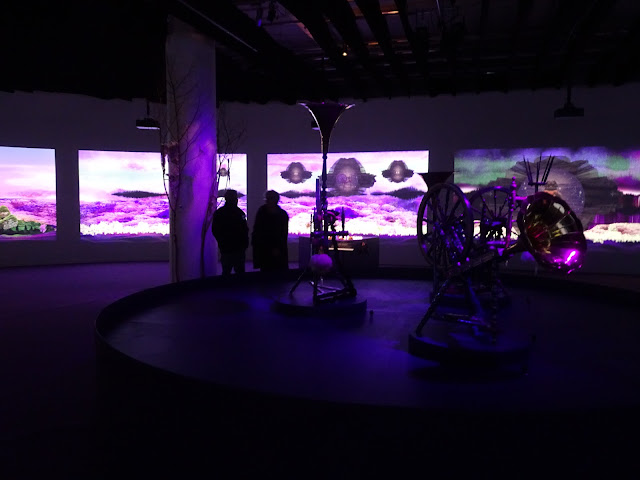 "Inspired by Norse mythology and legends of the Norns - the three goddesses Urd, Verdandi and Skuld, who sit and spin threads at the foot of the world tree - we tell a hypervisual tale of wool, the power of women, sustainability and craftsmanship as a superpower. -  Craft Rituals is created by artist Aia Jüdes." 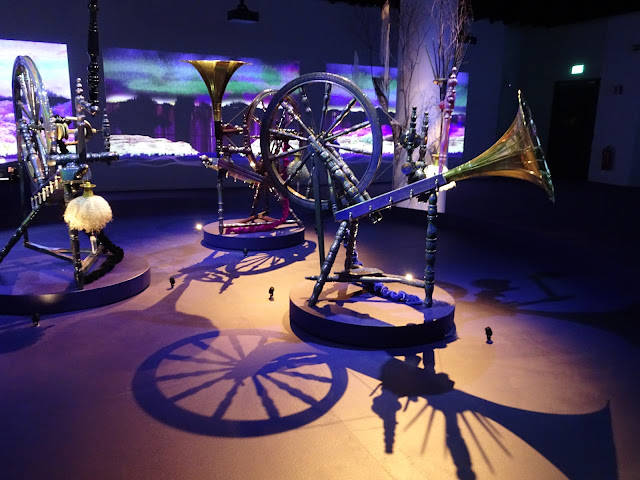 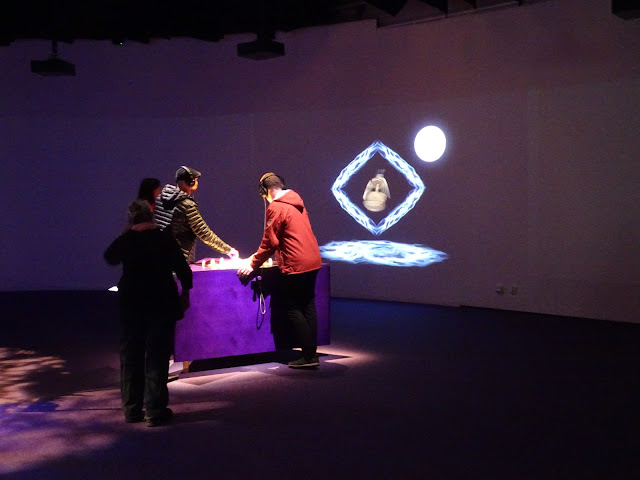 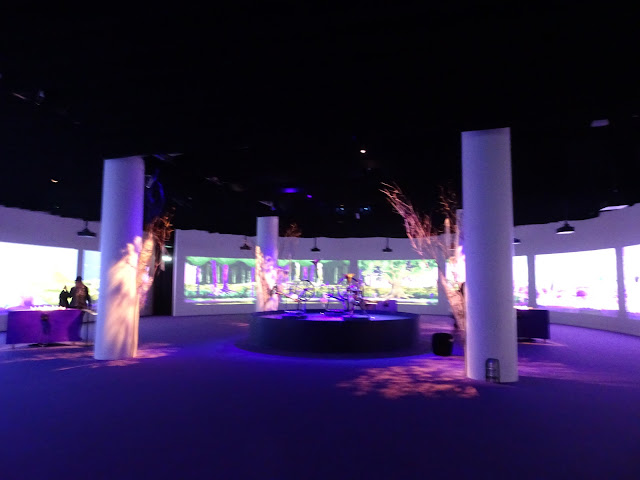 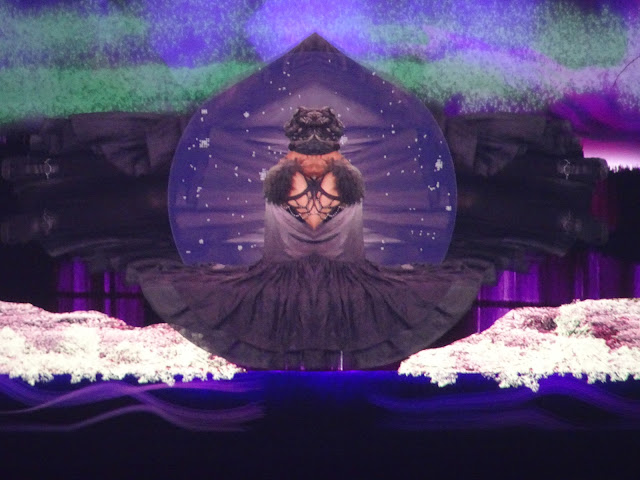 As I didn't take the time to stick around for the whole full half hour that this ... show? ... takes, I might go back and give that another go as well. It also involves some interactive parts - there were things you could touch to make sounds and images change. I never quite got the hang of it, but the general atmosphere was sort of dreamy/magical.

If you like, you can read a bit more about the exhibitions here (hoping the link works).

Posted by DawnTreader at 19:18