Postcards were introduced as an alternative to letters in 1869; which means they have now been in use for 152 years. (You can read more about the history of postcards here.)

Did you know? And have you  been celebrating?? 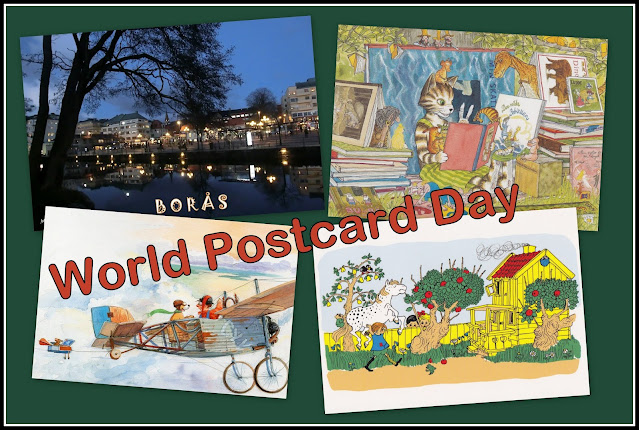 I write quite a few postcards all year round, but today I posted these four Postcrossing cards for World Postcard Day. They're off to India, Italy, China, and Russia. The ones to far off countries like Russia, China and India often take a long time to travel, and it is always a bit of a gamble whether they'll arrive at all. But that's part of the excitement!

I joined Postcrossing in 2013, initially because I had inherited a lot of stamps that were still good for use, and I felt it would be more fun to send them off into the world than to just keep them (or sell them). And it has been! - even if in retrospect, I realise that just collecting stamps would require a lot less storage space than collecting postcards. ;) On the other hand: Every postcard comes with an individual story of some kind, as behind every postcard there is a living person. And for me, that is what makes it exciting.

Posted by DawnTreader at 18:55