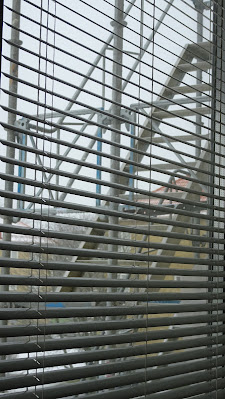 It's been a strange kind of week. Rain one day, snow the next. (Or snow during the night, and rain and slush during the day.) On top of that, sometimes Men At Work stomping about outside my windows, and sometimes not. "Step by step" the scaffolding around the building has kept growing, though. An outdoors staircase has now also come up right outside the window in my study.

While they are At Work, I draw the curtains. Still not very inspiring to spend much time in that room while they're busy climbing about on that side of the building, though... 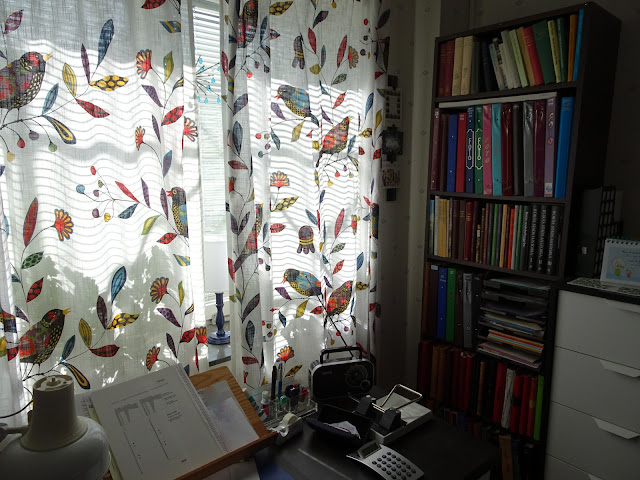 Luckily, my flat runs across the building; I can usually be rather flexible with my own activities; and out of my four rooms (including kitchen), the study is really where having a staircase to the roof outside the window will probably bother me the least.

Just now, I'm taking advantage of the weekend to catch up with various desk and computer jobs. If you don't see me about much in the blog world during the weeks for a while, I may still be there lurking in the background, though (reading on my tablet or phone but skipping most of the commenting).