On Friday, 15 July, my brother went back home to Karlstad again - without me. As a sort of transition, before he left, we went for a walk downtown - my usual walk along the river - and had lunch at the restaurant in the Park. Then walked back a slightly different route (seeing a bit more of the park); and when we got back, he logged out of his parking app (if you're wondering what he's doing in photo 3), stepped into his car - and was gone.

Felt a bit empty at first after he left, after having spent a whole week together! 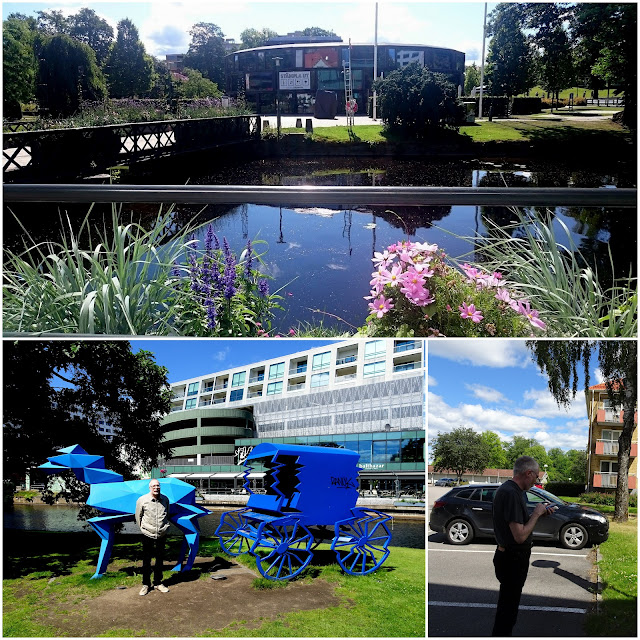 Three weeks later, I'm asking myself what I've been doing since I came back home... Feels like the answer is: Making the most of a one week holiday by afterwards spending three more weeks blogging about it!

The Upside of that (or Downside, depending on how one prefers to look at it?) is that I don't really have much else of interest to catch up with now - as blogging about three weeks of post-holiday blogging would seem rather superfluous... ;-)

I did have one Extra Holiday during those weeks, though - which also generated some Extra Photos:

On Thursday, 28 July, my friend E and I went on a one-day (or half-day) road trip to some touristy places out of town - but not too far away.

Our first stop was at an old mill that has recently been turned into a popular countryside café. We had lunch there, and as it was a nice day, were able to sit outside in their garden. 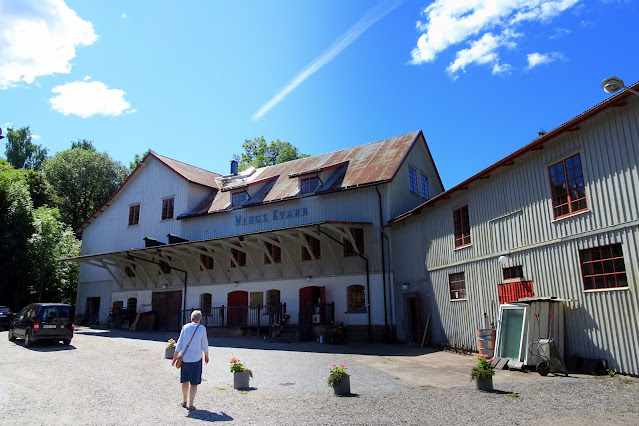 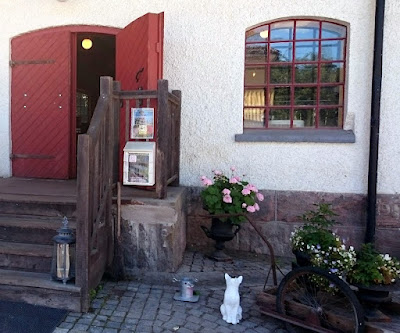 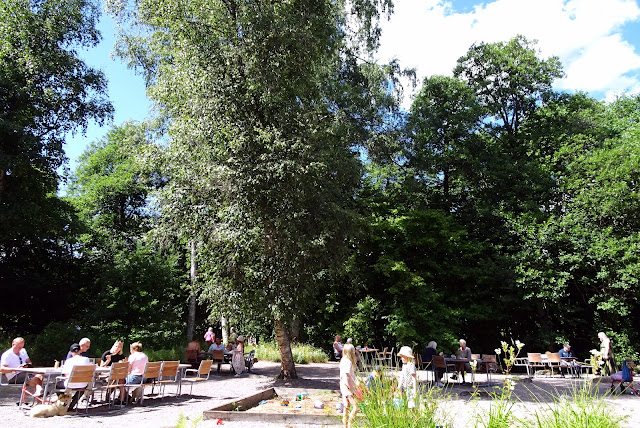 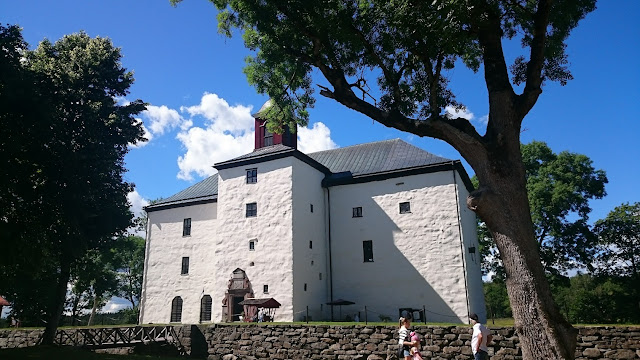 The first stone house was built around 1470 as a fortress against the Danes.The staircase tower was added in the middle of the 16th century. The castle has a well-preserved Renaissance interior  (we didn't go inside on this occasion, though - they only show the house on guided tours). The castle is best known as the home of the noble family Stenbock: Catherine Stenbock was the third and last consort of King Gustav I of Sweden, back in the 1500s. 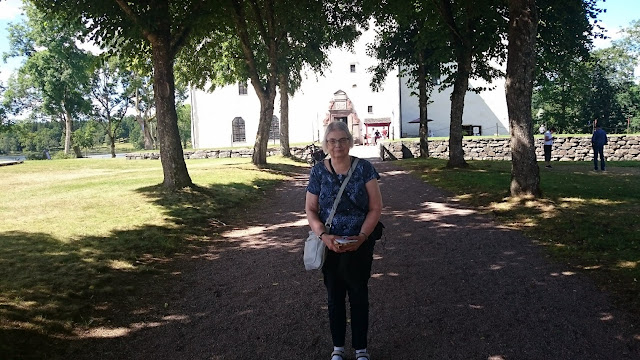 Another popular destination nearby is Hofnäs Herrgård, an old manor. It's mentioned already in documents from 1526. The manor house burned down in 1924 but was rebuilt according to the old drawings. Since the 1960s the estate belongs to the City of Borås and is a popular recreation area, with a restaurant/café up in the manor house (we had tea/coffee there), a large park area, and a little beach down by the lake. 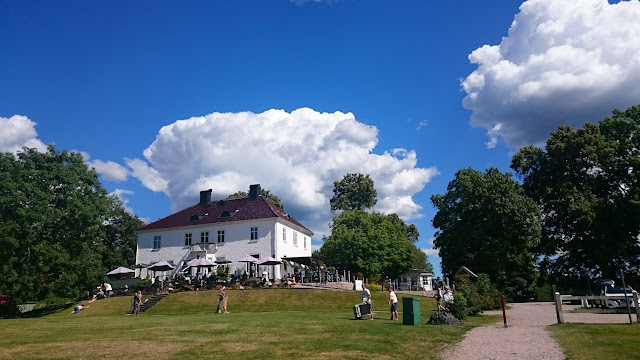 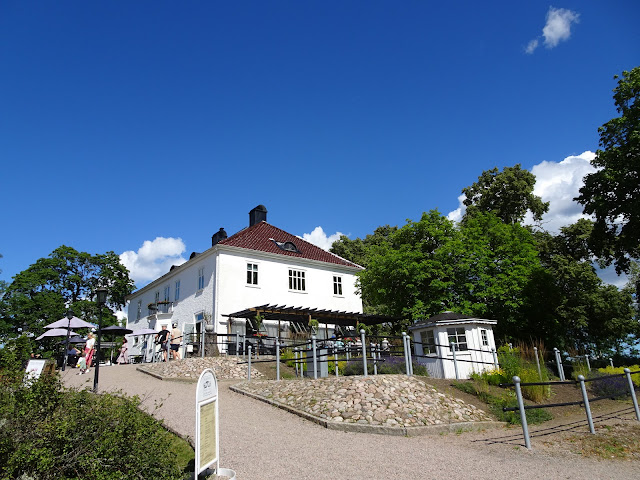 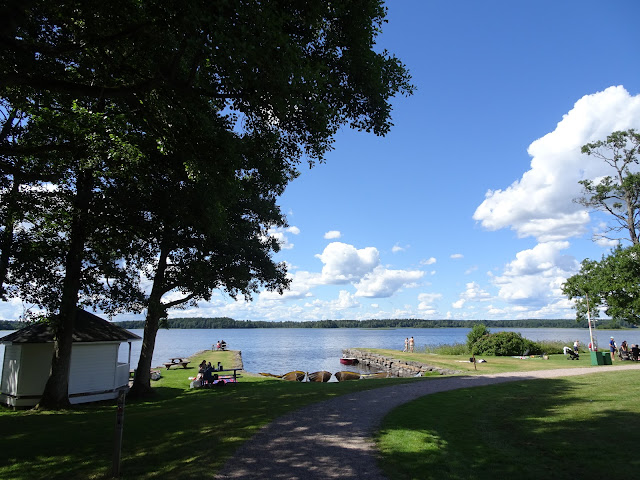 There are also little arts & crafts shop at both Torpa and Hofsnäs. I had not intended to buy anything, but we both enjoy having a look around in those kinds of shops... In this case, with the result of me falling in love with a little owl, who got to come home with me... 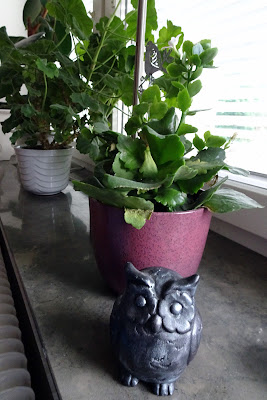 I put him on the window sill for the photograph, to give you an idea of his size. He's rather heavy and compact for his size, though - made of concrete, rather than ceramics.

Posted by DawnTreader at 20:14