Have your reading habits changed since you were a child? (I mean, I’m assuming you have less time to read now, but …) Did you devour and absorb books when you were 10 and only just lightly read them now? Did you re-read frequently as a child but now only read new books? How about types of books? Do you find yourself still attracted to the kinds of books you read when you were a kid?

I’d say my reading habits have gone through changes both back and forth and across since I first learned to read (over 50 years ago). I did devour books when I was about 10, I think I borrowed piles from the library almost every week back then – like The Famous Five and Nancy Drew and Anne of Green Gables and Cherry Ames (and similar kinds of books by Swedish authors). I’m sure I read many of those more than once – especially the few I owned myself, but also some borrowed repeatedly from the library.

It still happens that I return to classics like Anne of Green Gables, while other childhood favourites were gradually replaced from my teens onwards by more grown-up mysteries and detective stories and romance novels and whatever.

I still like to go back and reread certain favourites from time to time – and that includes all genres I think (and also to watch favourite TV-series over again on DVD). Stories are much like friends in that way… Spending time with old friends is comfortable, but it’s also stimulating and challenging to meet new ones. (And sometimes you discover new things about old friends, too!)

Thinking back, one thing that strikes me is that there were certain children’s books that I did not read in childhood but which I came to love later on – like the Narnia books by C.S. Lewis. (First published 1950-1956 but I did not come across them until in the late 1970’s when I was in my 20’s.) I don’t recall reading a lot of fantasy and fairy tale kind of books back in my childhood. One reason may be that my mum (who no doubt influenced much of my early reading) was never much into that kind of stories. She preferred books closer to reality. Another reason may be “the spirit of the era”… Correct me if I’m wrong, but my impression is that the fantasy genre was not very big in the 1960s. Especially not the witches and wizards kind. I think there was a bit of a revival for authors like Jules Verne and H.G. Wells though. (After all, the 1960’s was – among other things - the decade of moon landings… More science fiction, and turning towards the future rather than seeking roots in old legend.)

There were some children’s books that stretched imagination without being neither magical nor scientific though, like The Borrowers by Mary Norton (the first four written between 1952-1961), which are among my favourites that I’ve kept returning to. A couple of years ago I read them for the first time in English (in my childhood it was of course the Swedish translations that I had), all in one volume together with the fifth book written much later (1982). 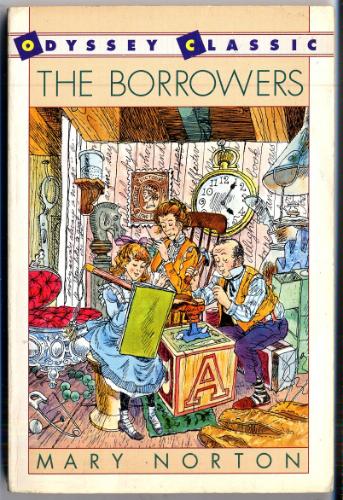 Out of curiosity I just checked the bibliography of Astrid Lindgren, probably the internationally best know Swedish author of children’s books, some fantasy and some not. In the 1960’s she too kept to down-to-earth kind of stories, with the border-line exception of two sequels to Karlsson-on-the-Roof (1st book 1955, the sequels 1962 and 1968). 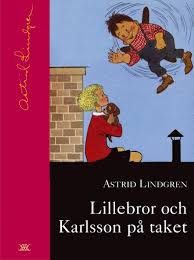 I guess I made up for a certain lack of magic in my 1960’s childhood by becoming a Harry Potter fan in my late 40’s (onwards)… :D

I still like to read a mix of genres, and a mix of old and new. Since I bought my Kindle last autumn I’ve been exploring both some classic children’s books (for example some by Edith Nesbit) and various authors of contemporary fiction for adults that I’d never heard of before.

Posted by DawnTreader at 21:13