It’s not been a great weekend for toast. I can only hope you had better luck with yours than I did with mine…

On Sunday morning my breakfast toast was burned to cinders (almost) by my old toaster, which refused to throw the bread put in back up again.

Later on in the day I went out and bought a new one; and then decided to give it a test run for my afternoon tea.

So far, so good. It seemed to know how to do its job.

Then I bit into the toast and broke a tooth…

Which meant oatmeal porridge for supper, and just a banana-soy milk smoothie for breakfast this morning; and then a visit to the dentist instead of the pool…

I was lucky though, in that my usual dentist was able to receive me on short notice. At first when I called they squeezed in an emergency appointment around lunchtime; but ten minutes later the nurse called me back and said they’d just had a cancellation if I could come earlier. I could, so I did.

It turned out to be one half of a tooth with an old root-filling that had cracked. (The root-filling explains why I did not get into more pain than I did.) As the other half still seemed okay my dentist managed to do some magic at both less cost and less pain than I had expected.

Coming home from the dentist’s at lunch time, I was hungry but still sore and numb… Solved it by making myself some “baby food”! (Leftovers chopped in the mixer, and eaten luke warm… No culinary hit, but it did its job.)

Not ready to try toast again this evening, I think!

Possibly a soft cheese sandwhich with a cup of not-too-hot tea while I contemplate the possibilities of getting the manufacturer of the toaster to pay my dental bill…?

Nah, maybe not! ;) But if I’d had a different kind of accident – like a fire caused by placing an inappropriate object on top of the toaster – then perhaps I might have been able to sue someone re the Swedish manual. (The new toaster came with a few more functions than my old one, like defrosting and reheating; that’s why I bothered to read it.)

Translation jokes are not easy to convey unless the reader knows both languages… But maybe if I turn part of it back into English it may give you a rough idea:

"To heat up, place the bowl in bread compartment, to sink the lever the wagon the control until it clicks in place and push reheating the button.”

The most puzzling part was the bowl (“skålen” in Swedish). What bowl??

So I turned to the English part of the manual:

"To reheat, place toast into the bread slots, lower the carriage control lever until it clicks into place and press the Reheat button."

Toast in English has two meanings, rarely confused with each other: 1. “sliced bread heated and browned” or 2. “A proposal to drink to someone or something or a speech given before the taking of such a drink.”

BUT
a skål is also – a bowl 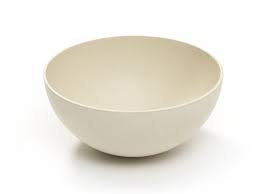 (Try to get that into the toaster if you can!)

Let’s have a vote. Do you think the translation was made by a human or by a computer?

Posted by DawnTreader at 18:10