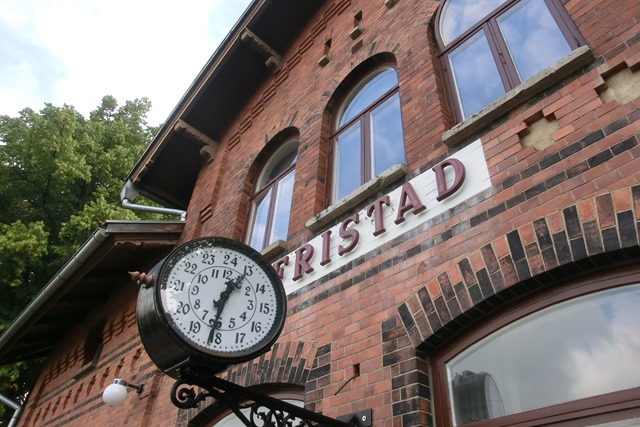 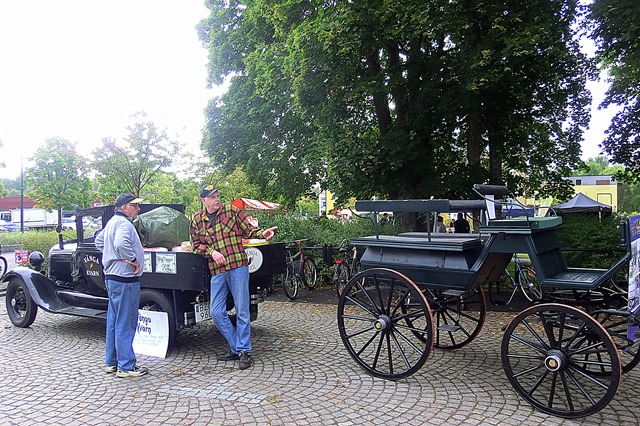 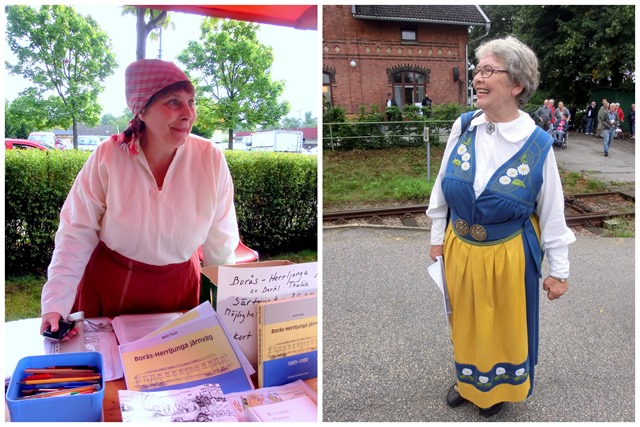 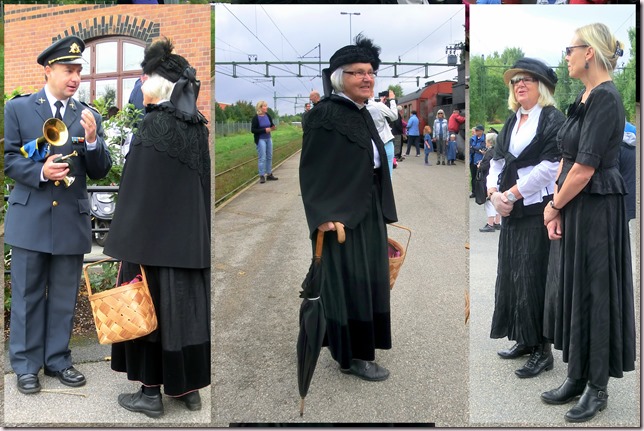 - Excuse me, can you tell me what time it is, please?

- Hard to say, ma’m. Time seems to be all muddled up today. I swear I can’t even tell whether it’s supposed to be 1863 or 2013! I think the train from The Past is due to arrive any minute now, though. 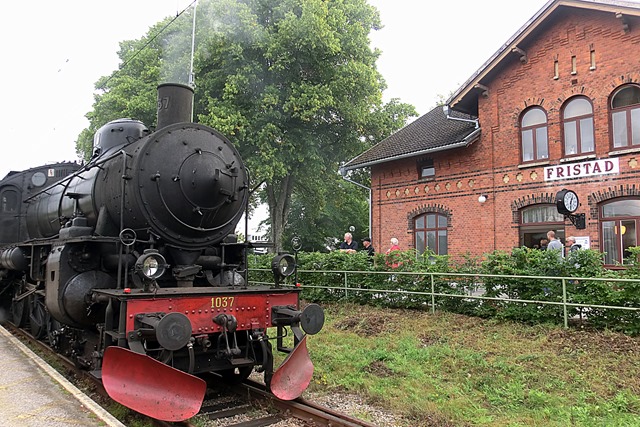 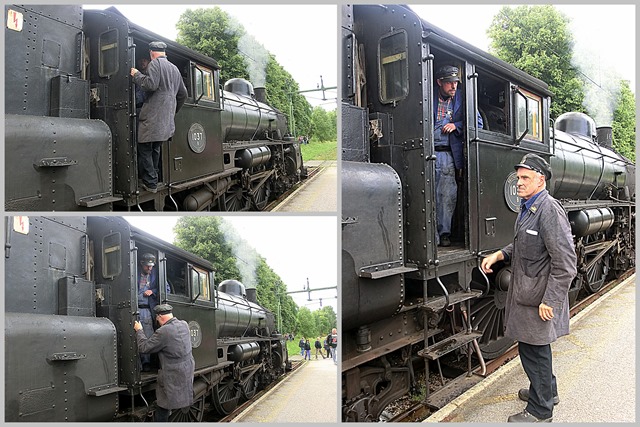 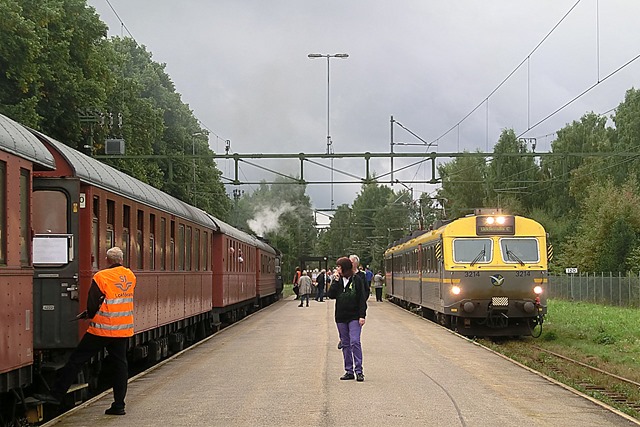 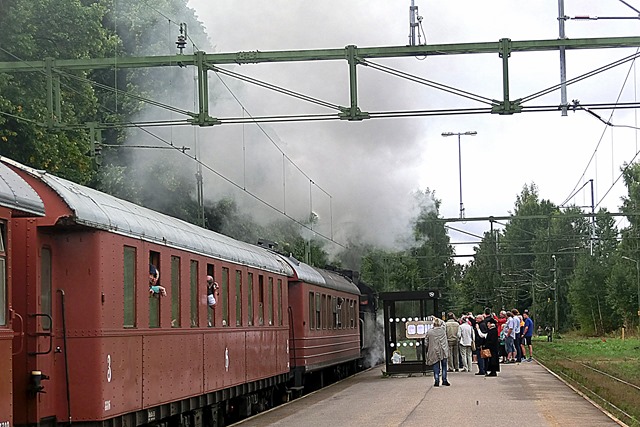 Now then, lets have some serious STEAM. 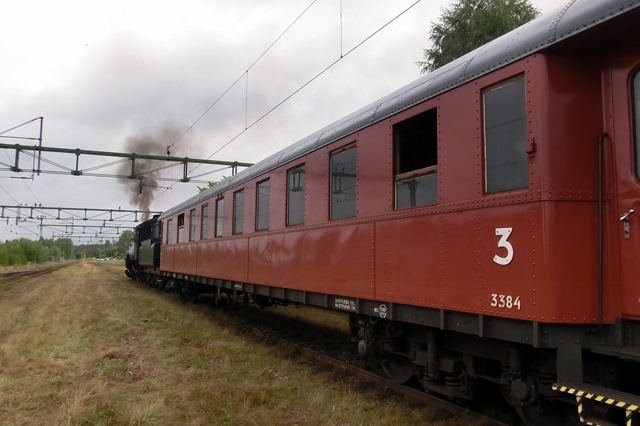 What’s this, there’s smoke coming from the other end of the train as well…? 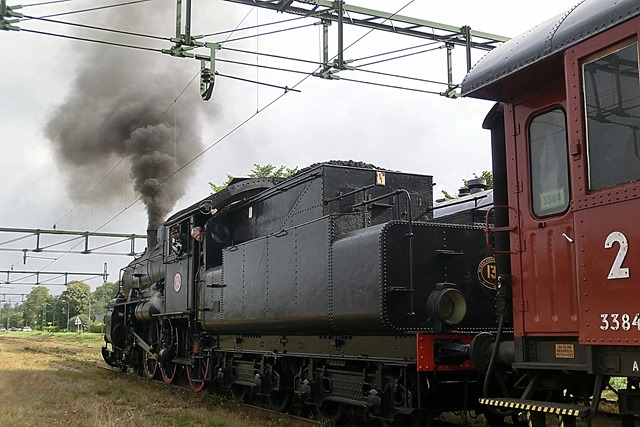 Turned out they had one steam engine at each end. 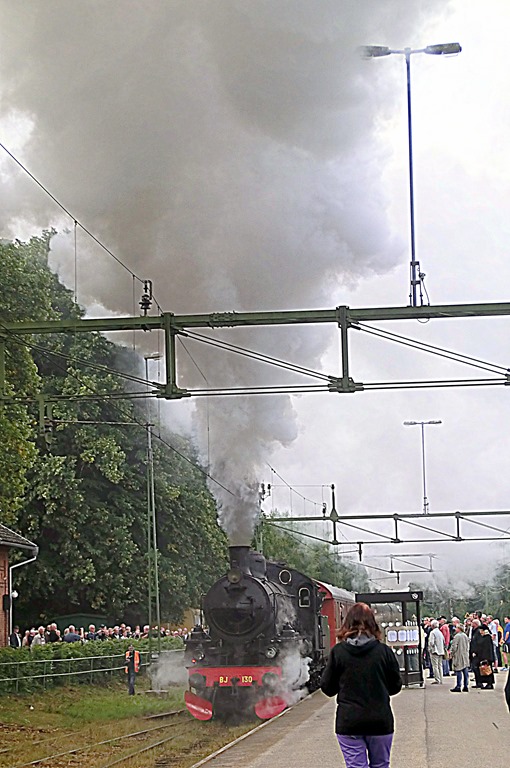 Here we go with a magnificent puff of steam.
Hoooooooot! Hoooot!

My Dad would have loved this, had he still been among us. (He died two years ago.) 25 years ago he wrote a book about the history of this railway line (Borås-Herrljunga) for its 125th anniversary. Yesterday the 150th anniversary was celebrated in the village where he lived half his life – first in his childhood and then again in his old age.

My brother was here for a couple of days, mainly to celebrate my birthday (Thursday). Dad’s birthday was the same day, by the way. Anyway, since this jubilee happened to take place the same weekend, we decided to take a peek at some of the events, before Per drove back home on Saturday afternoon. They had a full day’s schedule in the village; we only hung around for an hour or so before lunch though. But enough to see the steam train leave for Borås, and then come back again about an hour later, and take off in the other direction. (They went back and forth a few times during the day.) 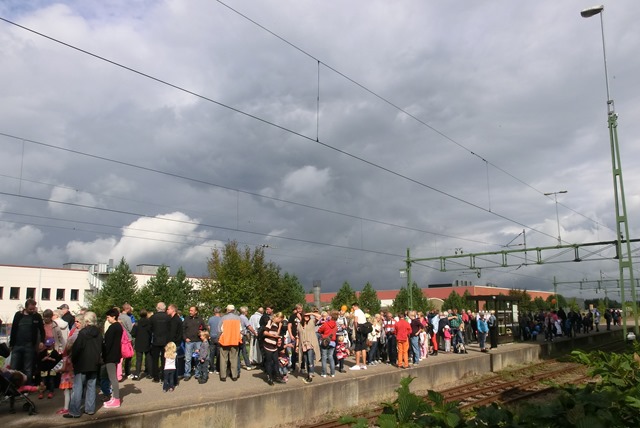 The sky itself seemed to “join in” with some steam clouds of its own to match the occasion. 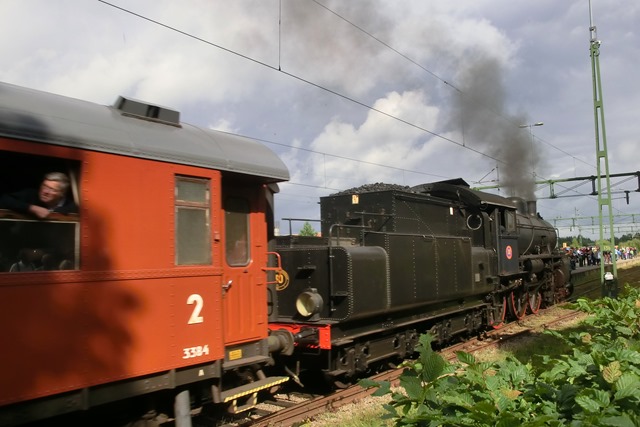 I’ll be doing a separate post showing some vintage cars we saw as well.

Posted by DawnTreader at 11:32