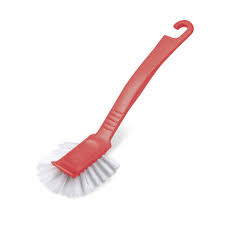 When not too personally involved, I’ve been known to be pretty good at coming up with excuses for strange things people do (sort of trying to argue their case for them when they’re not there to do it themselves).

Sometimes, though, I have to confess I find it very hard to figure out any reason at all for very minor offenses. Like: Who steals a dish-washing brush – and why? (From the common laundry room in the building where I live. The brush was there last week, but gone today. I know the same one has been there for months, neither brand new nor so worn out that it deserved to just be thrown away. Unless something very serious happened to it since last Wednesday!)

More frequently, it’s the dishrags that disappear without trace. I usually end up donating a new used (but clean) one myself, as it does not seem worth the hassle of a phone call to complain about it. At the same time I just cant help wondering who takes them, and what on earth they do with them!

PS. I stole both pictures from the internet, out of pure laziness.

Posted by DawnTreader at 22:37