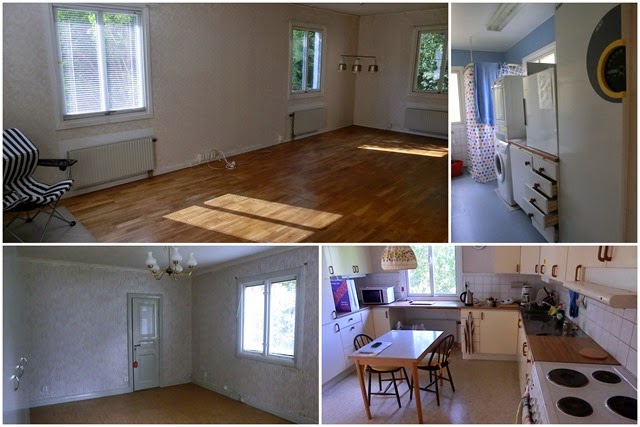 It’s a strange feeling seeing The House all empty (or nearly so). Actually it’s never been all empty since my grandparents built it and moved in, way back in 1930! (While the extension was being added by my parents in 1992, the old rooms were still full of stuff.)

Because the house consists of one old part + one ‘new’, it has got quite a lot of quirks to it and often seems like somewhat of a labyrinth to a new visitor.

On the ground floor the ‘new’ part consists of entrance hall, bathroom, kitchen and living room; and the old part of two rooms (one of them former kitchen) + hall with stairs leading up (and down to the cellar behind a door). 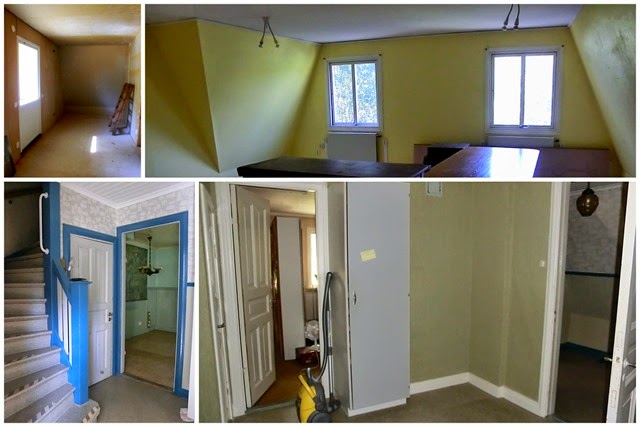 Upstairs there is a hall, a bedroom/study with two alcoves, and one room that was once upon a time a kitchen (originally, back in the 1930s, they were two families living in the house), then a bedroom, and now is really just an extension of the hall, leading on to the new part – which consists of one huge room that was my dad’s study (but could easily be turned into two smaller rooms) + one small room which was left undecorated and used for storage (but could be turned into another bedroom), in turn leading out to a balcony overlooking the back garden: 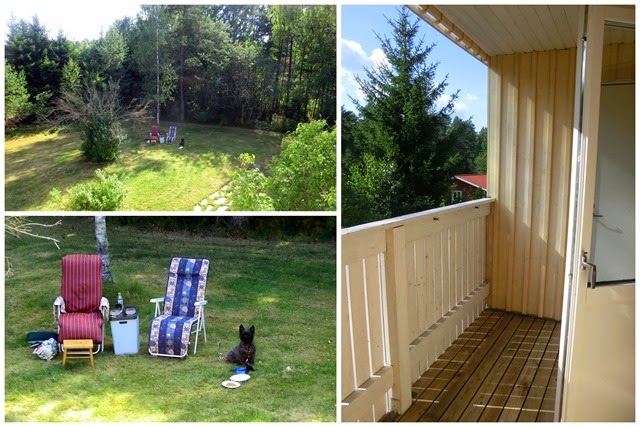 Then there is the old cellar with three old rooms which really can’t be used for much but storage of things not too precious (but my parents certainly managed to fill them, so maybe others will as well!), plus a new garage. 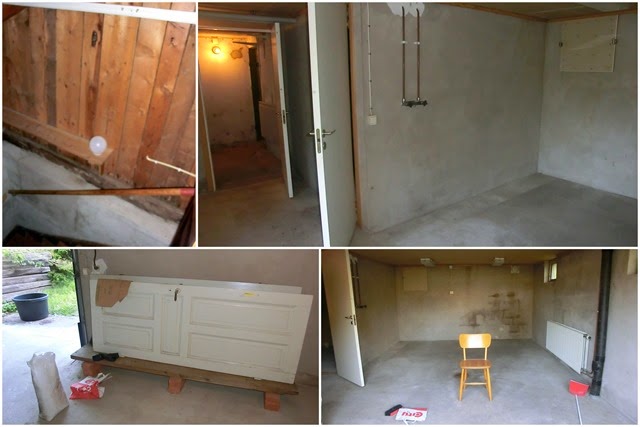 Indoors cleaners will be doing their job this weekend; then a professional photographer will do his/hers on Monday; and after that the estate agent will get on with the advertising etc.

We had every nook and cranny of the house inspected last week by a technical examiner, for insurance purposes and to be able to give proper information to prospective buyers. There are a number of things that should be seen to by the new owner, but nothing so serious that it would be impossible to move in first (especially if they don’t need all the rooms at once!).

So it will be interesting to see who will buy it: Either someone who wants a never-ending DIY project, or someone who can afford (and prefers) to get the house all done up and refurbished in their own style before they move in. 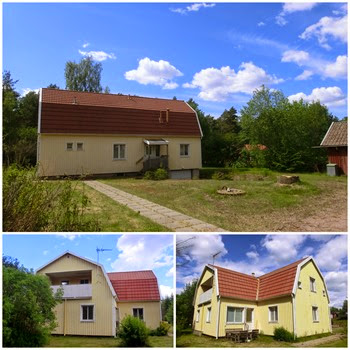 Friday My Town Shoot Out: Rooms

Posted by DawnTreader at 12:20