Earlier this week, Janet of the blog MacQue mentioned the language learning website and app Duolingo.

I got curious, downloaded the app to my phone, and found myself spellbound… It’s a free app, with no annoying ads interrupting the flow – and it works a bit like a computer game, giving immediate feedback. I decided to try a bit of Spanish, and got totally captivated. This is only my third day, and they say I’m already 11% “fluent” … 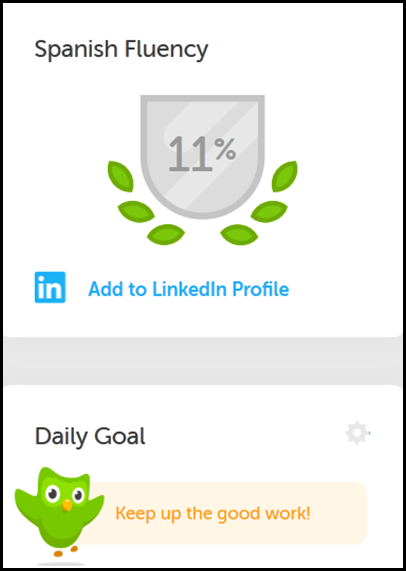 Even if I have my doubts about their definition of fluency, it certainly encourages one to go on... (If I can keep it up at this rate, I should be 100% fluent in a month, right??) (As if!)

Anyway, it is a rather amazing way of learning; which made me think back on previous language learning experiences.

By strange coincidence, I had already started planning this post when today I turned on the radio (as I often do when working in the kitchen) and there was a program discussing how learning more than one foreign language (English) seems to be on the decline in Sweden. Apparently (I have not been keeping up!) it is no longer mandatory to learn a second foreign language in school (as it was back in my day, in ‘junior high’). Neither the kids nor their parents seem to see the point any more. So while we’re getting better than ever at English (hearing it daily on TV and the internet), our knowledge of other languages is falling behind.

In my day, i.e. back in the mid 1960’s, English was introduced in 4th grade (age 10) here. In 7th grade, in addition to English, we got to choose between French and German. As my parents (growing up during WWII) weren’t fond of German, I was persuaded to choose French. (Not that I remember how much persuasion was needed.) As I liked languages, I wanted to go on in that direction in secondary school though, which meant a third foreign language then. The ones on the menu this time were German (or French, if you had started with German), Spanish or Russian. As it seemed German would probably be the most useful, that was now my choice. And while still in 9th grade (at age 15) I even decided to get a head start with a German correspondence course.

And that was what I got thinking of while trying out the Duolingo app now… The correspondence course in 1969/70 consisted of booklets with texts and exercises, sent by letter, one at a time, and accompanied by vinyl records the learn the pronunciation. If memory serves me right they were EP format, i.e. longer than singles, but shorter than LPs. I had a small travel gramophone in my room – the speaker was in the lid. 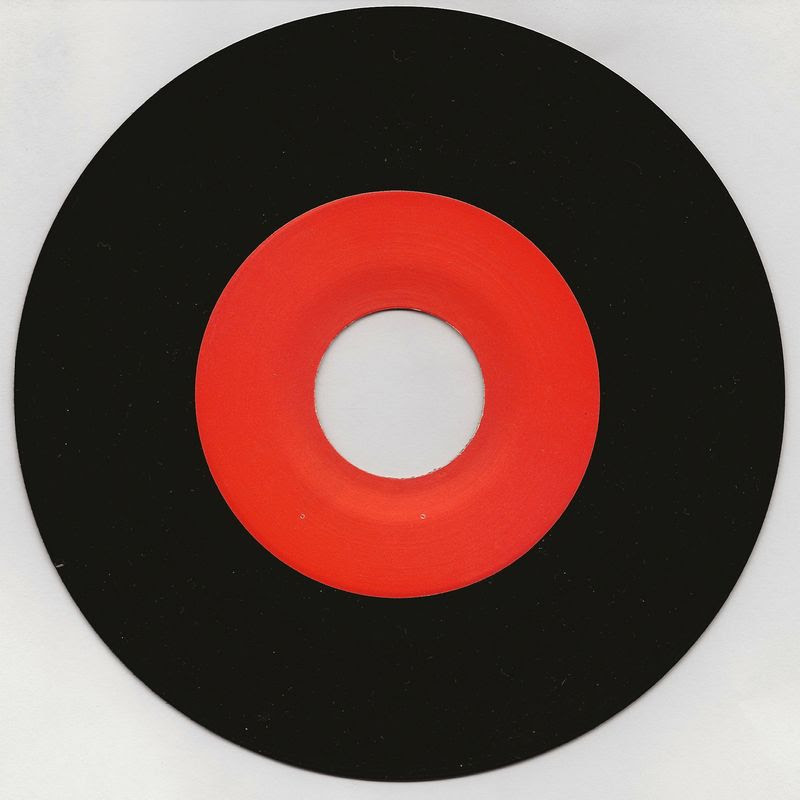 Exercises or tests were written down on paper, and sent back by letter for correction; and were returned corrected and graded. No oral exams, obviously… Mum may have helped me with the pronunciation too - I don’t really remember! But as she was born in 1930, her first foreign language must have been German. (That was only changed to English after WWII.)

Now you just click on an app on your phone, and it speaks to you, and you speak to it, or click on it, or type on it; and the app reads/ listens, and tells you immediately if you said it right, or if you misspelled something, or if you tend to forget a word it gives you extra exercises with that word.

On my first blog, The Island of the Voices (2009-10), I wrote a series of eight posts entitled About Me and Languages. You’ll find links to those old posts on the page About Me at the top of this blog. In #4 , for example, you can read about my experience when in the 2nd year of secondary school, Latin was added into my language mix, on top of English, French and German.

After my three years in secondary school, I had a gap year (working in an office in my home town), and after that went on to an 18 months secretarial education, including one term of English at university, and also special college courses in “business language”, in Swedish, English and German. (We could choose French or German, but I chose German over French, even though German was my 4th language.) We also learned stenography in all three languages. (No way I could manage stenography in German now… It’s been ages since I used it even in Swedish. But I did use it in all three languages in my first three years working as a secretary within the Swedish paper industry.)

I never went on with that autobiographical series. (Maybe some day I will. Who knows.) But to sum up briefly: After a few years working as a secretary I went back to University for more English, and German, and one term of history; and then also methodology and teaching practice, to become a teacher. And then I moved to the town where I still live now. But my teaching career was cut rather short because of lack of jobs in my combination of subjects; and after some stress related health problems, and because one still has to earn a living, I went back to secretarial work (with the advantage of  regular hours at least). Later also got six months additional education to qualify as a medical secretary. And remained working at the hospital (mainly for occupational therapists); until an accident (at work, but not really to do with my usual work) led to chronic pain problems and early retirement (over a decade ago now).

What revived my active interest in English was Harry Potter and the Internet. (Did you miss that book? haha) Seriously… Between the last two books in the series I got involved in a Harry Potter discussion forum (in English), which in turn revived my interest in the English classics, and book discussions in general. And when the Potter story had reached its end, I turned my eye to the Blog World… And here I am still, having made new friends all over the globe (yes, I mean YOU), and discussing all sorts of odds and ends. And along the way, besides books, there have been the joys of learning a bit about digital photo editing, and then there was Kindle (want to read an obscure old classic? just download it!), and Android devices and apps, and Postcrossing, and whatnot. And now Duolingo. Curious to learn a new language? No need to bother about evening classes or correspondence courses… The opportunity is just a click away! Amazing.

When I’ve learned ‘enough’ Spanish, perhaps I’ll try something even more daring – like Welsh! It was one of the suggestions that came up on top when I opened the app. I chose Spanish; but the very next day, this card dropped in through my letter-box, from a certain friend holidaying in Wales… 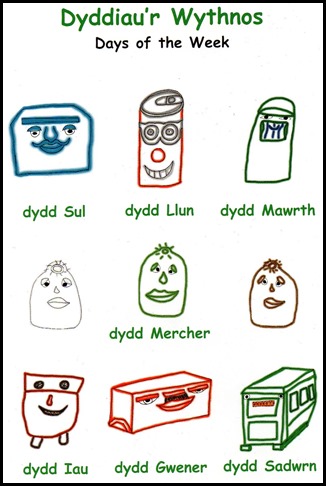 Seriously. I’ve always been fascinated with Wales, and anything Celtic, ever since our family holidays in Britain back in the early 1970’s...  But for now, I say Buenas Noches.

Posted by DawnTreader at 21:03