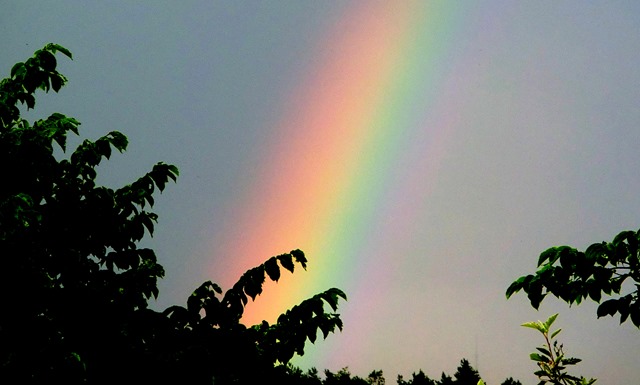 This weekend (for the first time) my town is having a Pride festival. I’ve not really been “attending” any of the events, but even just passing through the city one can’t help noticing… 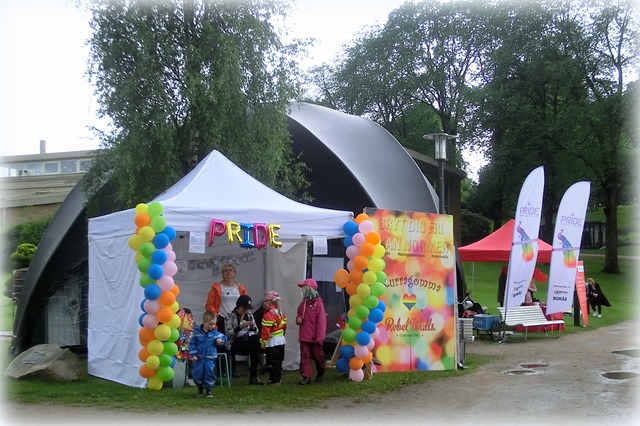 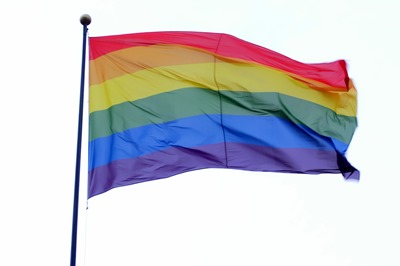 And it set me pondering about how symbols sometimes come to change their meaning over time.

In a little box of odds and ends at the back of a drawer, I still have this vintage “Christian hippie” button from the early 1970’s. I’m not sure if I ever wore it, but it used to sit on a notice board in my home amongst a variety of photos and postcards and whatnots: 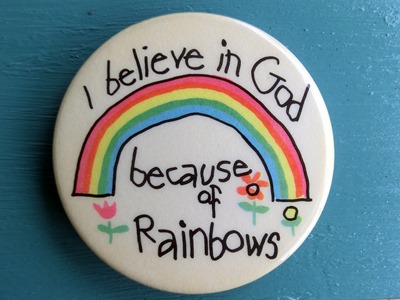 Back in the early/mid 1970’s, buttons with various kinds of statements and messages were very common. If not about religion, it might be For Peace, or Against Nuclear Power, or whatever. (Remember – there was no Facebook back then. So I guess we just had to use ourselves as billboards!)

However (I just checked) it was not until 1978 that the rainbow flag was first used by the gay movement. So this old button of mine had nothing to do with that, but was meant (or at least so I interpreted it!) to remind of the Biblical covenant between God and Noah in the Book of Genesis:

And the bow shall be in the cloud; and I will look upon it, that I may remember the everlasting covenant between God and every living creature of all flesh that is upon the earth. (Gen 9:16, KJV)

In other religions and mythologies too, the rainbow has often been seen as a bridge between heaven and earth; but also as representing elusive mysteries and dreams. (If you have ever tried to chase a rainbow in order to get a better photo of it, you will understand why!)

(And no, I would not wear that button now. For one thing, there might be no end to the variety of interpretations it could provoke!)

Sharing with Friday My Town – Celebrations

Posted by DawnTreader at 23:17