Sunrise/Sunset – Postcard for the Weekend 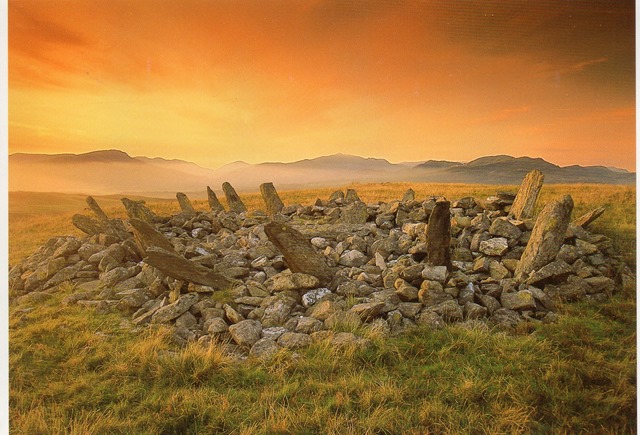 I have been up on Mt Snowdon in the past (way back in the 1970s), but I don’t think we visited this bronze age cairn.

A bit of googling informs me that the cairn is thought to date back to the Bronze Age, around 4000 years ago. Originally there may have been about 30 pillars; but not only was the cairn probably disturbed by treasure-seekers in the 19th century – but on top of that, between the 1st and 2nd world wars, some of the stones were removed by the British army, and the rest used for target practice!

The name Bryn Cader Faner probably means 'the hill of the chair/throne with the flag'. Because of its appearance, it has also been called the Welsh Crown of Thorns.

Posted by DawnTreader at 17:52