Yesterday’s windmill postcard from the Netherlands reminded me that I still have some “unblogged” photos from a trip that my brother and I made back in July 2015. I think I blogged about the first half (two days out of four) in the month after; but then other things got in the way and I never got round to the rest. What made me think of it now was a comment on yesterday’s post, asking if we have any windmills where I live. The answer is that while I can’t recall any old windmills in the vicinity of Borås (only water mills), there are other districts in southern Sweden where they were more common. The photos below show one standing close to the road somewhere between Lidköping and Läckö Castle (at the southern end of Lake Vänern – which is still in Västergötland, the province where I live). The mill is of “Dutch type”, probably built in 1878, but moved twice since then (I don’t know where it stood originally). We only stopped on the other side of the road to take photos, we didn’t go up close to it. 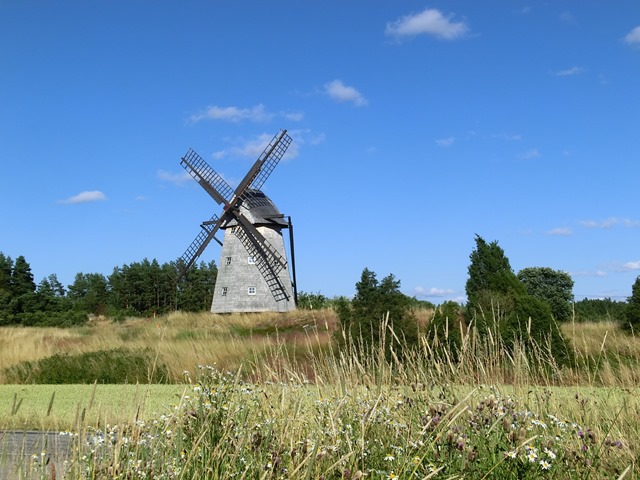 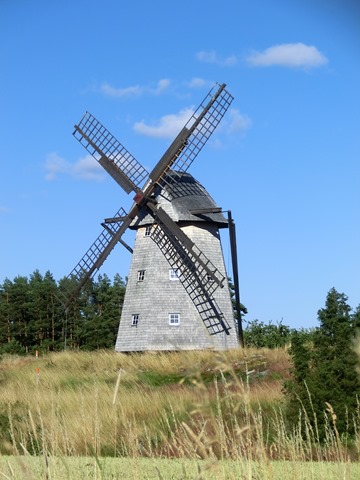 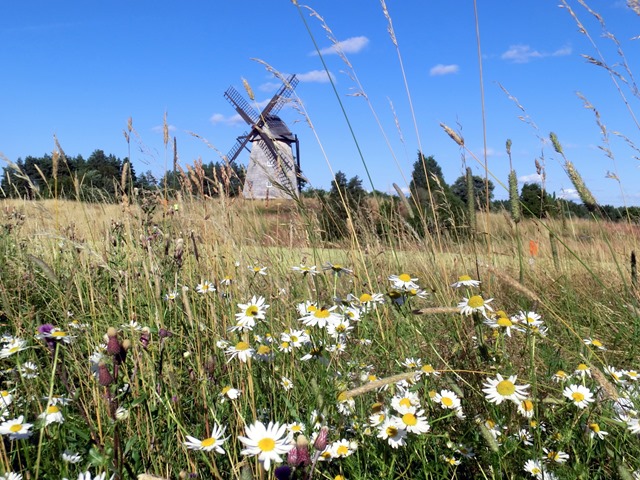 Posted by DawnTreader at 18:23