Postcards for the Weekend – Fairy Tales 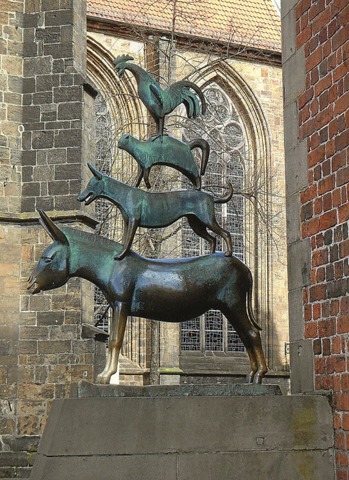 Postcrossing card from Bremen, Germany
(January 2018)
The Town Musicians of Bremen;
a sculpture inspired by an old folktale. 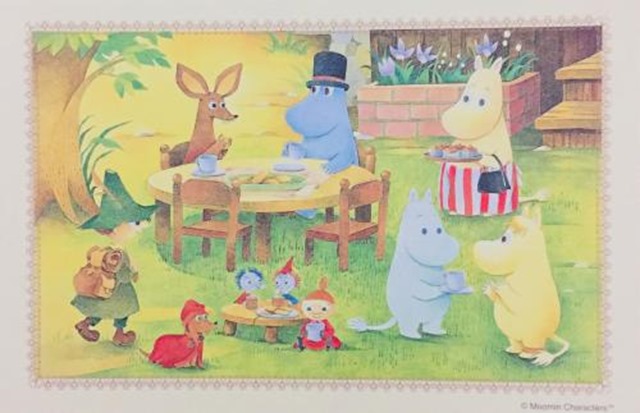 A Moomin illustration from Japan. I love the Moomin characters. Originally created by the Finnish author and artist Tove Jansson (1914-2001), the Moomins are also immensely popular in Japan (and I think the TV cartoons were made there). If you follow the link to the Moomin characters page, you’ll also find a test “Which character are you?” I got Snufkin (he’s the one to the left, clad in green). He’s a traveller, though – even if he always returns. I often feel a bit more like Moominmamma, I think (even if I live alone); she’s more of the stay-at-home kind, always carrying a handbag full of anything that might come in handy, and wanting to pack tons of just-in-case stuff whenever they’re off on longer adventures. At the same time there is an artistic and dreamy side to her character as well… (If you take the test, I hope you’ll share your result in the comments!) 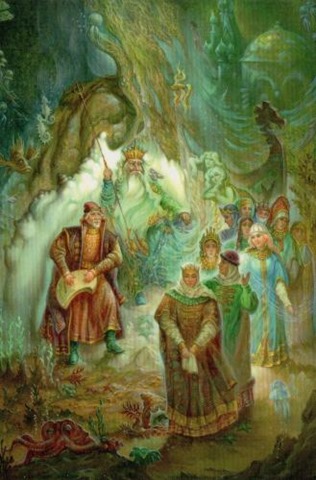 WIKIPEDIA: Sadko (Russian: Садко) is the principal character in a Russian medieval epic Bylina. He was an adventurer, merchant, and gusli musician from Novgorod. Sadko played the gusli [old Russian multi-string plucked instrument] on the shores of a lake. The Sea Tsar enjoyed his music, and offered to help him. Sadko was instructed to make a bet with the local merchants about catching a certain fish in the lake; when he caught it (as provided by the Tsar), the merchants had to pay the wager, making Sadko a rich merchant. - 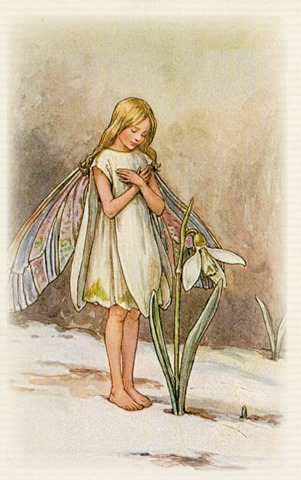 Postcards for the Weekend 71 – Anything You Wish

Posted by DawnTreader at 13:47