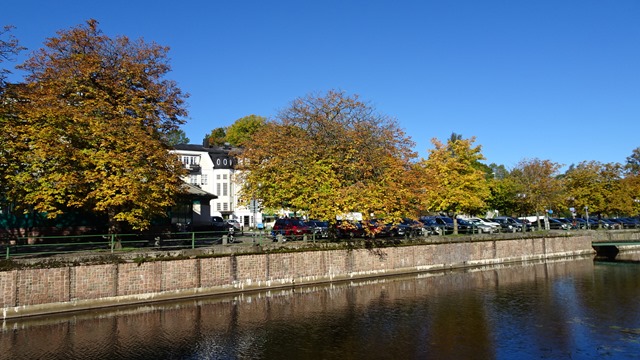 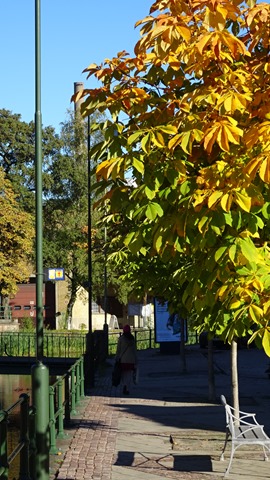 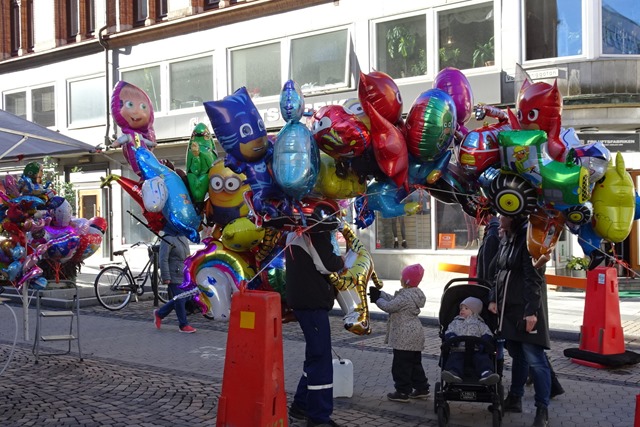 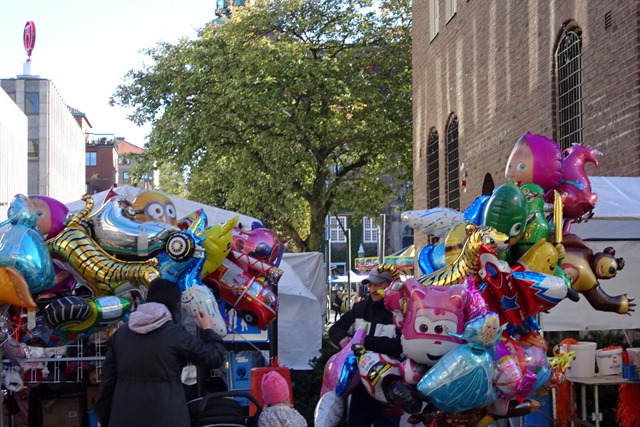 The last weekend in September means Autumn Market in our city centre. Friday morning started out sunny (if somewhat chilly), so I decided to go for a walk into town to have a look around. It’s kind of become a tradition that I buy some cheap postcards from a special market stall on these occasions (usually found in the same corner every year). But … When I had picked the cards I wanted and was going to pay, it turned out that my wallet was not in my handbag! So disappointingly (for myself as well as for the stall-owner), I was not able to buy anything. For a brief moment I was also scared that I had lost the wallet; but I quickly arrived at the conclusion that I must just have left it at home. The zipper on my bag was firmly closed, and I had not opened it at any point during my walk until then. I had my camera with me and had snapped a few pictures (above), but I was carrying that in its own separate bag.

Still, the incident kind of un-inspired me when it came to further browsing among the market stalls; so I pretty much turned straight around and went back home… Had another brief scare when I didn’t immediately find the wallet where I thought I must have left it (on the desk in the study, where I had been going through some receipts yesterday)… But then – duh! – I found it neatly tucked away in my other handbag… (No, I refuse to blame old age… I prefer to think of it as having been preoccupied while multitasking, LOL!)

(Why two handbags? I hear someone asking… Because sometimes I prefer a smaller one and sometimes a bigger one, depending on where I’m going! They’re both equipped with certain other basic essentials, and I only have to move the wallet between them – if needed.)

As for postcards, I really have enough cards “in stock” already; so perhaps just as well that I was saved from the temptation!

Posted by DawnTreader at 20:29