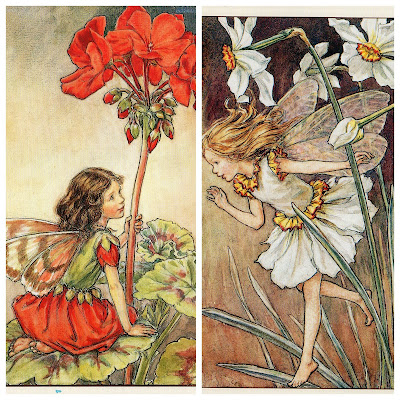 These two Flower fairies came flying in through my door together on the same day, a couple of weeks ago - but from two different countries. One from the Netherlands, the other from the U.K. (Geranium and Narcissus - by Cecily M. Barker, 1895-1973) 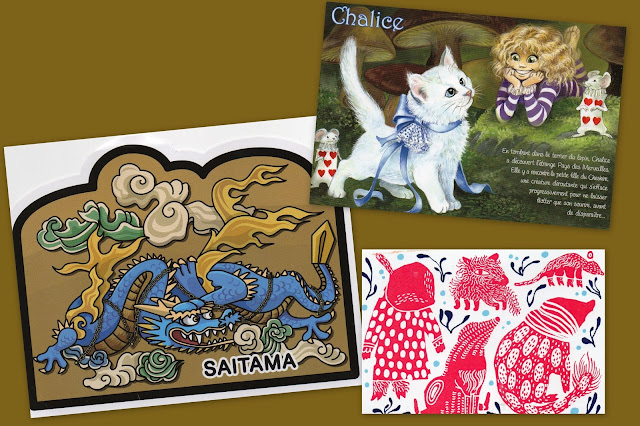 1. A blue dragon from Japan (a so-called Gotochi-card).

"Gotochi cards are designed and released by the Japanese Postal System. --- Gotochi cards have a couple of unique features that make them special. First of all, they are not perfect rectangles, but in fact take on the shape of their picture. Also, each card not only has a cartoon picture on it, but also the name of the place that is depicted in the image." (Source: Postcrossing blog) (not sure if the link works for non-members)

2. A different take on the Alice in Wonderland theme (role reversal between Alice and the Chesire cat). From France.

3. From Finland. An illustration by Ilona Partanen.
Posted by DawnTreader at 13:11