One Day At A Time

It's been an out-of-sync kind of week. For one thing: Spring arrived, then took a step back, then moved forward again, then suddenly threw a massive violent thunderstorm with rain and hail at us, then surprised us with a sunny smile again - only to change its mind once more and pour more water on us today... Not all easy to keep up! 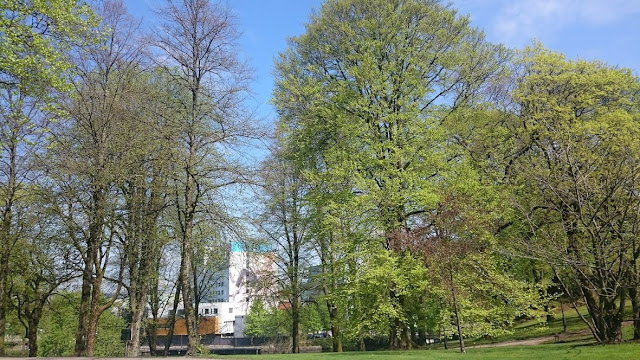 Thursday (with rain and thunder in the afternoon) was Ascension Day, which is still a public holiday here, in spite of always falling on a Thursday. A bit odd really, as most people nowadays probably don't even know why we celebrate it (even though its name in Swedish is really a lot clearer than both Easter and Pentecost, as it does literally refer to "the day Christ went up to Heaven"). - In the morning, I read a post on Facebook written by the arch bishop of the Church of Sweden, Antje Jackelen. She quoted a comment she had had about this holiday last year (when we were in the beginning of adjusting our lives to various corona restrictions): "Is this the day we celebrate that Jesus started working from home?" and she went on to develop that theme a bit. (Quite a clever take on it, which wouldn't have made half as much sense in 2019; but feeling very contemporary in 2021, with most of us now used to relying more on other kinds of communication than physical meetings.)

On Friday (sunny), I got up a little bit earlier than usual, as I had an appointment at the hospital for a routine breast screening. (I think these check-ups work basically the same in Britain; and probably in many other countries as well.) I had decided to take the bus there, and perhaps walk back. It would have been my first bus ride in 15 months. However, it did not take place, because I got a text message on the phone that the appointment had been cancelled because of a "stoppage",  and I'd get new invite later. (I think "stoppage" is the best translation of the Swedish word used. I interpreted it as a technical problem, but I'm not quite sure.) Anyway, it meant that quite unexpectedly, I suddenly I had a "free" Friday with no plans at all.

The sun was shining, the air fresh after the rain, and my local newspaper told me that there was going to be a mini version of the traditional spring market in the town square. (B.C. - Before Corona - the spring market used to be a Big event, taking up not only the whole square but also several of the nearby streets.) So I decided on a walk downtown, just to have a little peek. I didn't have the camera with me, but snapped a few photos with my mobile. 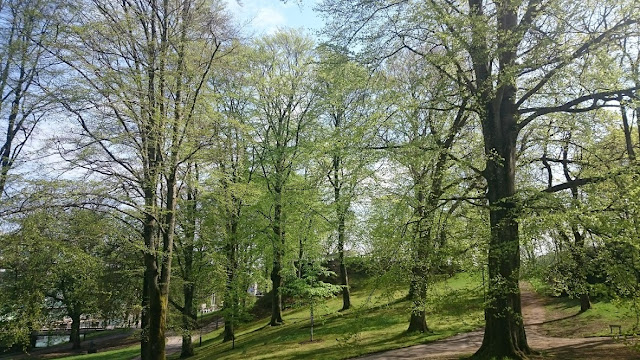 The town park was clad in lovely shades of fresh spring greens. 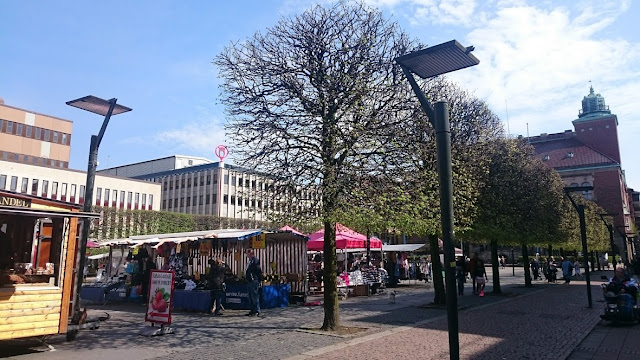 In the square there were a few market stalls giving a "whiff" of Spring Market, but really nowhere near the traditional B.C. atmosphere. (See for example a post from 2015) 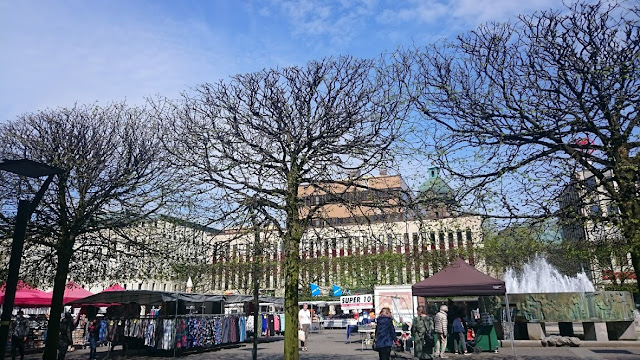 I think more people were really attracted to / tempted by the nearby shops surrounding the square. So was I; but I know we're still in a bad situation here with the virus (still too many people in intensive care in the hospital etc). I bought some socks at one of the outdoors market stands, though (one of my spring market traditions). I also went into one clothes shop very briefly to buy a pair of leggings (petrol green), to go with some existing tops in my wardrobe. But further "browsing" for summer clothes will have to wait a while longer.

On my way back home, I passed through another part of the park. 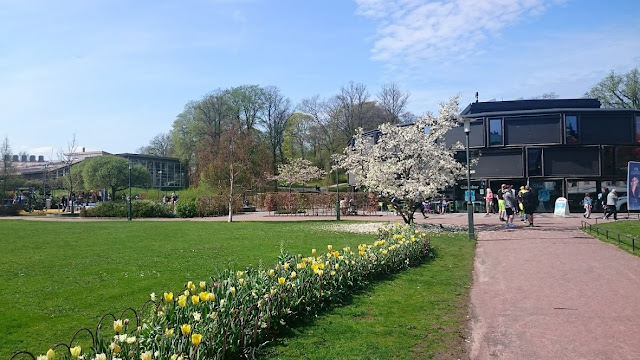 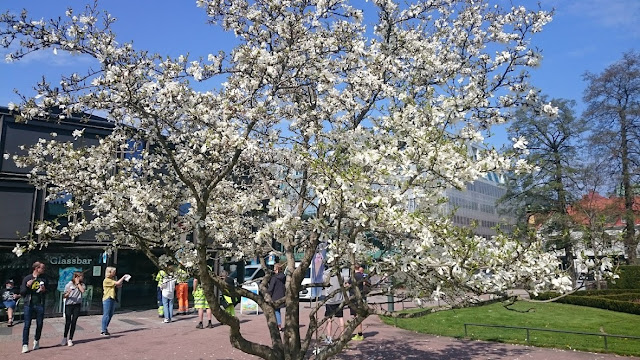 My first ice cream will have to wait until a day when there's no queue! But I was happy to see the white magnolia tree on a sunny day in all it's glory. 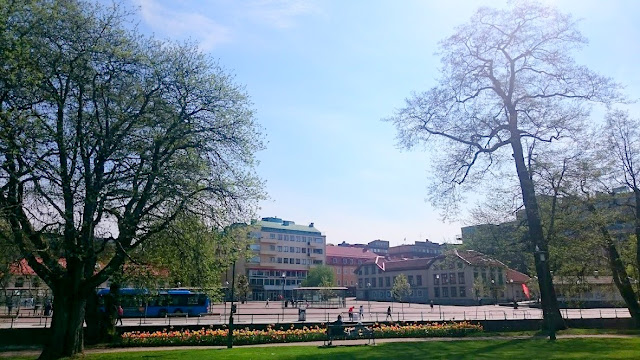 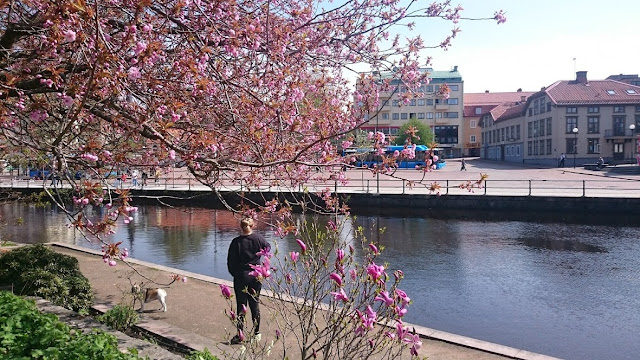 So far, not much to complain about, you may be thinking. I agree. The "out-of-sync" feeling didn't really hit me until today, when for one thing it was raining again, and for another, the washing machine in the common laundry room turned out to be broken when I came down to do my washing. Also a kind of "stoppage". (The machine would not open, it seemed to have water left in it, and the problem could not be solved by turning it off and on again). I reported the fault and re-scheduled my booking; it was a bit of extra nuisance, though, since I had already had to postpone my washing this week because of other out-of-sync things.

Ah well. Now today is almost over; and tomorrow will be a new one!

Posted by DawnTreader at 23:58

Labels: Ascension Day, spring, spring market, this and that