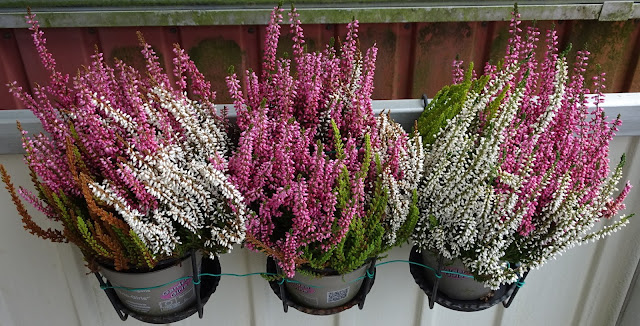 In a comment to my post yesterday, Meike mentioned heather as autumn decoration. I didn't include them in yesterday's post, but I've had these three pots of tricolor heather hanging on one side of my balcony rail for over a month already. (Nature just put on such a glorious show of tree colours in October that I never got round to showing these back then.)

I don't think I've seen three colours of heather together like this in one pot before, until this year. I've sometimes bought three of different colour and planted together myself in a box, but as these were already mixed, I just kept them in their original pots in separate holders (which I've had for years and use for different plants depending on season).

For Halloween/All Saints, I also brought up my LED-light tree from the storage room - bought some years ago to replace a string of fairy lights, as the tree is easier to handle. A few branches don't light up any more, but still "enough" for another winter, I think.

I put it up early because I prefer to do it on a dry day before it gets too wet and cold. I keep the lights switched off most of the time until Advent, but in the daytime it serves as winter decoration anyway, resembling a bush with white berries. 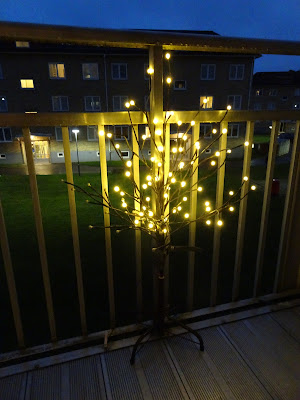 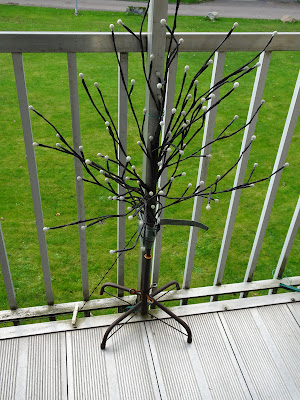 Posted by DawnTreader at 18:25