Turn On the Lights 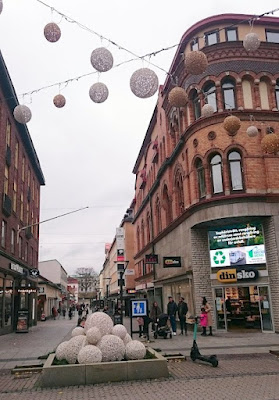 The weekend before 1st Advent Sunday in my town is traditionally celebrated by officially turning on the Christmas lights in the city centre and park on Saturday afternoon. Last year I think they cancelled it (not the lights, but the public event) but this year it was announced to take place as usual, at 4 pm today.

However, rain has been pouring down from dense grey skies all day today, and I did not feel tempted to go out. (The photo above is from another day, when they had just started getting various decorations up.) Actually today was such a dismal wet day that I chose to not set foot outdoors at all. It just didn't seem worth the trouble! (of getting wet etc)

So what to do for alternative exercise? I decided that if the town is turning on the Christmas lights, I might as well take on the job of changing my kitchen curtains - which I'll want done before putting up other decorations for 1st Advent anyway.

If you've been following me for a few years, you'll know the drill by now... But I snapped a couple of new photos anyway - it's easier than looking up old ones! 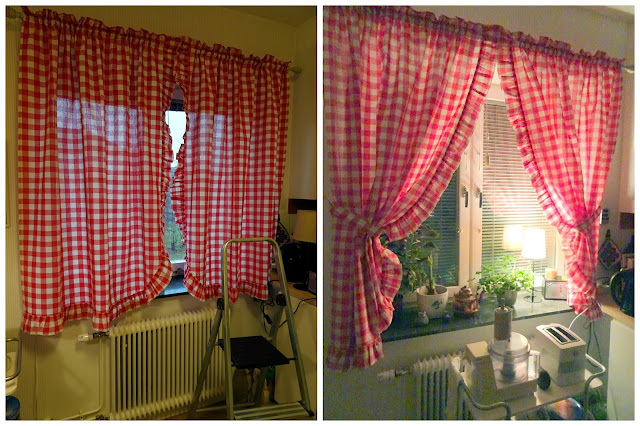 The window star and electric candles won't come up until towards the end of next week, though. They're still in a box in my basement storage room. (The curtains, on the other hand, I keep in a chest in my living room, so I did not have to go down to the basement for those.)

Yesterday, the first Christmas card also dropped in! - from a penfriend in England, who is always early with hers: 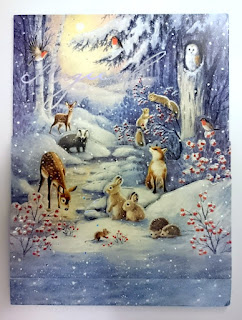 I've got started with mine to be sent abroad as well - those going "overseas" will probably be posted some time next week.

Meanwhile, below is a postcard of the latest fashion in Paris 108 winters ago - sent from my great-aunt Gerda to her brother Gustaf in November 1913, from the Capital of Fashion. (If you want to know more, visit my Sepia Saturday post on my blog Greetings from the Past.) 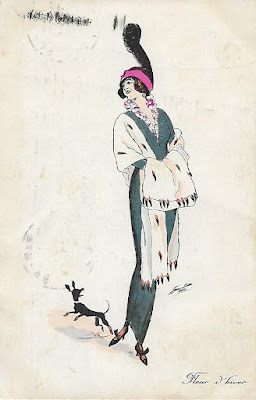