It's been a mixed week of this and that, but Nature keeps getting greener, as we're passing from spring to early summer now.

▲From the old cemetery, where I walk most days.▼ 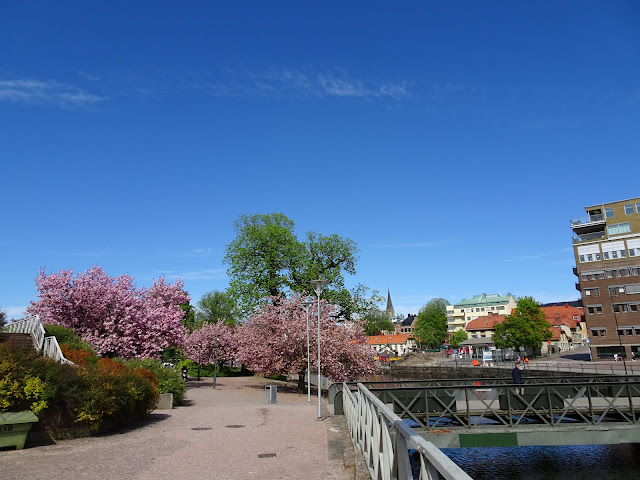 The cherry blossom trees in the big park downtown are of a later kind than some in other parks around town, but they too are beginning to fade away now (Tuesday). 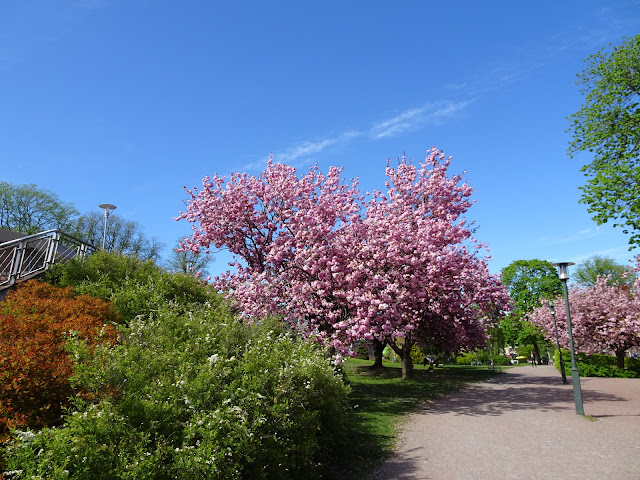 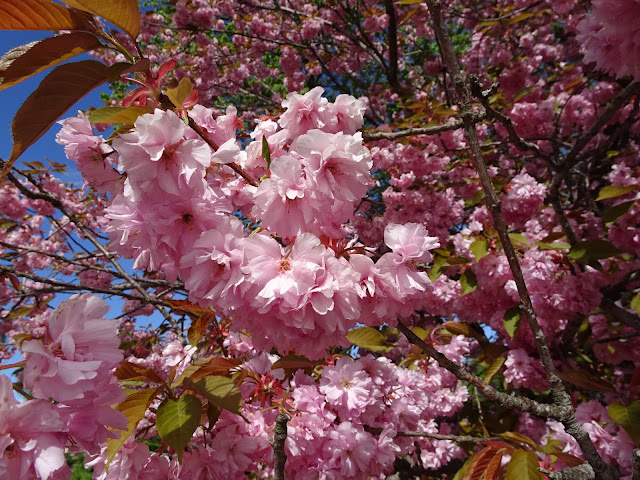 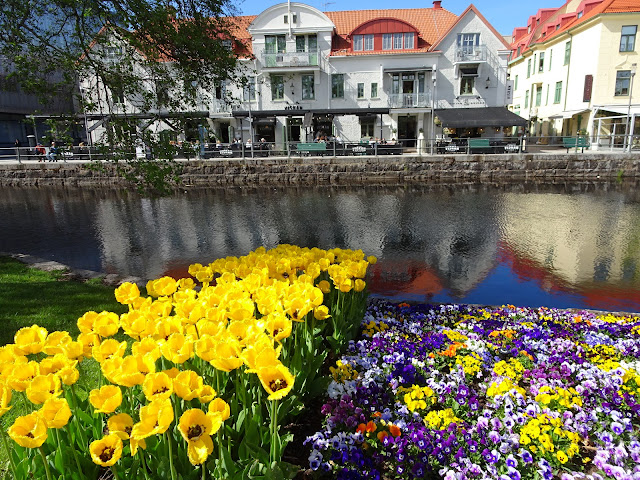 Colourful flowerbeds along the river in the town centre 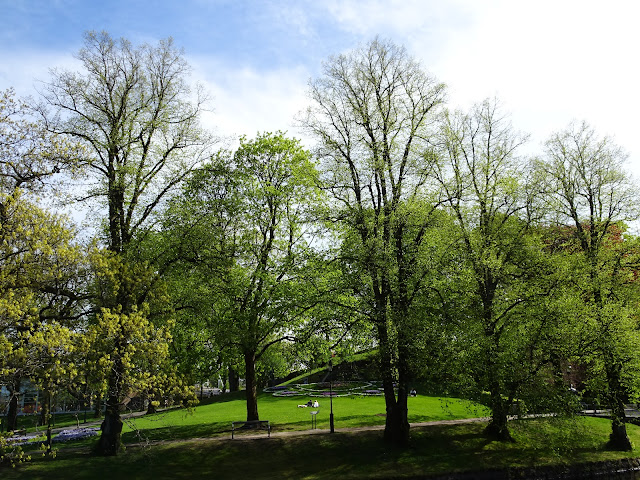 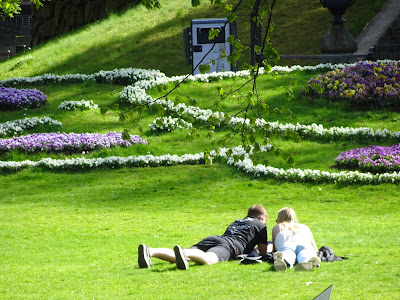 People enjoying the green lawns and the flowers in the park 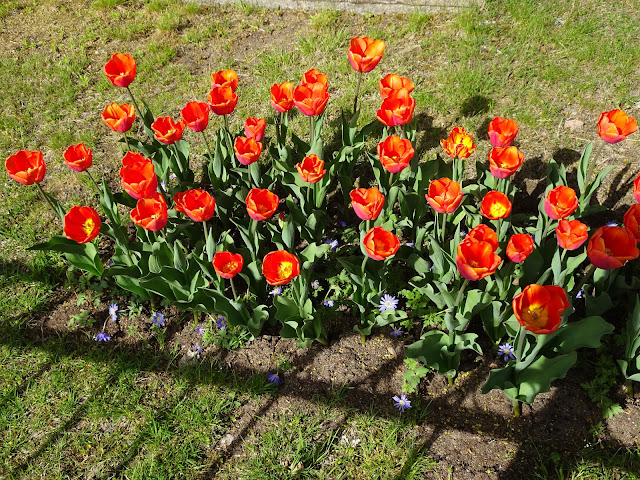 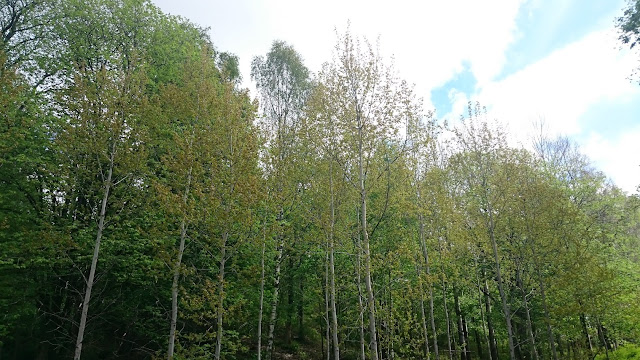 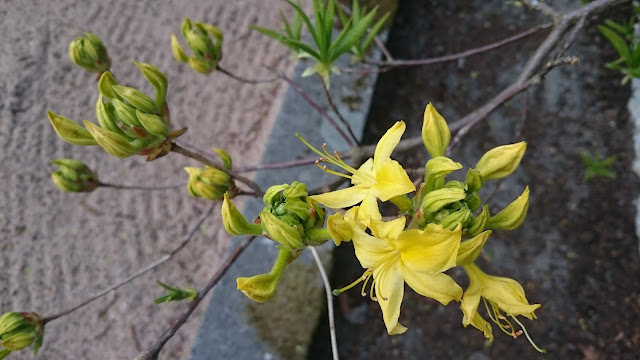 ▲Azaleas in the cemetery about to bloom▼ 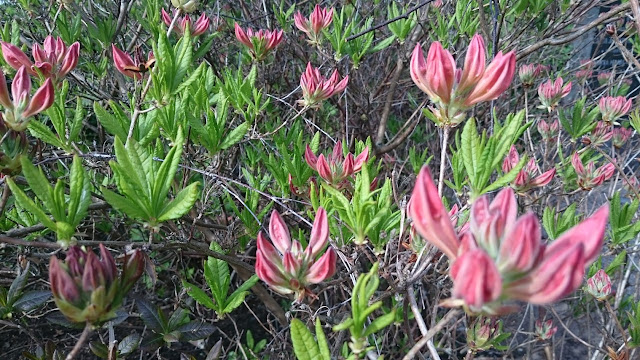 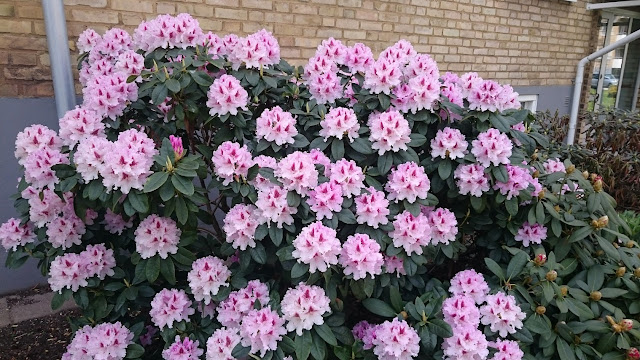 Some kinds of rhododendron in sunny places already in their prime 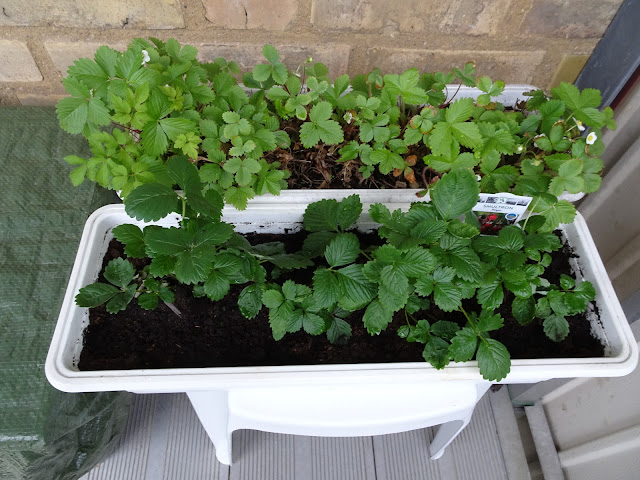 They're still at work on the roof of the building where I live, and we're still surrounded by scaffolding and not really able to use our balconies much. But this week I saw they had strawberry and tomato plants at my supermarket, and I decided to buy some, because if I wait, maybe I can't get any (or at least not at walking distance from home).
The strawberries at the back in the photo are my old ones, which have survived several winters under the bench on my balcony. I replanted them in new earth a year or two ago and they still seem content with that. But I decided to go for more strawberries (I knew I had an identical empty window box in my storage room), precisely because they have proved themselves to accept the strange and varied climate on my balcony (hot and sunny vs chilly, went and windy, and freezing cold in winter). I'll hang them on the balcony rail later; for now I've put both boxes close to wall, out of the way for workers who might occasionally have to access the balconies as well (they're also exchanging drainpipes). I also bought one cherry tomato plant. That needs a more protected place than the strawberries but I had room for one pot next to my clematis (my other winter hibernator). 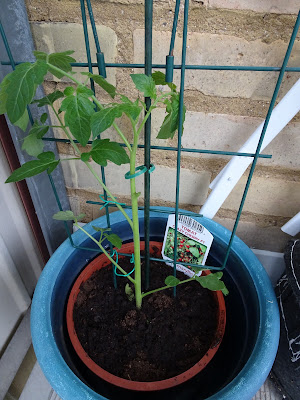 Posted by DawnTreader at 19:13