On my previous post, readers asked questions about the "big green balls" that could be seen in some of the photos - for example this one: 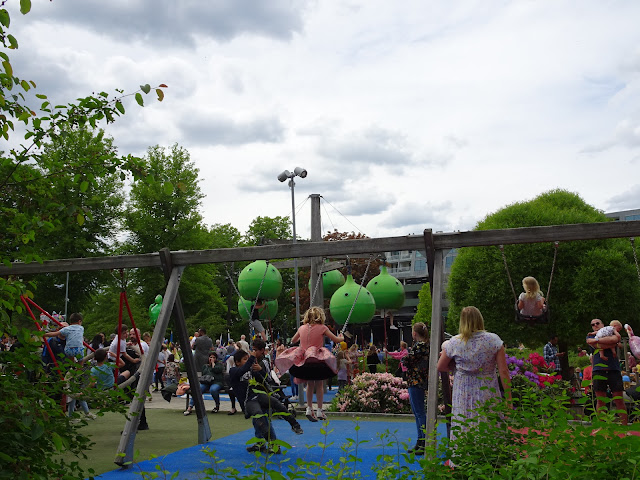 This made me realise that all I knew myself was that they belong to some kind of playground contraption. As I have no little children to accompany me to playgrounds and keep me up to date with things like that, it's never really occurred to me to explore further.

Other people wanting to know always raises my own curiosity as well, though - so on my next walk through the park, on a quiet Thursday morning, I stopped to take a couple of photos while there wasn't anyone playing with it. 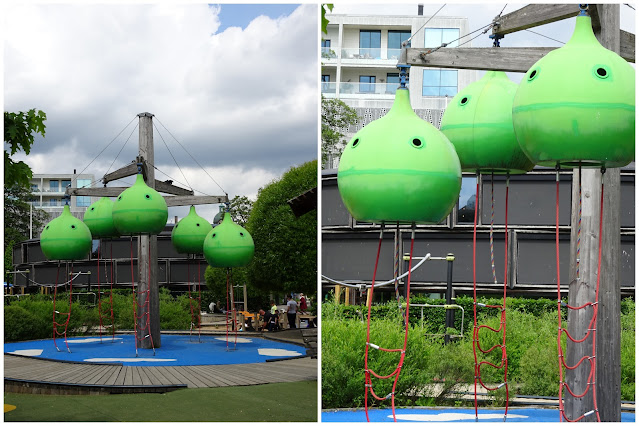 I contemplated going up even closer to investigate, but decided against it. In my head, I could see imaginary headlines: "Senior citizen taken to hospital after trying to climb rope ladders in playground. 'I just wanted to see the inside of the big green balls,' the 67-year-old woman claims, without being able to properly explain her motives. She was also carrying a camera, which has been handed over to the police."

Posted by DawnTreader at 18:41