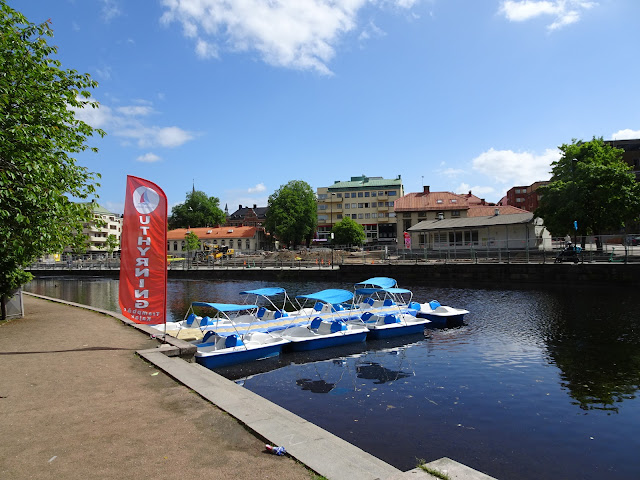 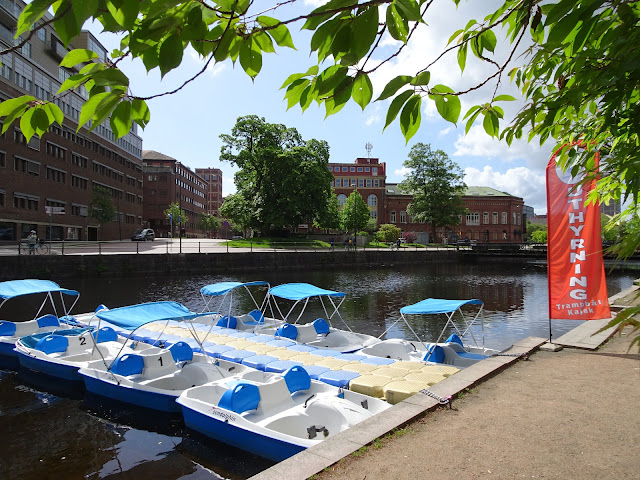 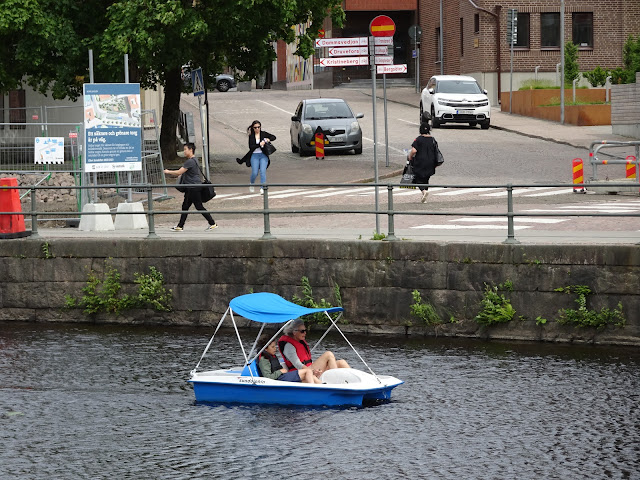 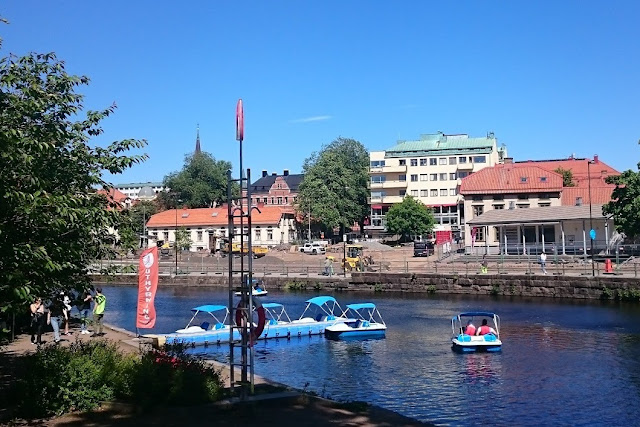 Walking into town this week, I noticed a new feature in the park: paddle boats (pedalos). Not feeling tempted myself, but something new to point the camera at is always welcome!

In the background, you can see they're still working on a total reconstruction of what used to be our "bus square" (meeting place for most of our city bus lines). (In the future, it will be more of a park area, with only some of the buses meeting there.) 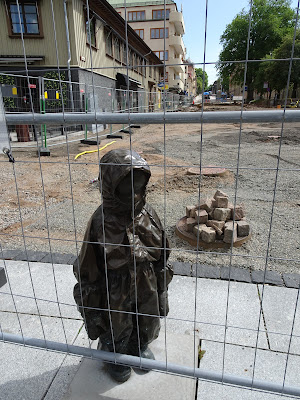 A popular sculpture, fenced in for now.

At home, I'm still feeling a bit like that myself (fenced in). The building is still surrounded by scaffolding. Roofers and tin-smiths are still at work up on the roof; and now lift installers are also working on replacing the lifts (elevators) inside. Which means more or less constant noise from both above and below, throughout the workdays. (The lift work is noisier than most of the roof work has been.) I've been finding it hard to concentrate on things like blogging, which is why there haven't been any posts during the week.

Wednesday was laundry day for me, and as for me that means using a common laundry room down in the basement, just now it also means carrying things down (and up) the stairs, and walking past the lift repairmen and all their mysterious whatnots spread out over the otherwise empty basement corridor - and normally locked doors open to reveal the inside of lift shafts, machine rooms and electricity cupboards. The investigative journalist within me was of course itching to take photos - but as the lift guys were about as well, I did not... ;)

I.e. not until I went down to collect my last lot from the drying cabinet, after the guys had finished for the day. But then they had also (all things considered) done a pretty good job tidying up before they left: 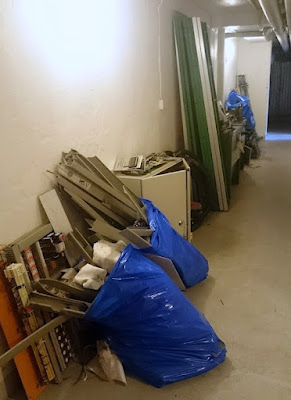 Posted by DawnTreader at 19:56