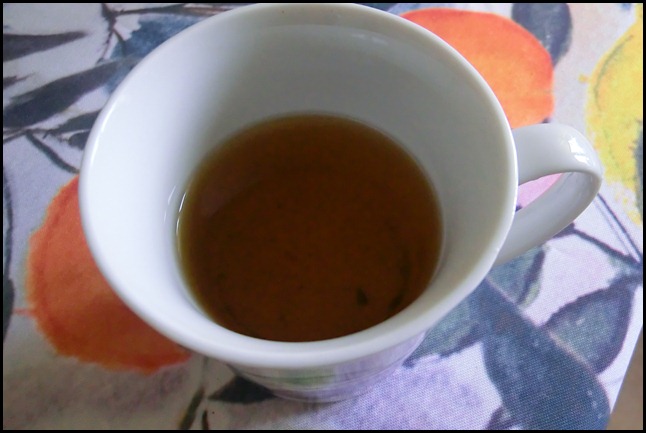 Do you feel ready for another cup of tea?

I keep getting inspired by comments from my readers, so when Ginny and GB commented on My Cup of Tea, mentioning white tea and gunpowder tea, it led to another visit to my favourite tea shop. I know I have had gunpowder tea in the past but it was a very long time ago (probably back in the 1980’s); and white tea I was not sure whether I’ve ever had or not.

So I went into the tea shop and specifically asked if they had white tea. It turned out they did, but only two to choose from, one flavoured and one plain. Since I wanted to try out what it’s “really” like I chose the plain one without added flavours. 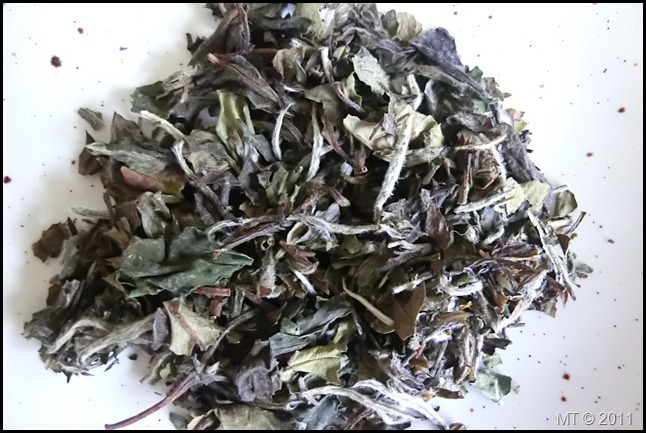 The white tea is very little processed, more or less just dried; so it’s very “fluffy” compared to other teas. Luckily the girl in the shop advised me about this and said I could buy only 50g of it instead of the usual 100g. I’m glad she did, because I have to say my first impression is that it had no taste at all! But I’ll not be too hasty in my judgment. I’ll experiment a bit with how to brew it. Maybe it needs more leaves per cup. 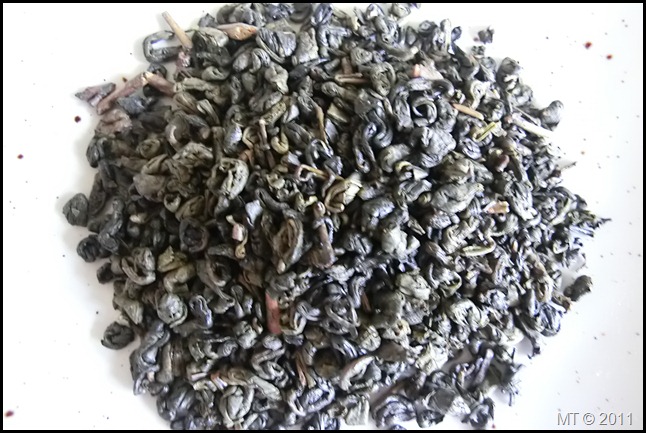 Gunpowder tea on the other hand is very compact. (The paper bag with 50g of white tea was bigger than the 100g bag of gunpowder.) It is green tea where each leaf has been rolled into a small round pellet. It is believed to take its English name from the fact that the tea resembles blackpowder grains. The name may also have arisen from the fact that the pellet sort of  "explodes" into a long leaf upon being steeped in hot water. Another explanation is that the tea also has a smoky flavour. I remembered this taste very well already at first sip. Actually I quite like it. I have no idea why it’s been so long since I last bought it. Perhaps just because so many other interesting flavours came along to try out.

Posted by DawnTreader at 07:01