I’ve known for years that on my mother’s side of the family I’m included in a genealogy book for a huge and locally *well-known “tribe” of people with roots going back to the time around when the town of Borås was founded (1621)  *(Famous mainly for the fact that it IS huge and rather well-researched, I think).

I found the book in one of my raids in The House, and took it home with me. This weekend for the first time I had a closer look, trying to make head and tail of the name-tables and trace my “bloodline” on that side of the family (my mother’s mother’s father). 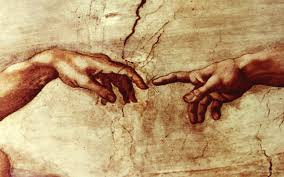 Presumably, even this Ancestor did not spring directly from the hand of God, but must in turn have had parents and grandparents and great grandparents… But as before the 1620s there was no law in Sweden about keeping parish registers, it seems that this is as far back in history as anyone will be able to get.

By now, the “family” is supposed to count around 23.000 members – 16.000 still living. And I who always claimed to have very few relatives…! (Which is still true if referring only to close ones: One brother, one aunt and two cousins. However, digging beyond that, my perspective is beginning to widen a little…)

Out of the Book also fell a family coat of arms. Wow. I got fascinated by coats of arms some years ago in connection with my Harry Potter-mania; although back then I had no idea that I had one of “my own”… Must have been my inherited sixth sense nudging me to get prepared for the discovery! (Read on.) 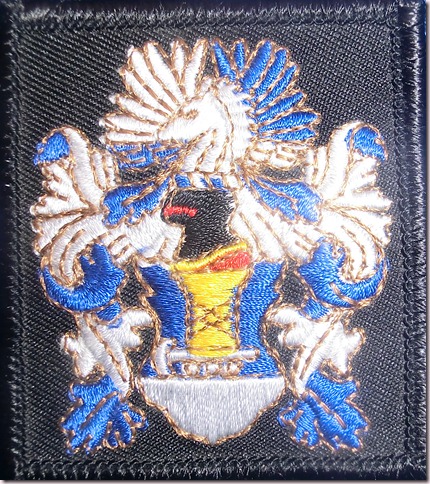 Of course this coat of arms is completely fake in that it does not really go back to the 1600s (a tenant farmer wouldn’t have had a coat of arms). As far as I understand, it was designed in the mid 1900s or so…

… but the design inspired by a story about Nils Nilsson, son of the first Nils, who lived 1656-1708. According to tradition, he was a travelling tradesman/pedlar, who even travelled as far as Russia. Once (the story goes) he sensed that he had better get back home very quickly, and he then travelled on a sled over the ice, embedded in a load of straw. This is supposed to have happened in connection with a great fire that devastated the town of Borås in mid December 1681.

So the family coat of arms includes a sled and a sheaf. I’m glad the explanation is given in the book, because at first glance I really didn’t have a clue what those symbols on the shield were supposed to be… ;) 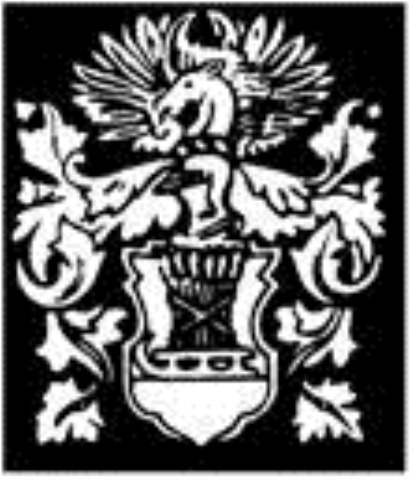 Posted by DawnTreader at 23:13