Since I first ventured out in the Blogworld a few years ago, and especially since I joined the weekly Booking Through Thursday meme (not sure when that was – around two years ago, maybe?), e-readers seem to have become increasingly popular; and judging by what I come across in the Blogworld, I rarely hear about any other kind than Kindle.

In Sweden however, it’s not that simple. Kindle is not an obvious choice, as Amazon don’t have Swedish e-books. Moreoever, libraries as well as publishers here have hesitated between different systems; and library books here can’t be downloaded to Kindle.

Actually I’ve never seen any kind of e-reader advertised in Swedish media, or in a store where I could just go in and check out what they really look like. And no one I knew had one...

… until, this summer, my brother (who else?) bought a Kindle (from the US), and brought it to show me when he was visiting. That was the first time (and so far the only time) I saw one IRL (in real life).  After that demonstration, I did see some advantages of it though, and decided to order one for myself too.

Ordering the Kindle proved easier said than done though. The first time I tried (back in August), I obviously did something wrong, because just I kept getting error messages. So I got tired and gave up, and it took me a while to get inspired to try again.

This week I decided to have another go. Scriptor Senex mentioned a book that sounded interesting, and when searching, I found that the title was available as e-book for Kindle… So again, I was inspired to try and overcome the obstacles.

When I got to the Amazon webpage this time, however, it seemed that the version my brother has – Kindle Touch - was no longer available, but has just been replaced by a brand new version just now being heavily launched (Kindle Paperwhite). That one seemed to have both pros and cons compared to the Touch that I had set my mind on…

… so I had to start by reading up again on reviews and demonstration videos etc. But as the new one seemed the only option now (except the cheaper Kindle, with buttons instead of touch ), I decided to go for it; and  went ahead…

… Or so I thought. But again the order just would not go through and I kept getting error messages, and  couldn’t figure out what on earth I’d done wrong.

Until… I suddenly noticed a small-print link referring me to the "international" page; and it dawned on me that every time I'd visited the site so far, I'd been on a page for US residents only; so that was why I was unable to complete the purchase.

SO I clicked on the magic link and got transported to the international page. But what do you think I found there? … NO trace or mention of the new Kindle Paperwhite; but instead the Kindle Touch that I originally had in mind still seemed available!

Confused, I left Amazon and went a-googling again. Turned out that the new Paperwhite is only being launched in the US for now (and even there it seems they are having problems with the delivery date), and no date has been set for when it will also be sold to Europe. The speculations are that Amazon want to make sure they have enough PWs for all the Americans who want it for Christmas first! So Europe will probably have to wait another five or six months (or until we’ve bought all the remaining stock of the Touch … my suspicion!).

Finally having got this far in the process - did I want to have to wait another five or six months?? No I did not! Especially not since I had been set on the Touch to begin with, and hadn’t heard a word about the new one until that very day. So (after some trouble in finding my way back to the well-hidden Amazon International page...) I went ahead and made another attempt to place an order... And yay! This time I succeeded! The Kindle Touch has been shipped, and is on its way. With luck, I might even get it before the weekend.

The main advantage of the “old” Touch over the new(est) one is that it also supports audio; something that has been removed again from the new Paperwhite. As I like the idea of being able to shift between reading vs listening to the same book, I hope it will all turn out for the best for me that I’m European and not American…

At the same time I have to shake my head a bit at the marketing process, though… (And also the lack of a world-wide common standard for e-books, still.)

No doubt I’ll get back to this topic here once I’ve got my Kindle and have had a chance to get more acquainted with it. While waiting, I’ve already downloaded a number of free books to “the cloud”, so that I will have something to start with… 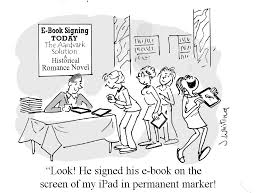 Wikipedia: “The Amazons (Greek: Ἀμαζόνες, Amazónes, singular Ἀμαζών, Amazōn) are a nation of all-female warriors in Greek mythology and Classical antiquity. Their name has become a term for female warriors in general.”

Posted by DawnTreader at 23:54