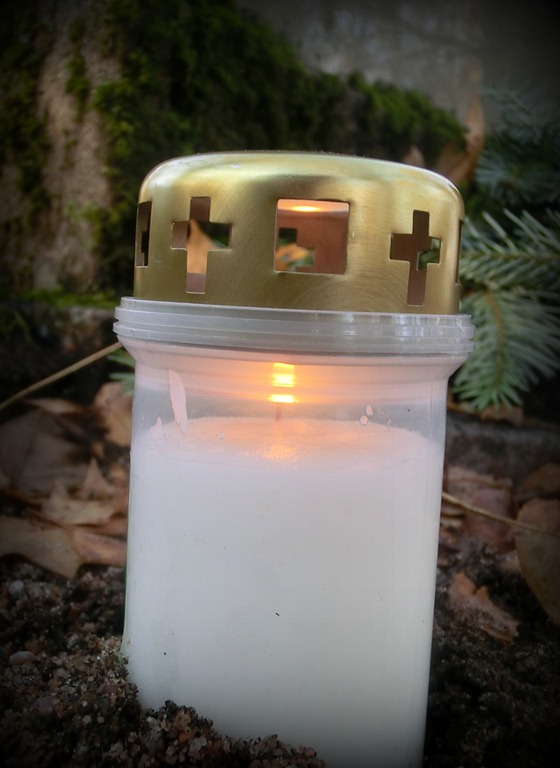 In my Sunday post I mentioned our Halloween/ All Saints Day traditions of visiting the cemeteries to light candles on family graves. In that post was a link to a post on the same theme from last year. And in that one a link to one from 2009. I put in these in more for my own convenience than anyone else’s, but should you follow them, you’ll find that this was never a favourite holiday of mine, quite the opposite. I definitely did not “enjoy” the autumnal graveyard visits back in my childhood; and I avoided them for most of my adult life.

However, in the past few years, with my own parents also passing out of time, I’ve had to find new ways for myself to deal with the churchyard traditions as well as other “facts of life and death”. 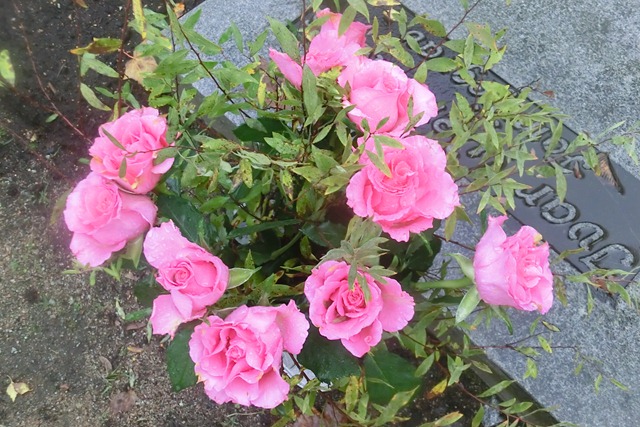 A comment on my Sunday post brought up a related topic that I’ve actually been thinking about a lot. As I wrote in a reply, personally I never really felt need of a tombstone or grave to go to, to remember those I knew who had died.

However, when my mum died (in 2009), dad was already suffering from dementia, but one thing he was still clear about was that he wanted a traditional earth burial in a new grave for her (and himself) in the churchyard in the village where they lived the last two decades of their life (which was also where dad was born and grew up). And then of course when he died two years later, he was buried there too. 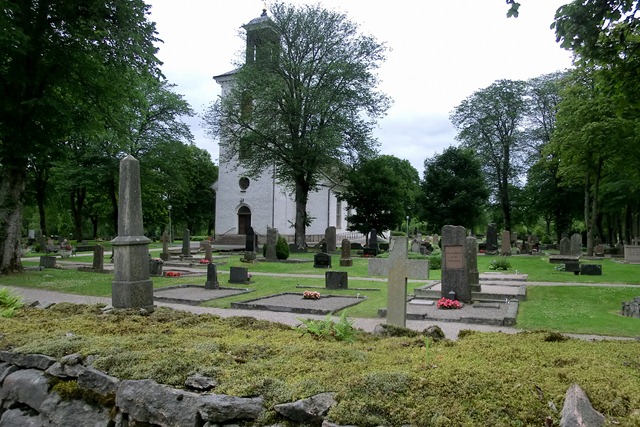 Not driving, I can't get to that country churchyard on my own, and my brother lives far away; and after we’ve sold the House (hopefully next year) our visits will probably be even more rare. But we pay for all-year-round care (flowers in the spring and summer, a winter decoration in winter); besides our parents’ also for our paternal grandparents’ grave in the same churchyard. I don’t know how it works in other countries; but here in Sweden, every grave must have someone registred as responsible for it, which includes either looking after it yourself, and keeping it both safe* and tidy, or pay a fee to the church to do so. 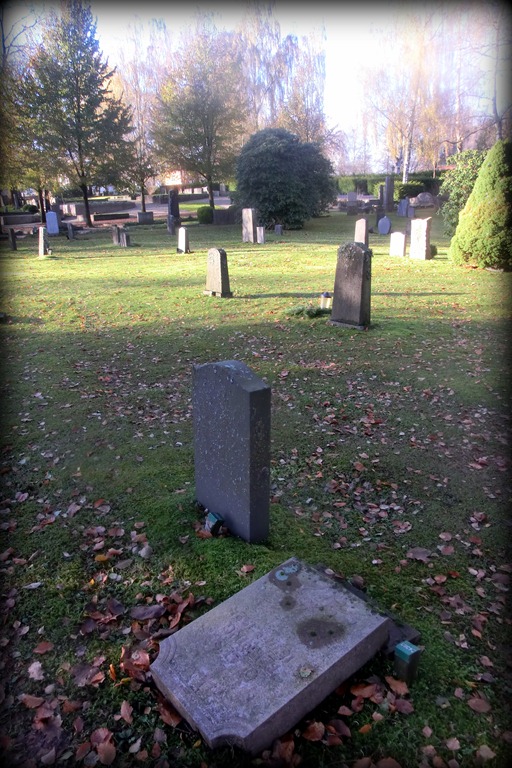 *As for the “safety” part, there was a tragic accident in a cemetery about a year ago, which made this a big national issue in Sweden. A child was killed by an old tombstone falling down on her. Can you imagine the tragedy? 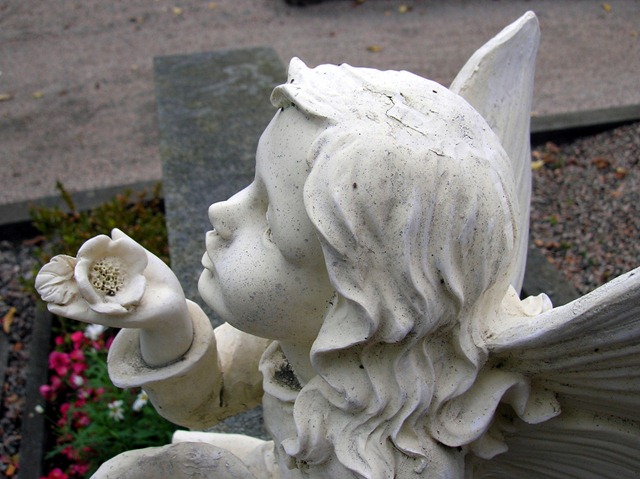 Since then every standing tombstone in every cemetery in the whole country has been checked; and those found not to be secure have been laid down. 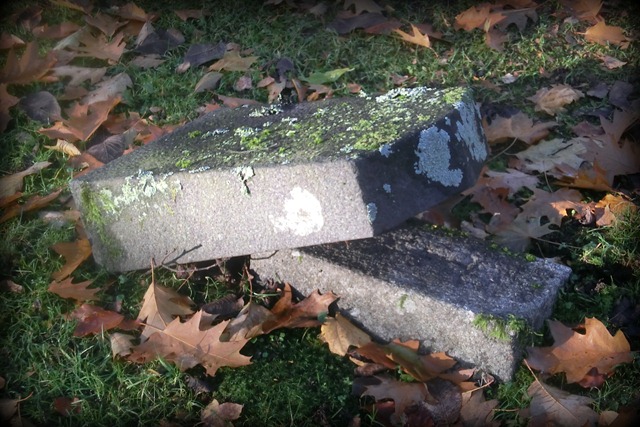 Graves that no one is willling to take care of any more shall be returned to the church. If an old grave seems not to be cared for any more and they don’t know who is responsible for it, a sign is put up and if within a certain period of time no one has been in contact, then it’s up to the parish graveyard administration to decide about it. Some very old or especially interesting tombstones are kept as being of historical value, but most returned graves are now “recycled”. 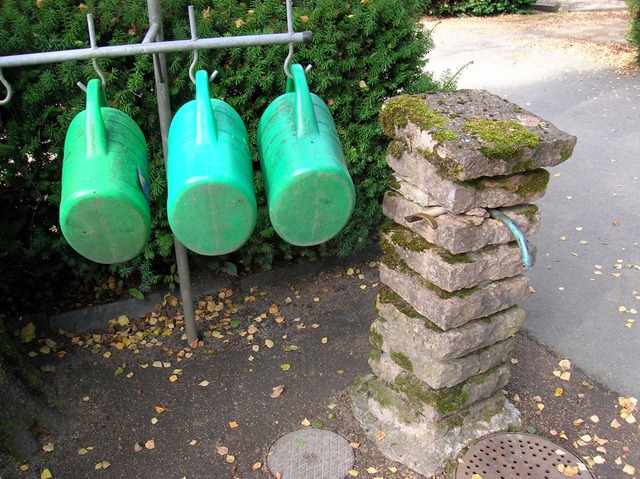 My parents looked after for several old family graves in that same churchyard where they now rest themselves – and they used to do it all themselves (planting flowers and weeding etc) until shortly before mum died. When they no longer could, it was a bit of an extra headache for my brother and me to suddenly have all these old graves to sort out besides all the more immediately important matters. And after dad died, we had six months to either find someone willing to take over, or else return them to the church. 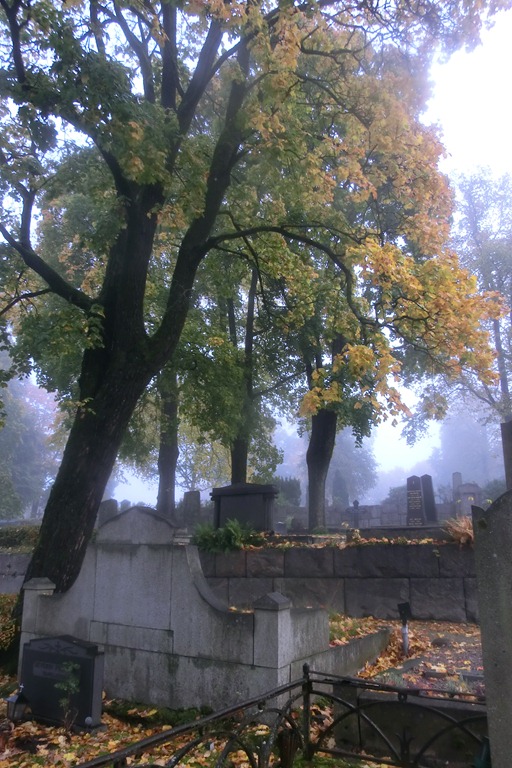 Besides my parents’ and paternal grandparents’ graves I signed up to keep that of my grandfather’s grandparents (with whom he grew up) - a small anonymous-looking tombstone already lying flat in the grass (so it can’t fall down on anyone!), and without flowerbed. I still have to pay a small sum even for that now, just for them to trim the grass around it in summer, but never mind. There’s no real logic in it maybe, but I somehow “feel” for that grave because I know the couple buried there had such a hard life… 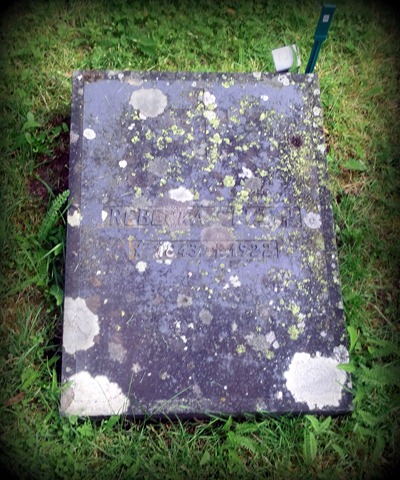 Three graves on my paternal grandmother’s side of the family we decided to return (I also consulted one of dad’s cousins before doing so).

On two of these, the tombstones are still left standing (for how long I don’t know - the flowerbeds have been removed). This past weekend, when I was visiting the graves of my parents and grandparents, I had brought some extra candles, so I put one on each of those old graves too. I guess I’m still feeling a bit divided about it all… The thing is, I know more about some of the people in those old graves now, than I ever did before (because of various papers and photos that we did not find or had time to look at until after we’d already returned the graves). 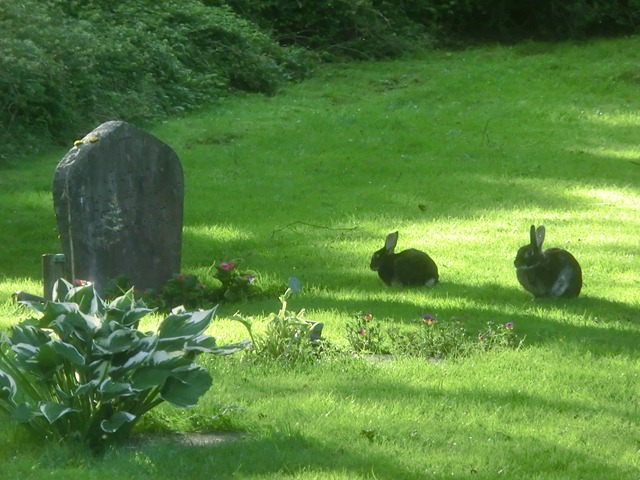 Since four years back, I also happen to live in close vicinity to an old cemetery in town. I pass by it, or across it, every time I go into town, which means I often walk there several times a week. 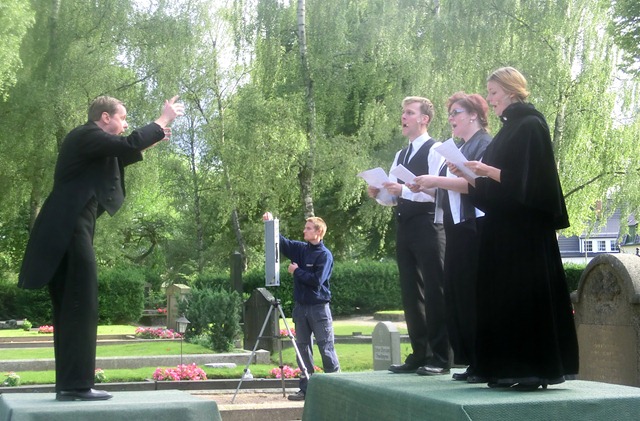 We also have a small theatre group in town, who on a summer evening or two put up historical performances in the old cemeteries – “bringing back to life” historical characters from the past. 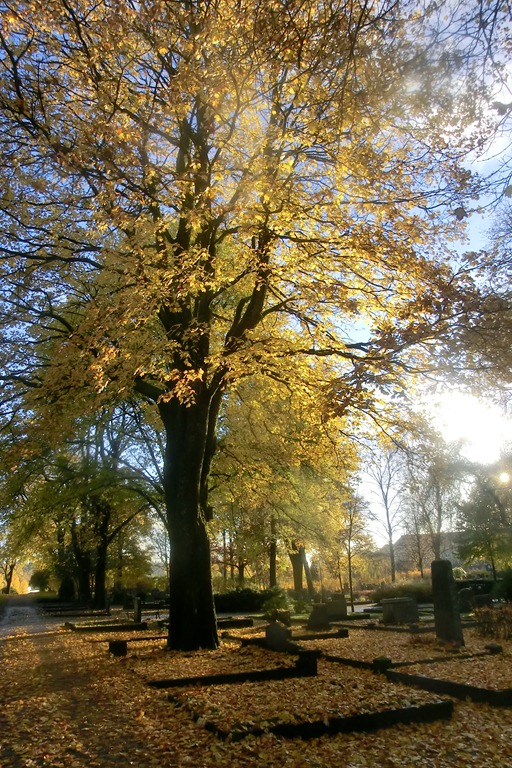 Walking in cemeteries these past four years, for all kinds of reasons varying between taking a convenient shortcut, attending funerals, visiting old family graves, just walking and contemplating, or taking part of entertaining local history lessons… has involved a lot of mixed feelings and thoughts. 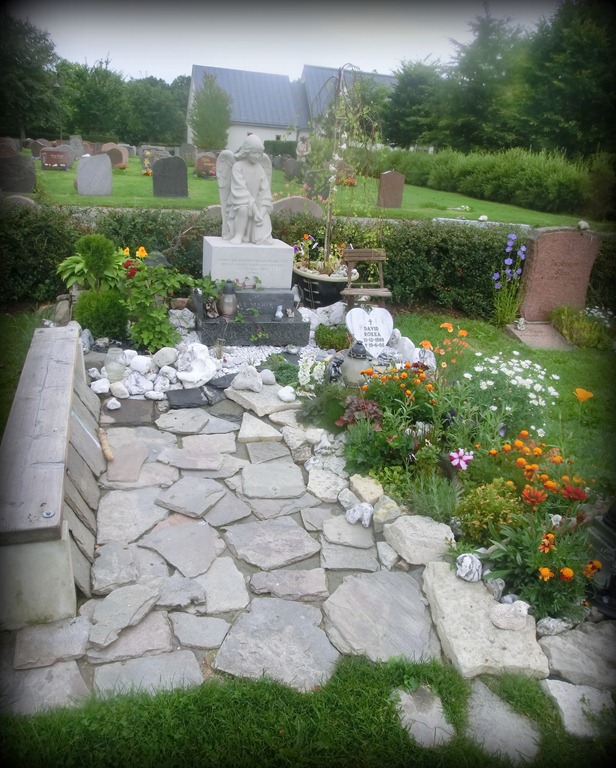 Obviously, for some people a grave means more than it does to me… (This little “park” is not a public area but belongs to one, rather new grave.)

I’m curious to know more about the traditions in other parts of the world. Do you have old family graves, who takes care of them, and what do they mean to you?

The photos in this post are from three different graveyards/cemeteries, and were taken on various occasions between last summer and now.

# “Taphophilia is an interest, morbid or otherwise, in graveyards and cemeteries. Graveyards were attached to churches, whereas cemeteries were specifically set up for the burial of the dead.
A taphophile is one who finds they are attracted to walking around cemeteries, reading the headstones and musing upon the family history contained therein.”

Posted by DawnTreader at 20:09