Once Upon A Time

Since I got my Kindle (five days ago) I’ve been engaged in a real shopping splurge… searching mostly for free e-books, though, so it hasn’t cost me much.

Ever since my University days (or even before) I’ve loved reading English classics in the original language. Some of the books that I’ve been downloading now, I already have as paperbacks since before… But I’ve also been able to add quite a few that I did not own before, and haven’t read. What a luxury to be able to do that without needing more actual shelf-space! (My bookshelves are full, and I don’t have room for more bookshelves…) And for free.

One download in particular the other day made me reminisce… That one did cost me a couple of dollars… but literally no more than that ($1.99): The Complete Works of George MacDonald (50+ works with an active table of contents).

George MacDonald (1824 – 1905) was a Scottish author, poet, and Christian minister. Known particularly for his poignant fairy tales and fantasy novels, George MacDonald inspired many authors, J.R.R. Tolkien and C.S. Lewis among them.

C. S. Lewis regarded George MacDonald as his "master": "Picking up a copy of Phantastes one day at a train-station bookstall, I began to read. A few hours later I knew that I had crossed a great frontier."

When studying English at University, back in the early 1980’s, I wrote an essay on some aspects of Lewis’s Narnia series, and in connection with that I also read several biographies about Lewis, and tried to find out about authors he in turn was inspired by. This was Before the Internet; and research was a whole other business back then, not just typing a few words into a search engine...

The University’s bookstore basically only kept in stock the books currently used in ongoing courses; and ordering something out-of-the-ordinary from abroad was quite a procedure. I did manage to find some mailorder bookshop though, through which I was able to order books from abroad, and pay by invoice (in Swedish currency).

I doubt anyone with English as their first language will ever quite grasp the enormity of the experience of discovering the endless possibilities opening up when gaining access to the vast world of English literature, compared to being confined to a “small” language like Swedish. (Not that we don’t have a lot of interesting literature of our own, and get a lot translated too. But still.) Even back then, English paperback classics were very cheap compared to Swedish books.

Finding books by and about Lewis was not much of a problem; but MacDonald was another matter. I did manage to get hold of Phantastes and Lilith as English paperbacks, though, and still have them. 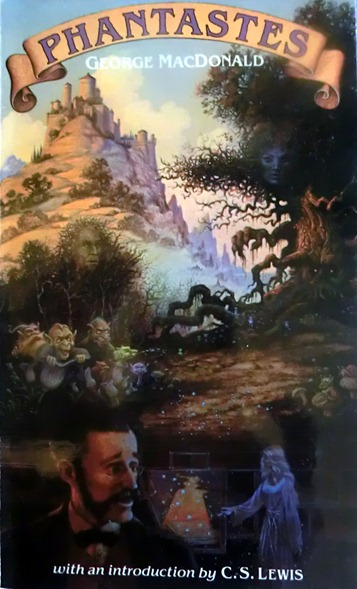 (Nearly 30 years since I read them, and to be honest I think I found them rather difficult.) I also have two or three others by MacDonald in Swedish translation.

(Still in the 1980’s:) Paging through heavy library volumes listing articles in various foreign newspapers and magazines, I also found some articles of possible interest from a monthly bulletin issued by The New York C.S. Lewis Society. I wrote to them – by letter (no emails back then, remember, and so also a lot of waiting involved in correspondence) – and they sent me copies of some articles or issues of the Bulletin that I requested. I also joined as a member with them for a couple of years. Paying for the membership and bulletins involved going to the bank to manually buy American dollar bills, and then sending these by letter to the secretary of the society.  (Placing a money order via the bank would have cost a lot more than the actual fee. Probably still does, if you can’t use a credit card!) The bulletin was of the xerox-copied kind. 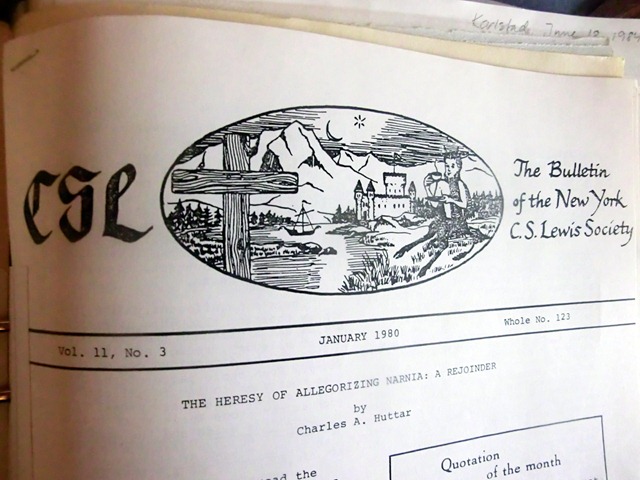 Getting lost in memories here… But I just couldn’t help making comparisons, when The Complete Works of George MacDonald suddenly appeared on my computer screen, instantly available for download from Amazon to my Kinde by one single mouse-click. 50 books for 2 dollars. Just like that.

Posted by DawnTreader at 16:57