The Chess Men is the third novel in “the Lewis Trilogy” by Peter May (following The Blackhouse and The Lewis Man – links go to my reviews).

For me this one was a page-turner from beginning to end. It starts with a disappearing loch (lake). Who can resist getting intrigued? I read the book in three days.

Former police detective Fin Macleod’s has taken a job as head of security on a private estate. In this capacity he is reunited with another close friend from the past, a reunion which continues to stir up memories and cast more light on his teen years, as well as questions about what determines our choices in life.

I really liked the whole trilogy, and the third book did not disappoint me. I wonder how determined the author is about keeping it a trilogy… While this book did tie up some loose ends, it doesn’t seem to close the door completely for a continuation. I can see a risk, though, that if it were to continue for too long, it would probably eventually grow repetitious and too unrealistic. But in this book, I think Peter May still manages very successfully to keep up the magic contained in the very landscape, climate and history of the island, as well as in the background of his main character. I’m still enchanted by May’s use of language and also the general reflections triggered by confrontations between the present and the past. My spontaneous rating (Kindle always asks) is 5 stars.

The Lewis chessmen in the title refer to medeival chess pieces found in 1831 on the Isle of Lewis, which may constitute some of the few complete, surviving medieval chess sets. They were probably made in Norway and are carved from walrus ivory and wales’ teeth. One characteristic feature is their rather expressive faces. 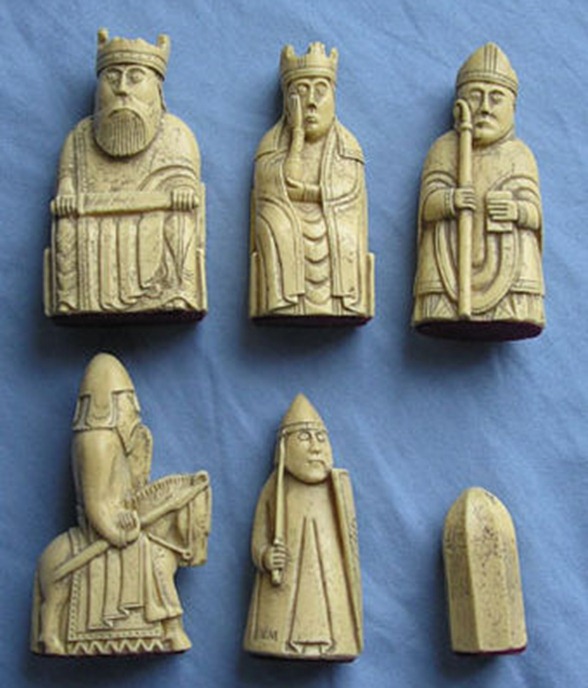 The British Museum in London has 67 of the original pieces, and the Museum of Scotland in Edinburgh has the remaining 11.

I learned the basics of chess back in childhood but I have to confess it’s been so many years since I last played that I had to check now in which order to set up the pieces. Which I did for this photo: 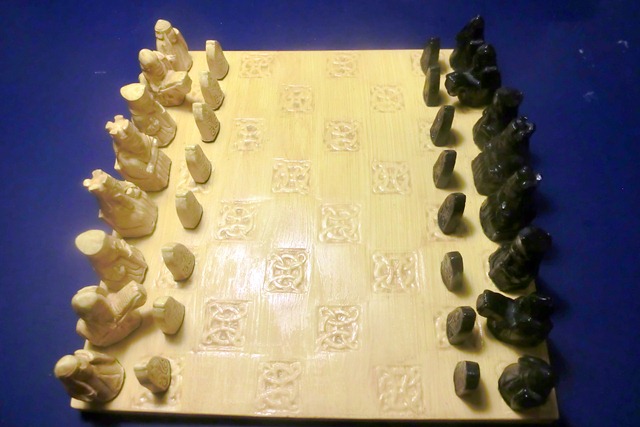 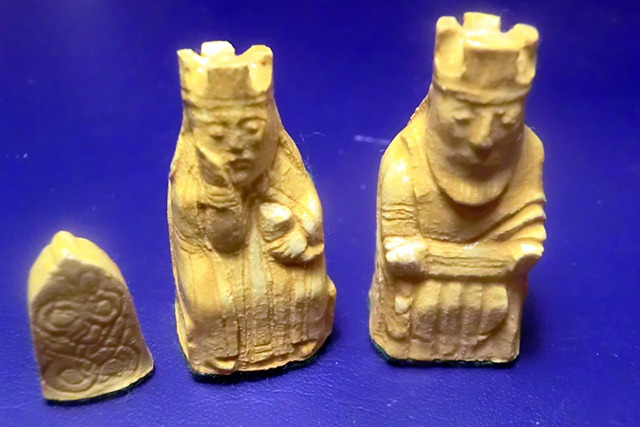 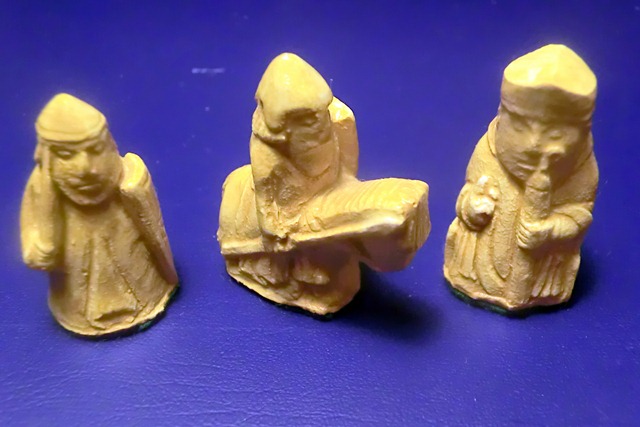 *Quote from the book:

“The Berserkers were Norse warriors who whipped themselves up into a trance-like state, so that they could fight without fear or pain. The fiercest of the Viking warriors.”

Some of my “highlights”, not containing spoilers but just examples of how the author uses language…

The distinctevely toasty scent of warm peat smoke filled the house. Stepping into it was like falling down the rabbit hole.

‘Because they knew they wouldn’t get a conviction in a court of law, Mr Macleod.’ He scratched his head. ‘But a court of the Free Church of Scotland… that’s another matter altogether.’

The storm had passed by the Monday, but it was still overcast, dull light suffused with a grey-green, as if we were all somehow trapped inside a Tupperware box.

Posted by DawnTreader at 22:30