While our city is prospering and growing lately (with  new building projects going on everywhere), we are also getting “the flipside of the coin”… 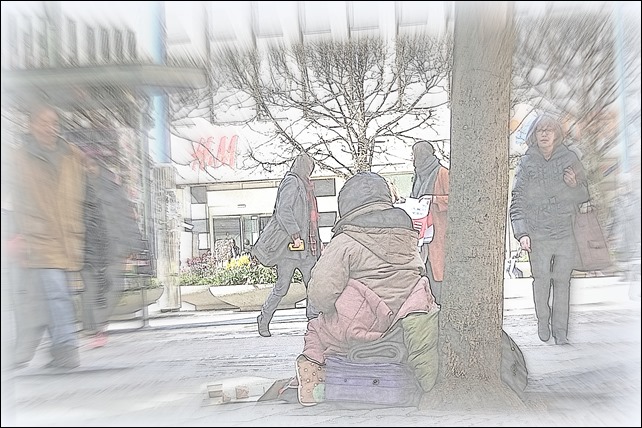 They come here from Eastern Europe: Not to live, not to stay, but to beg. As members of the European Union they have the right to stay three months as ‘tourists’ (or whatever). Technically they are not breaking any laws (because there is no law against just sitting in the street hoping that people will drop some coins in your paper cup). But being neither citizens nor refugees seeking residence, they fall outside the normal social welfare systems. From what I’ve read in the papers they also sleep rough – in spite of the hard winter we’ve been having. In a town this size there are no charity shelters to cover this kind of situation. 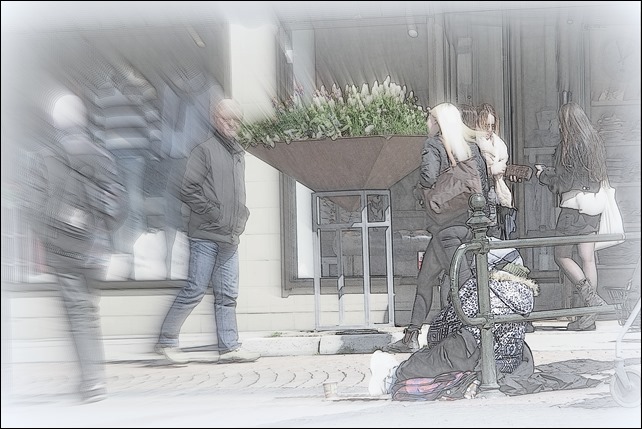 I can’t imagine that these beggars are here, doing this, for “fun” - especially not in winter. But at the same time it can’t be ruled out (as some suggest) that it is “organized” (meaning some of the money might go to a boss somewhere who does not actually have to sit in the streets himself). But until someone can prove that, or some new law is introduced to prohibit begging… It seems we have to live with it. (The beggars who are here just now won’t be here forever. But no doubt there will be others.) 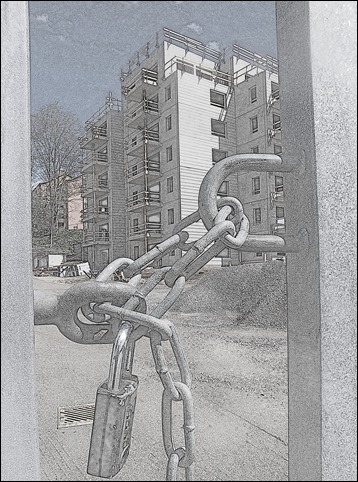 Meanwhile, the rest of us continue running in and out of shops as usual, buying new spring clothes or colourful scrapbooking items or whatever. (I mention scrapbooking because a new hobby shop opened in town on Friday, and I popped in to have a look around… And yes, spent some money too.) 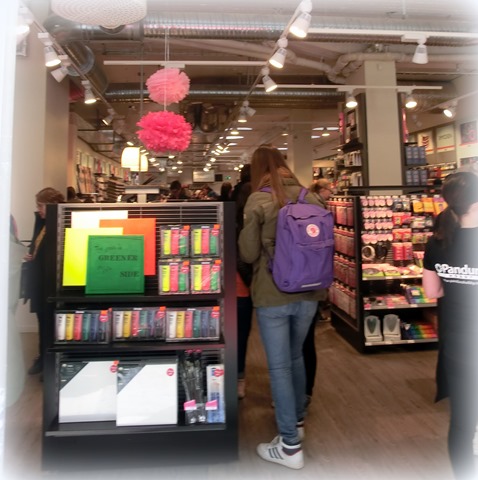 So we shop, and manage to put the beggars out of our minds for a little while... But as soon as we get back out on the street - there they are again (or still). 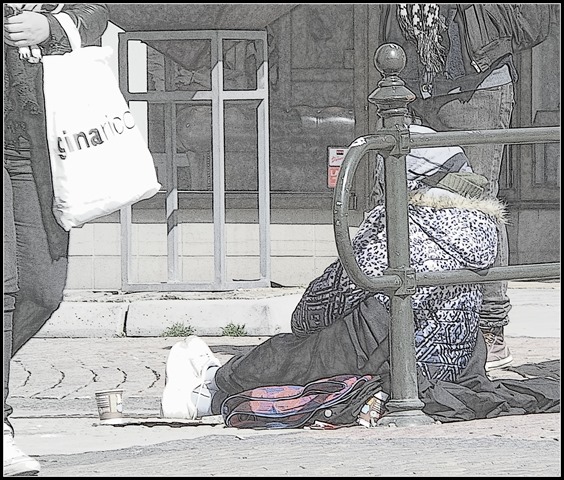 I have no more idea than anyone else how to handle it. For years, my personal policy has been to only give to charity through established organisations or churches – not to any anonymous collector that happens to wave some list in my face in the street.

But these silent people with their paper cups sitting bundled up in the streets in the freezing cold all winter long... The same faces in the same street corners, day in and day out… By their presence alone, they bring world poverty uncomfortably close. Occasionally I break my own rules and drop them a few coins. Do those coins make any real difference? Probably not much. Does it make me feel any better? No. It just makes me think I need a new (or renewed) policy. (Actually I feel the town needs a policy. Or Sweden does. Or Europe. Or the World…)

Posted by DawnTreader at 23:01