The House of Glass (II) 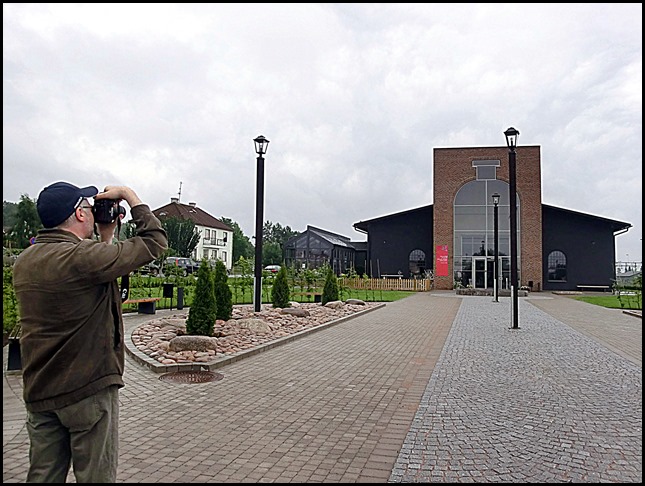 On Friday, my brother and I visited The House of Glass, a glass museum at Limmared; a village about 35 km south east of Borås. Limmareds glasbruk, founded in 1740, is Sweden's oldest still running glassworks – maybe best known as manufacturer of the Absolut Vodka bottle. (The third largest brand of alcoholic spirits in the world, according to omniscient Wiki.) 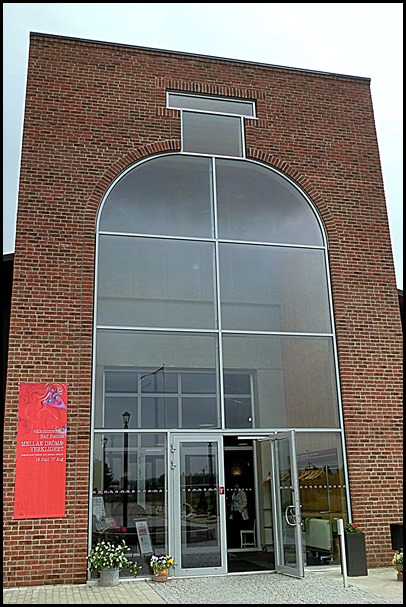 The entrance to the glass museum. (The bottle to the right I copied from Google Images. I’ve never even tasted the stuff.) 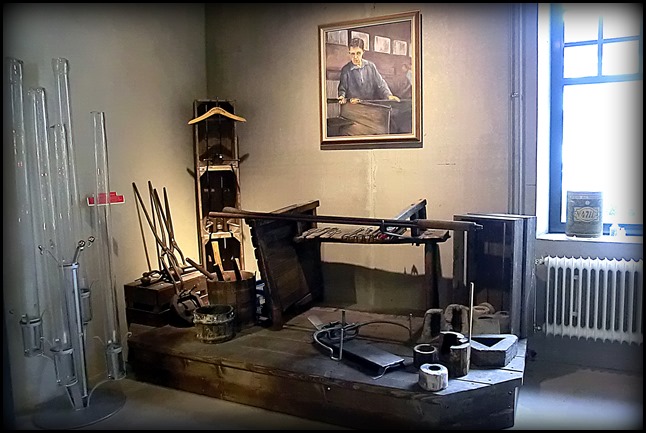 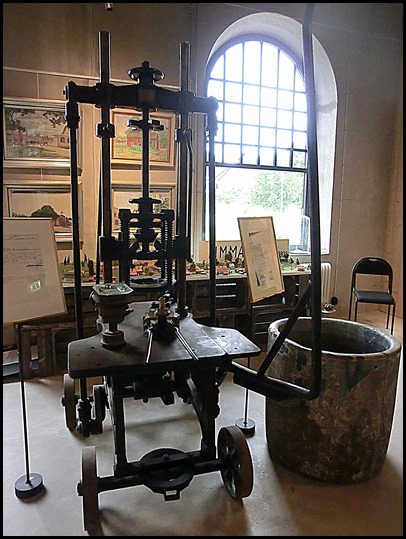 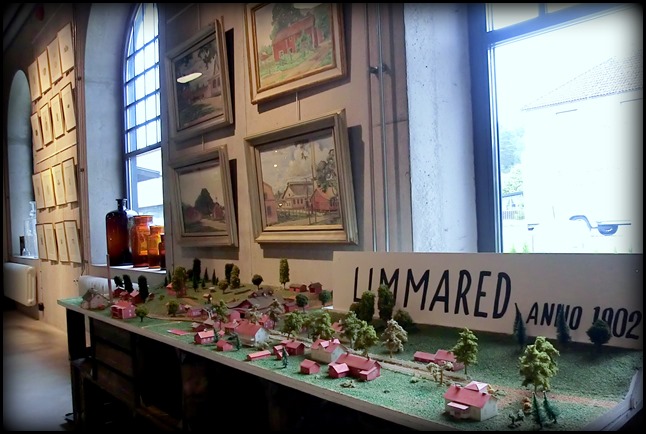 A model of the glassworks and village in 1902. 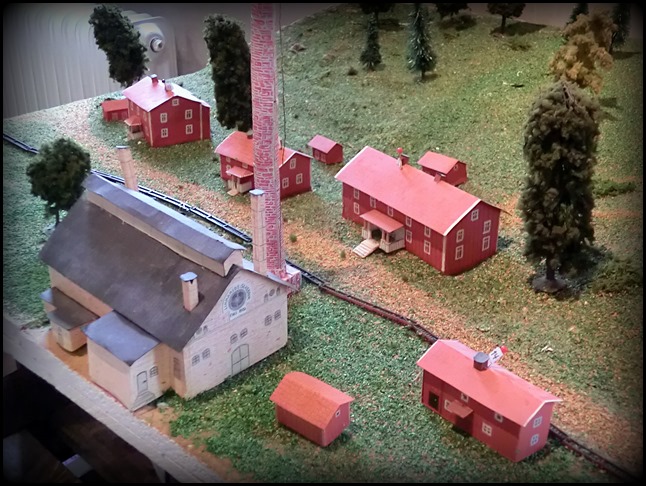 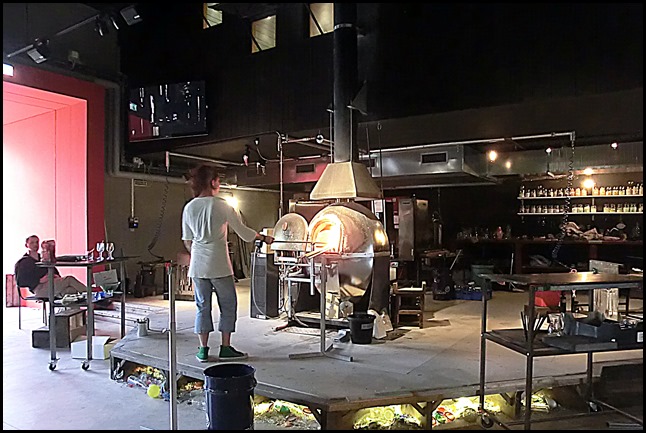 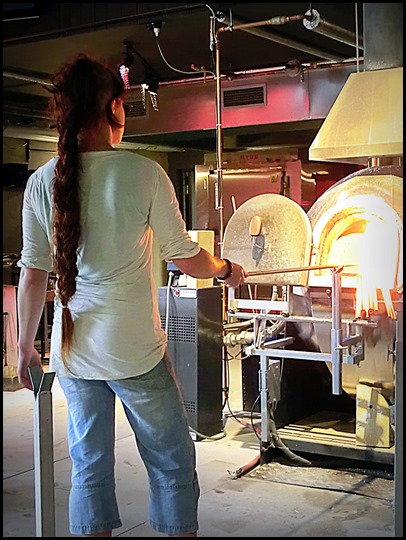 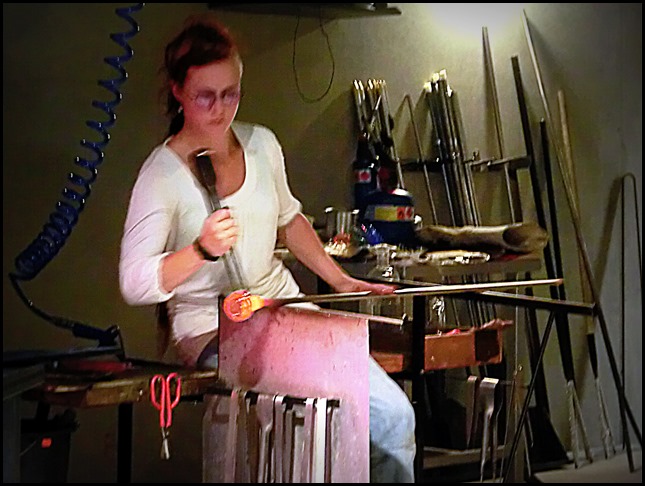 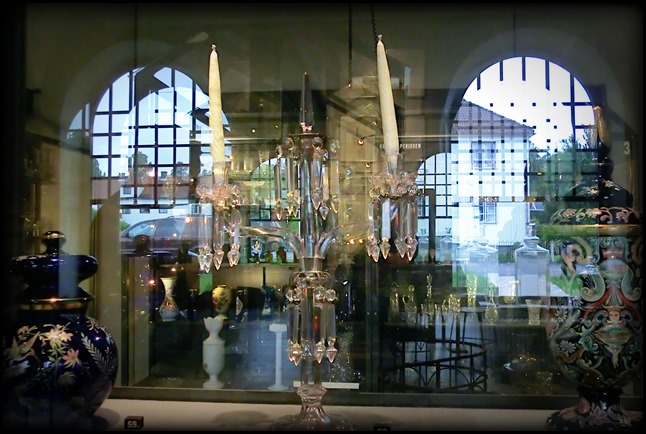 The same photo as in yesterday’s blogpost,
somewhat straightened up (for Adrian!) 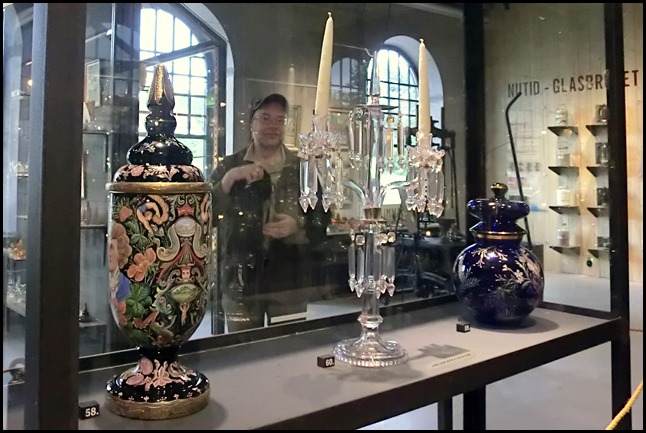 The same glass case seen from the other side,
looking towards the windows. 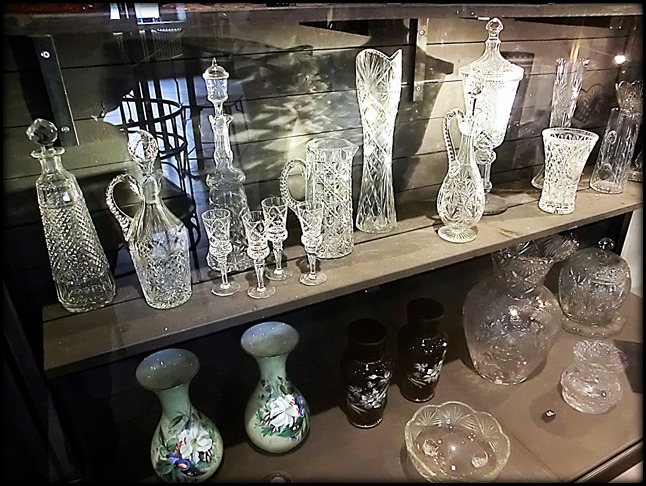 This one is for Sandra! 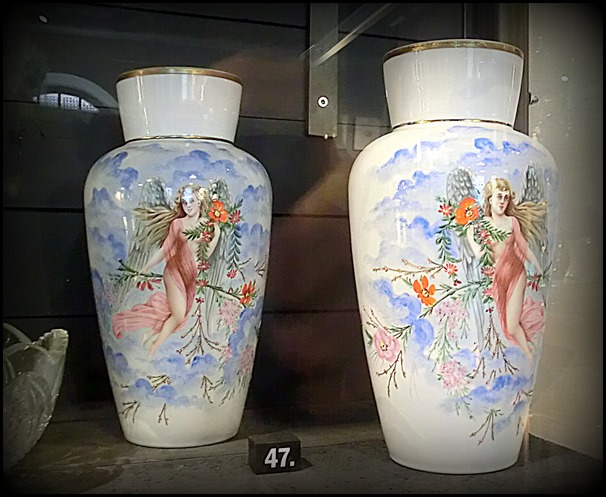 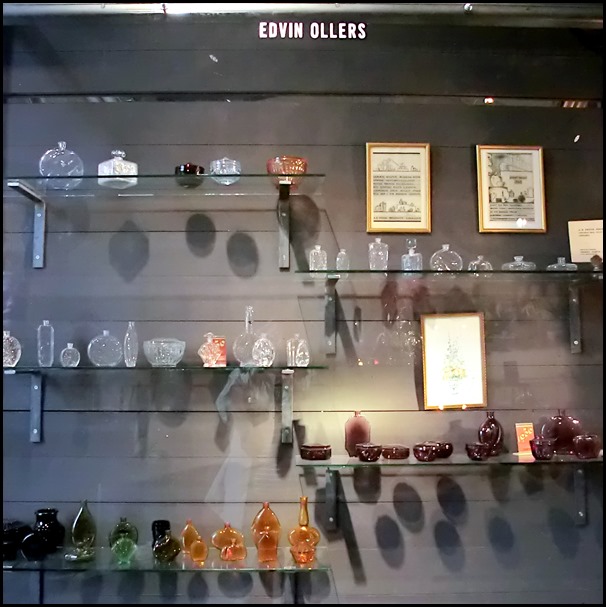 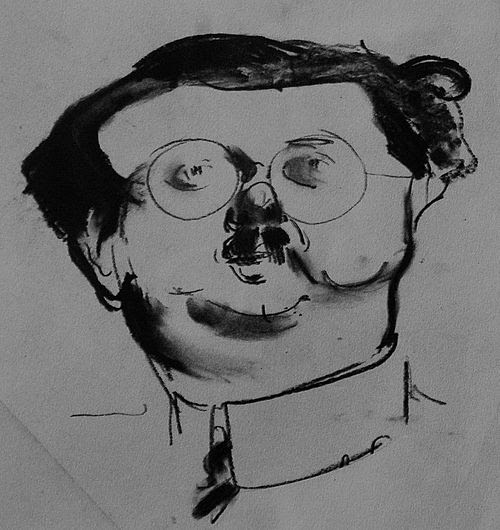 Swedish designer and artist who
designed a lot of products for Limmared
from the late 1920s into the 1940s;
among other things perfume bottles.
He also made designs for other glassworks;
and also worked with other materials
like tin, silver, ceramics and oil painting. 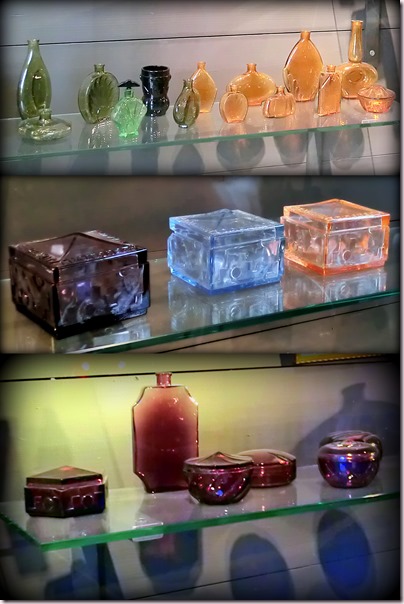 Close-ups of some of the smaller objects. 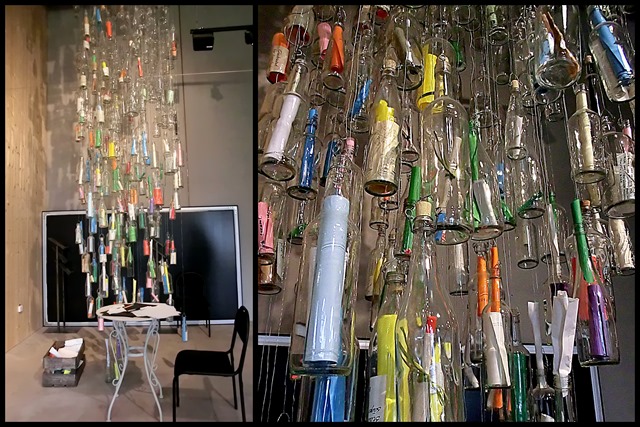 The House of Glass also contains an exhibition hall for contemporary art, a small shop and a café. There will be some more pictures coming up in later posts.