From Neighbourhood to Wonderland 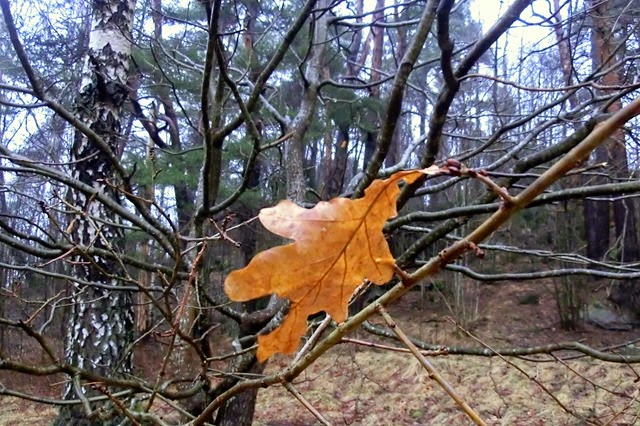 Yesterday the neighbourhood was almost completely snow-free for the first time in a while, and I went for a little walk.

There is a shortcut footpath between two roads, along the foot of a rock and a copse of wood… 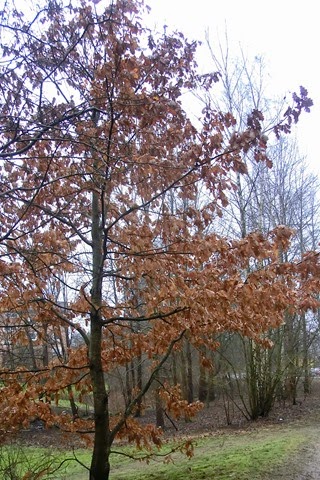 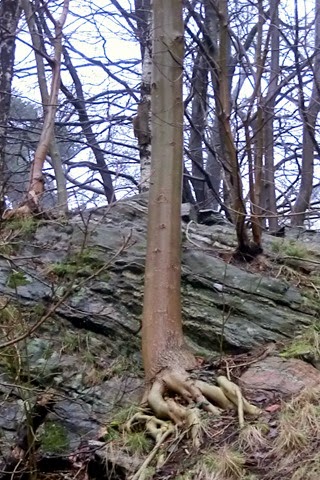 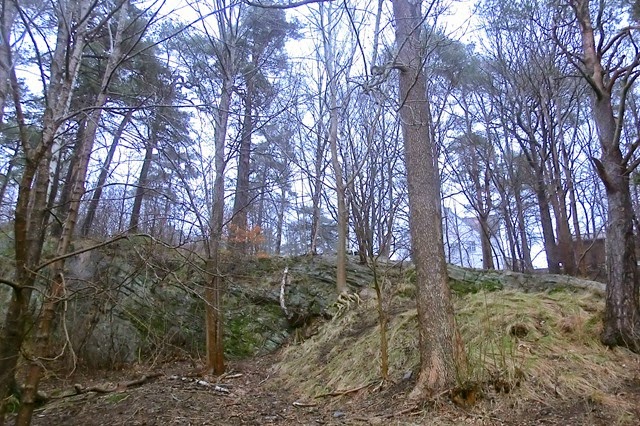 … and on the other side of that hill there is a Mystery Door into the rock, which I don’t think I’ve ever seen open before. But yesterday it was, so of course I had to sneak a shot… (feeling a bit like a spy…) 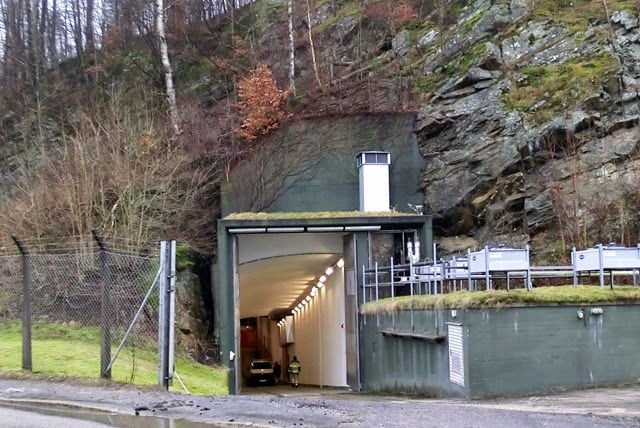 My guess is that this was originally built for military purposes and/or as a shelter. These days it seems to be used for something to do with electricity – but exactly what, I don’t know...

… The tunnel, however, might end up in Wonderland; because pretty much on the opposite side of the hill (I had to go round, of course, because I don’t think I’d have been allowed to go through), I found these: 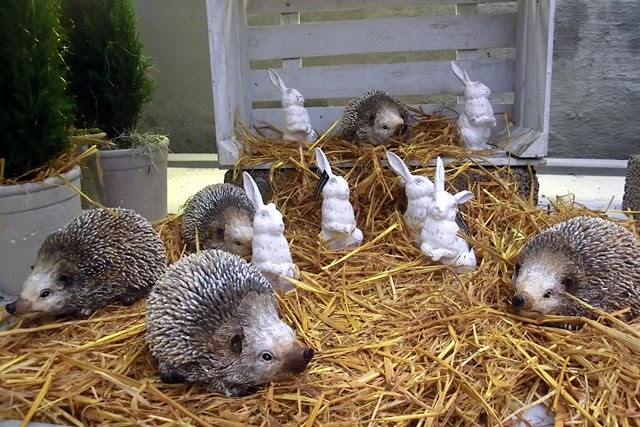 White rabbits, and hedgehogs…
If we’re not in Wonderland, where are we? 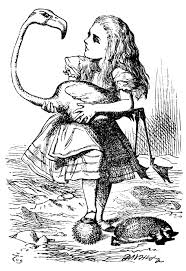 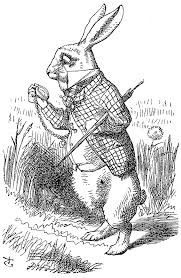 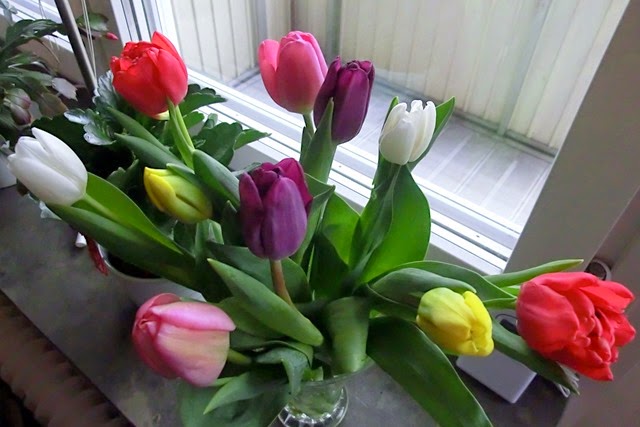 If your guess was a florist’s shop, you were right.
And there I bought these tulips to take home. 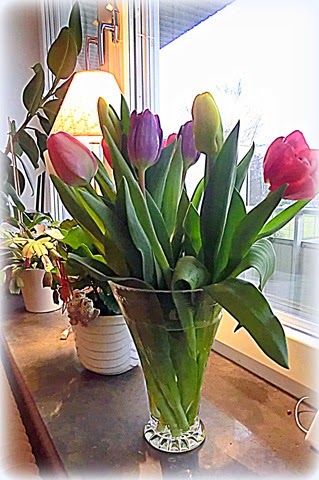 2oth February was my mum’s birthday. She died in 2009; but if she had lived, she’d have been 85 today.  As tulips are the most common cut flowers to be found in the shops here in February, there was usually a bouquet or two of them for her birthday. Now I bought these for myself to enjoy; but thinking of her (and that vase they’re in was hers).

PS. It snowed a little again today. Winter is not over yet.

Posted by DawnTreader at 18:25