“The rails themselves had already been lifted, and were laid along the side of the track awaiting collection. There was a sad sense of abandonment about the place, haunted by the imaginary ghosts of all the passengers who must once have passed this way, the distant echo of forgotten steam trains lost in the mists of railway history.” 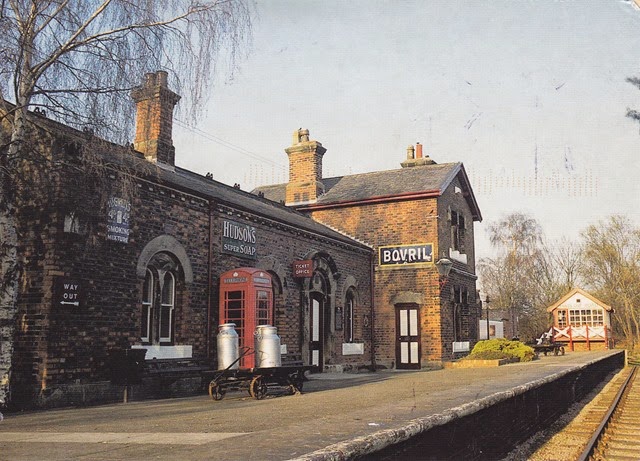 This is a postcard I recently received from a friend in England, which  came to mind when I read the quote above – an old station and railway no longer in use…

The novel and the postcard both connect to my own memories from holidays in Britain back in 1969-1974. My dad was a railway and steam trains enthusiasts, and every family holiday, whether in Sweden or Britain, always included various abandoned dilapidated old stations, as well as steam train museums…  Peter May manages to bring those memories (and others) to life without using photos! I’ve not yet finished the book – will probably be back with a review when I have.