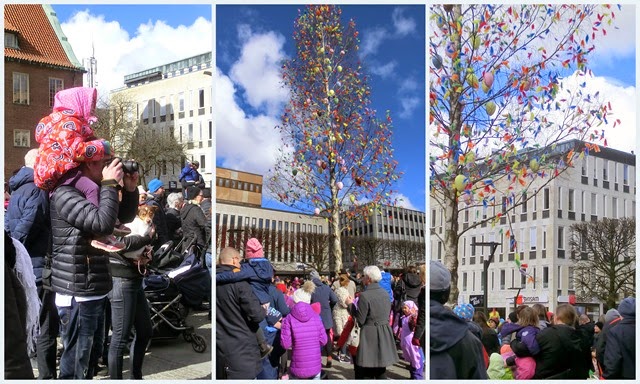 The celebration of Easter Eve in Sweden bears a resemblance to Halloween in the US. Most people here celebrate Easter as a secular rather than religious holiday, but with some remnants of old superstitions mixed into it – like Easter Eve being a day when there might be witches about, which should be frightened off by bonfires and fireworks. Nowadays we bribe them with Easter Eggs full of candy instead… The tradition varies a bit from one part of the country to another, but children might dress up as witches and sometimes even go knocking on doors asking for candy . Or, they might dress up and go in a parade  through town; which they did in my town today.

I had been shopping and only caught up with the festivities for the finale, when they were dancing around the Easter tree in the square – much as at Christmas we dance around the Christmas tree, and at Midsummer around the Maypole...

And of course there was candy waiting for the little ones at the end of it all. As if they don’t get enough this weekend anyway - most of them.

According to a newspaper article, here in Sweden (population of 9.5 million), the shops sell about 6000 tons of candy just for Easter. Rather scary, put like that!

I probably had my share in the past; but this year my Easter Eggs just serve as “eye candy”. (Okay, I have some dark chocolate in the fridge… But I do try to keep mostly to fruit!)

However you celebrate (or not), I wish you all 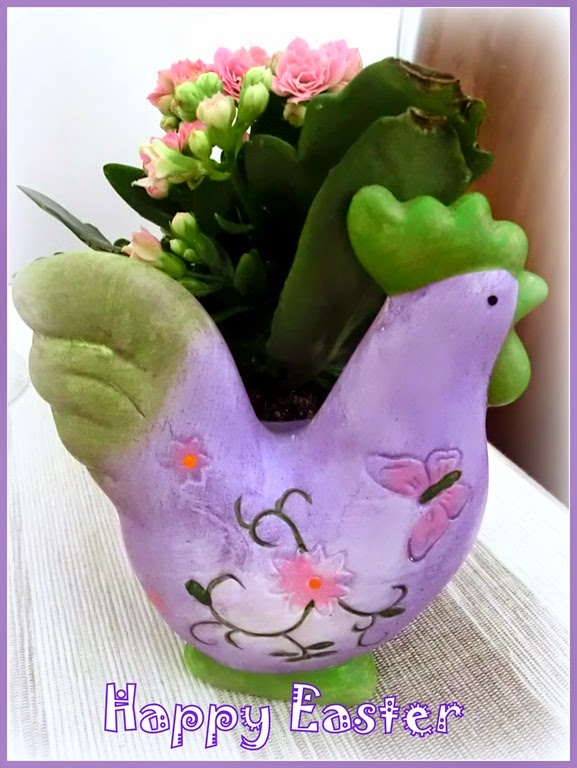 Posted by DawnTreader at 22:10