A month ago I wrote a frustrated blog post about a visit to my health care centre, being a bit worried about a suspicious-looking mole. As some may remember, I was not all happy with the procedure, as I only got to see a nurse (well, to be fair, two nurses) but no doctor, and for some unexplained reason they were not able just then to book me in for a later appointment either.

But they did say I could call back in April. So I did. The phone call at first gave me an eerie feeling of déjà vu, as the procedure suggested seemed to be the same as last time (“you’ll get to see a nurse, and then perhaps a doctor”). However, this time I did get to see a doctor.

Since my last visit, I’d been using my camera to keep record. (My own idea.) This meant I was able to show the doctor now, instead of just trying to explain verbally. 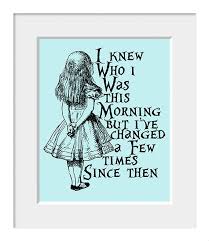 The GP will write a referral to the dermatology department at the hospital. He does not think it likely to be malignant but it should perhaps be surgically removed anyway.

So story to be continued.

Posted by DawnTreader at 21:14