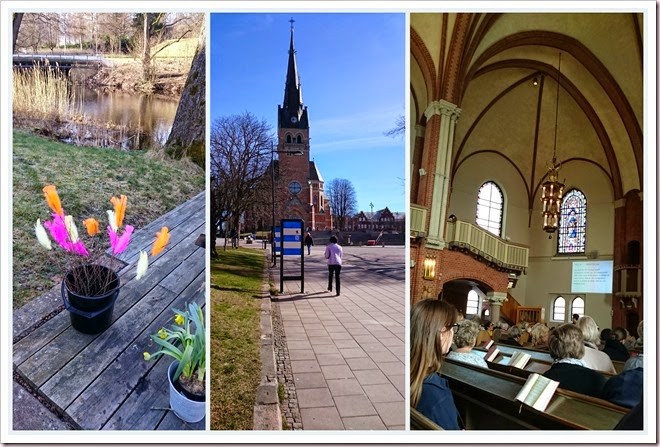 On Easter Eve I wrote a little bit about some of our non-religious Easter traditions; but of course to those of Christian beliefs, Easter is above all a Church Feast – the most important of them all.

How many services are held varies from one church to another, but in some of the bigger ones you may be able to follow the drama of Easter all the way, step by step – on Maundy Thursday an evening mass with the holy communion (Last Supper), on Good Friday  a “stripped down” and low key service with focus on the Cross (minimum of decorations, and often no musical instruments used but the human voice), on Easter Eve a Midnight Mass (starting in darkness and then candles and flowers and decorations brought back in, and renewal of baptismal vows), on Easter Day a joyful and almost bombastic service or mass with lots of music, light, flowers to celebrate the resurrection; finishing off on Easter Monday with an Emmaus mass (in memory of the disciples meeting the resurrected Jesus on the road to Emmaus, and recognizing him as he breaks bread and eats with them). 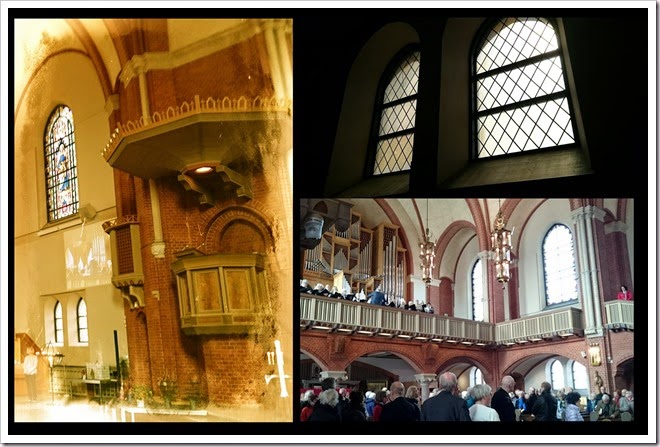 In the past, I have on a few occasions taken part in the whole flow of Easter church services – which can be a very powerful experience. Nowadays I usually end up with a compromise, just going to one or two. But I always have the whole context in mind. (Going to a Good Friday service, for example, you really should keep in mind that it’s only Act 2 – or whatever – out of the whole play. Neither the beginning nor the end.)

This year, I went to one church for Good Friday, and to another on Easter Day.

On Good Friday, I went to the oldest church in the town centre (link to an old post), where a friend of mine sings in the choir. They are a church (belonging to the protestant Church of Sweden) that always offers the whole series of traditional Easter services as described above. So on Good Friday, the choir sings acappella, and there is no other instrument used to accompany the hymns either. It’s solemn, and contemplative. But also beautiful, if you’re in the right mood to appreciate it. (I was.) 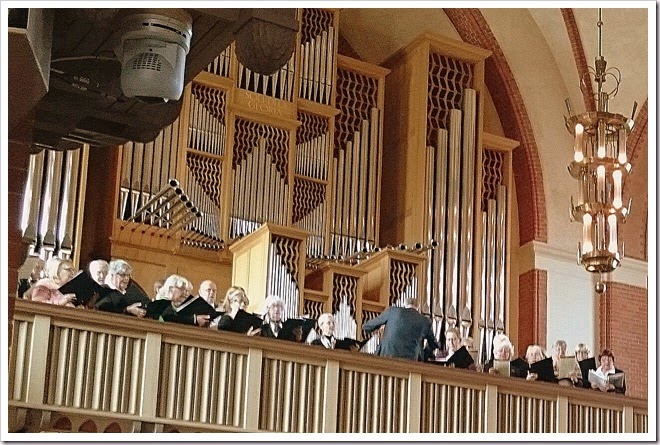 My photos in this post, however, are from the church that I went to on Easter Day; also belonging to the protestant Church of Sweden, and the biggest church in my town (built in 1903-06). They have a huge organ seated on a balcony at the back of the church (I have blogged about that too before, for example here). 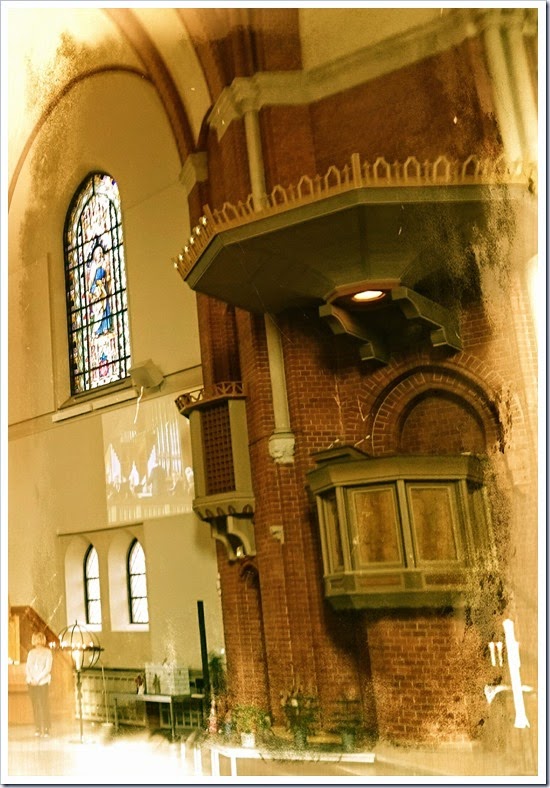 With the help of modern technology, images of the choir singing up on the organ balcony were projected onto white walls at the front of the church. (And lyrics of the hymns and prayers to be sung and read by the congregation were also shown there). 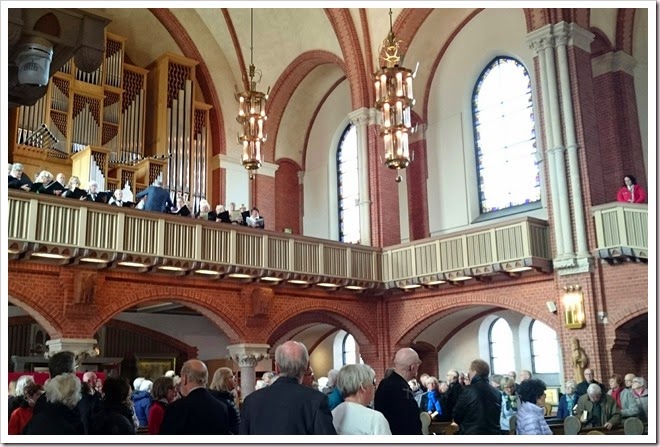 It was only at the very end of the service, during the postlude, that people stood up and turned backwards, looking up at the choir… And it was then that I took the opportunity to sneak out into a side aisle and take some pictures with my mobile phone. (All the photos in this post were taken with my phone.) 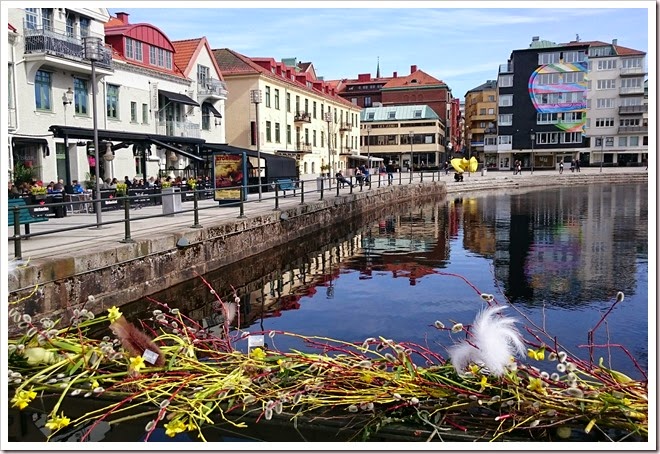 On my way home, I passed over this bridge where the railings had been decorated with twigs, flowers and feathers. 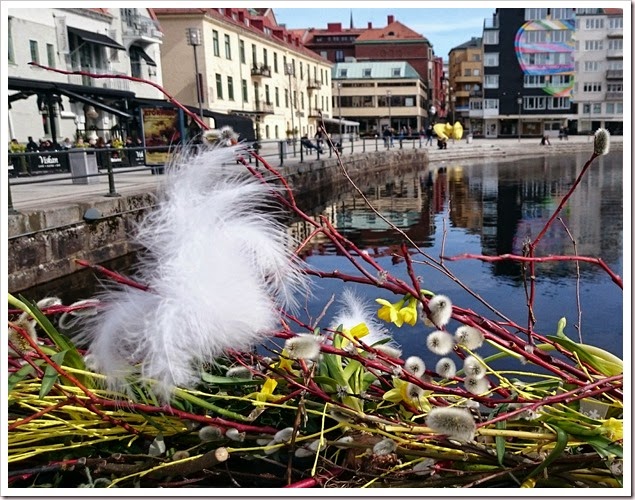 Posted by DawnTreader at 14:49