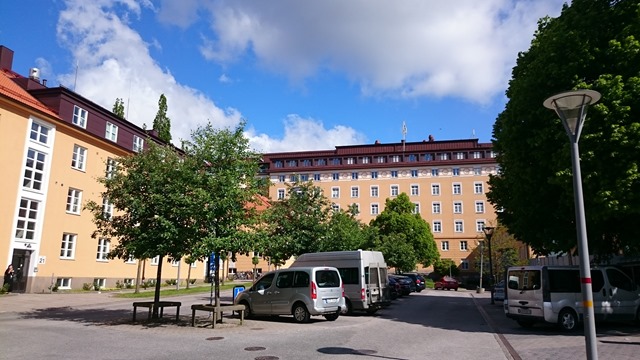 After a quick visit to the hospital on Tuesday, the sun was shining when I came back out; and I decided to walk from there “downtown” (it’s all downhill from there to the town centre). 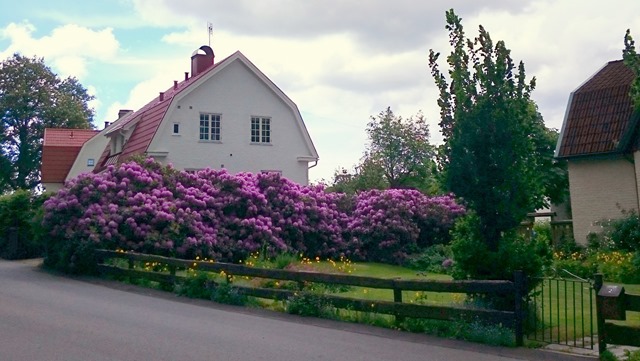 I did not have my camera with me, but I had my good mobile phone, so I decided to take some photos for the blog. There are some very nice (and kind of ‘posh’) old houses and gardens in that part of town. 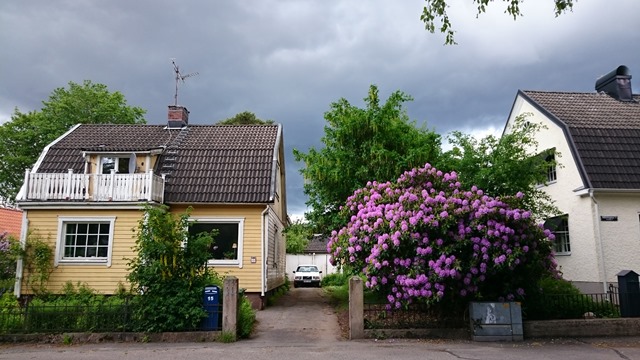 It was one of those days when the skies change very quickly, though. I hadn’t walked very far before dark clouds began gathering. 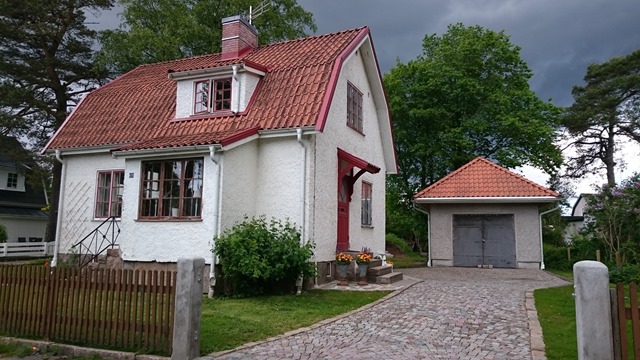 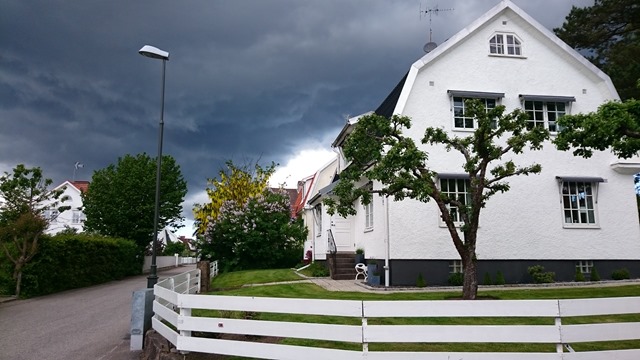 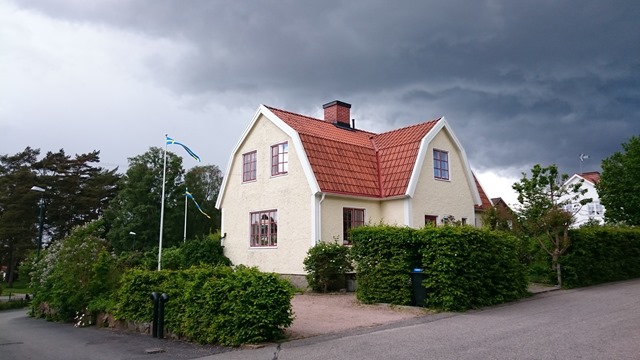 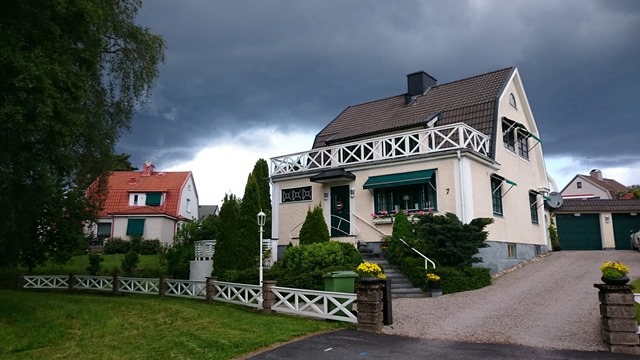 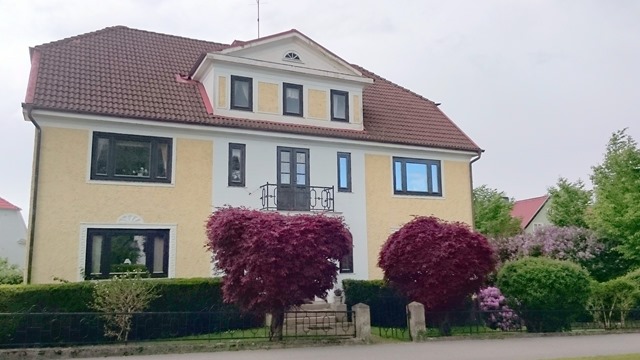 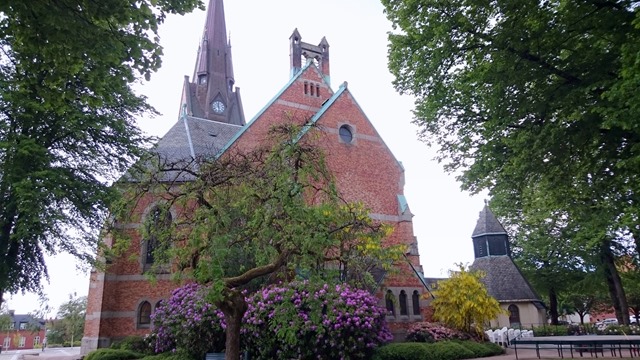 By the time I was passing by the early 20th century church halfway down the hill, it was raining. Rather a cold shower it was, too! 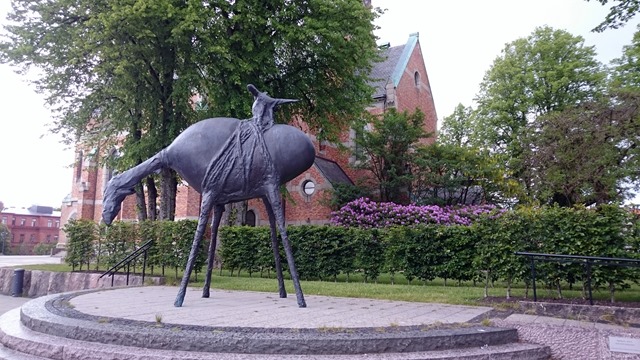 Luckily, the community centre with library, theatre, art museum and café was close by… So I decided to seek shelter there and have lunch and a cup of tea while waiting for the rain to pass. 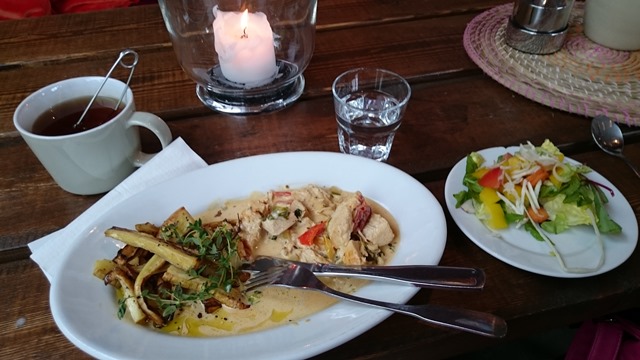 After I had finished my lunch (a delicious chicken casserole) it was still raining, so I decided to also take a peek at the current exhibitions in the Art Museum.

I have to admit though, that I find it rather difficult to really appreciate works like these: 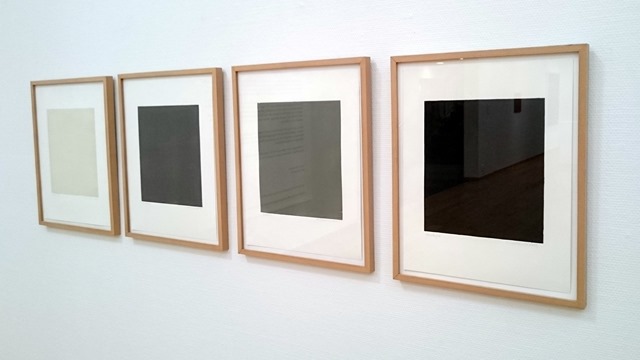 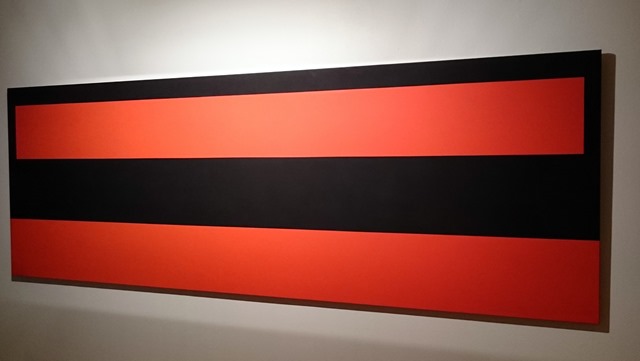 … even if the red makes it more cheerful, and I guess it might liven up for example a boring corridor – but does that make it Art? (just asking!)

The one below, however, I liked, even if not cheerful: 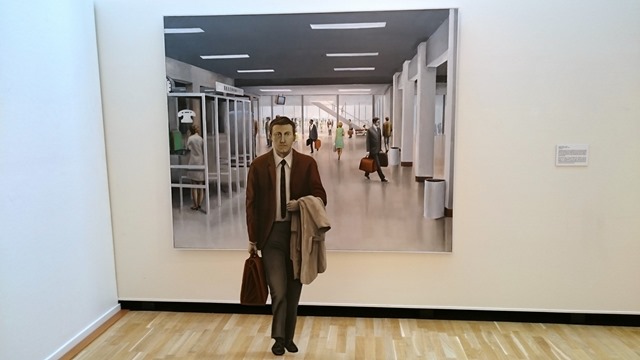 Actually at first that man on the floor looked three-dimensional to me – but on closer inspection he turned out to be as flat as the background painting on the wall!

Eventually it did stop raining, and I could continue my walk downtown. 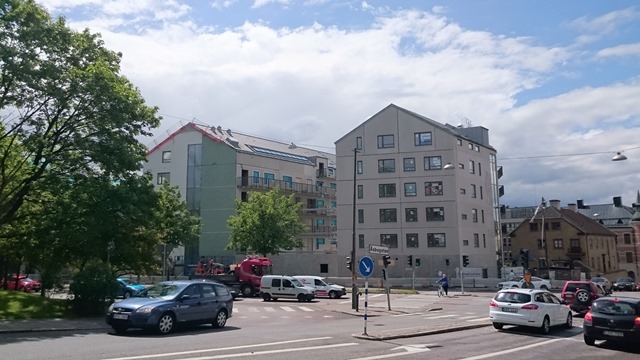 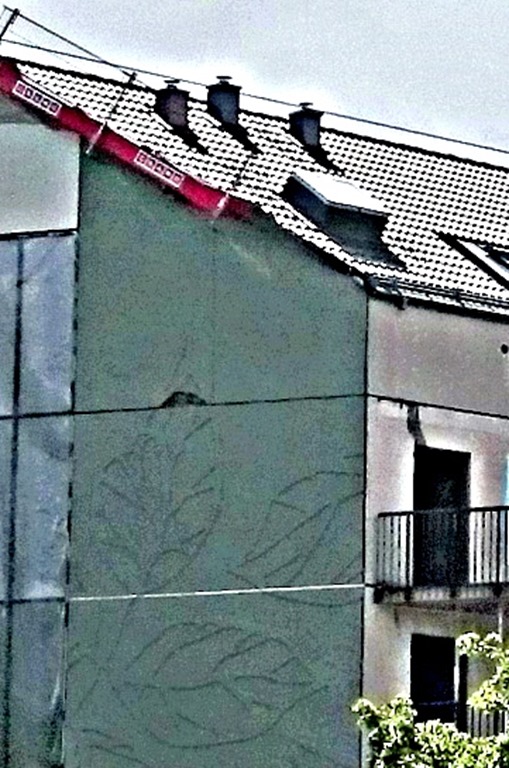 (Enlarged and ‘HDR-edited’ section from the same photo to show you the decoration on the green wall.) 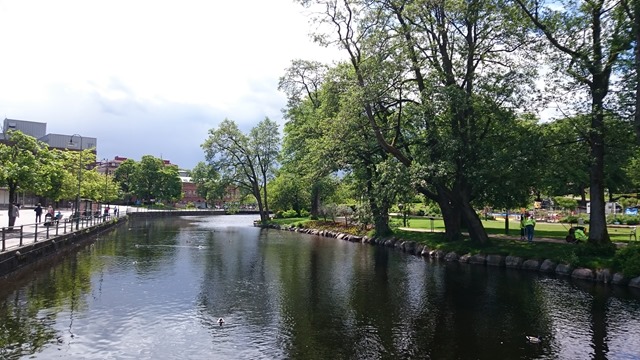 The sky still looked rather dramatic when I got down to the river in the town centre, and I decided to take a bus the last bit back home. 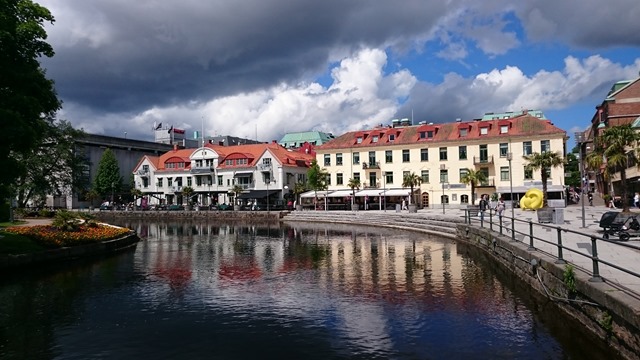 All in all this was a Good Day for me, though; because what happened at the hospital in the first place was that I had that ‘mole’ thing on my neck removed, which had been a kind of hovering cloud on my personal sky for months. When at long last I finally got to see the dermatologist, diagnosis and treatment only took about five minutes! It was not a cancerous growth, but a benign sebhorreic keratosis. Most of it came off easily and then she applied cryotherapy (liquid nitrogen) on the rest – and now, 4½ days later, it’s all gone.

So honestly – it hasn’t really bothered me that the Midsummer weekend too has been rather cloudy and rainy and on the chilly side. It’s been good anyway! 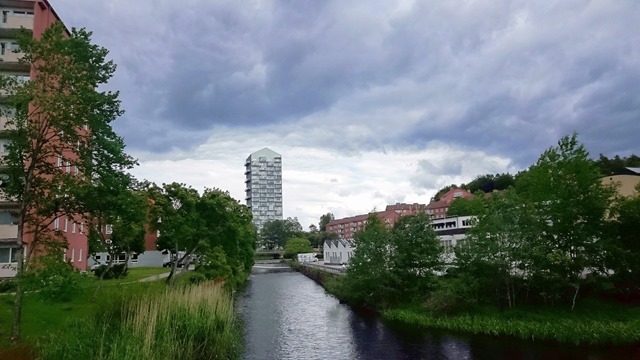 Posted by DawnTreader at 22:42