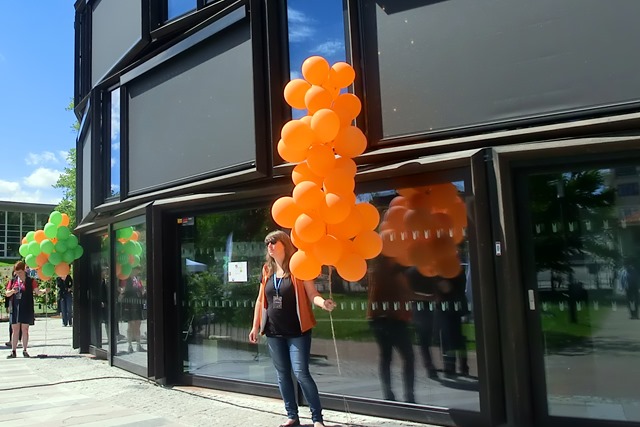 Yesterday, 5th June, was World Environment Day. It was also the Grand Opening of the new Orangery (‘Orangeriet’) in the Town Park here in Borås. 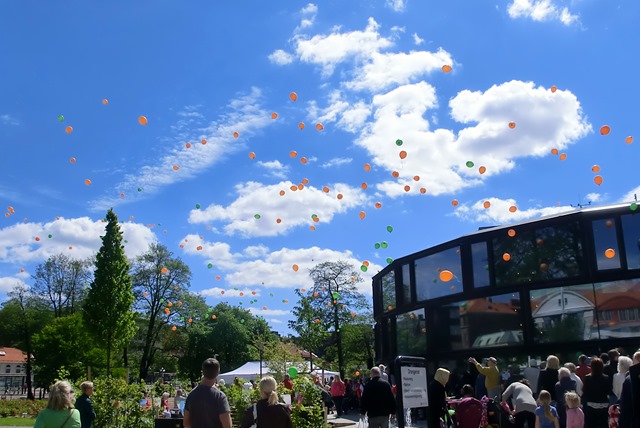 Besides housing a café/restaurant, this glasshouse is supposed to serve as information centre for things to do with environmental sustainability and recycling. 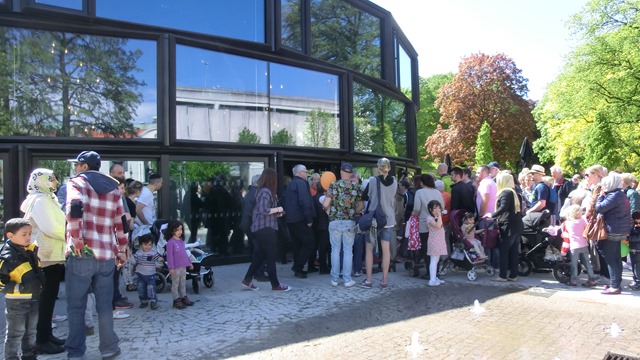 I’ve not yet seen the inside. (I’ll go back and explore on some ordinary day when it’s less crowded!) But most of the furniture, like tables and chairs, are supposed to have been collected from the town’s own storage rooms and ‘upcycled’ for a new life. 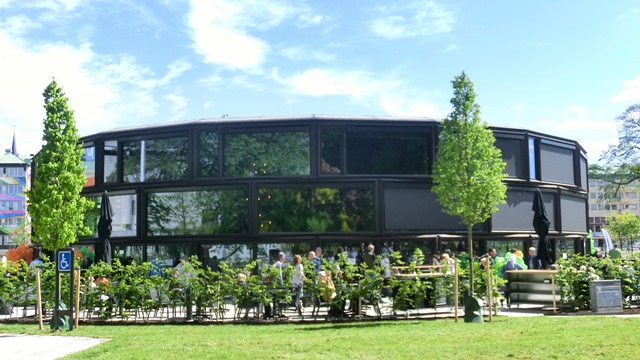 So far, so good… But according to an article in the local paper, not every aspect of the planning fits as well with the enviromental ideas. For example, one big “ooops” that seems to have been discovered only shortly before opening, is that the restaurant kitchen is too small and lacks enough storage space. This means they will need very frequent deliveries instead; which will mean an increased flow of vehicles driving into the park.

(Before, there was only a small kiosk in the park, for hot dogs and ice-cream, and only open in summer. The new place is supposed to be a fully licensed restaurant, open all year round and also late in the evenings. One might think that someone, somewhere along the long way of planning, should have given a thought to the not-so-environmentally-friendly implications of that…) 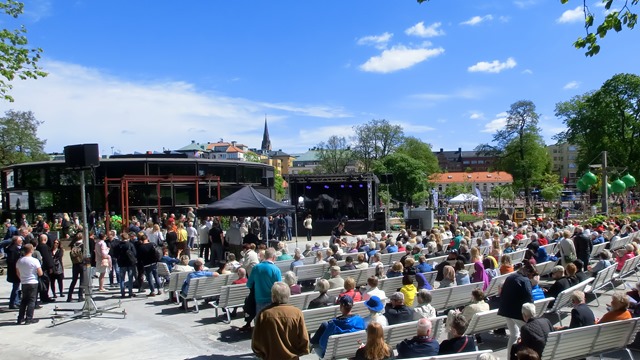 Anyway, it was a great day for the opening ceremony. After weeks of mostly grey and rainy weather, at last we got a sunny day and almost summer-like temperature. So quite a few people turned up to enjoy this event. 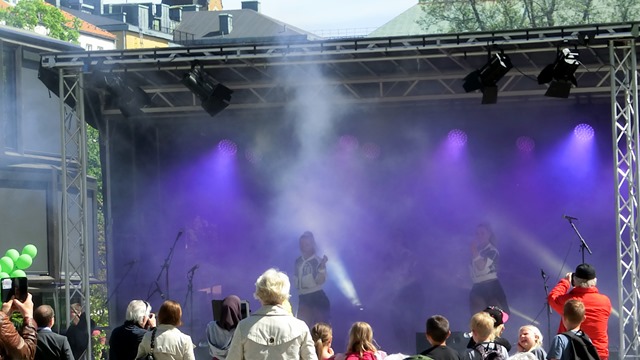 I’m afraid I did not find the musical entertainment all that environmentally friendly – the volume was loud enough to make me “feel the earth move under my feet”… Remember that old Carole King song? No, they weren’t singing that… I don’t know what they were singing, I had to stick my fingers in my ears and flee. Actually I even left the park; and did not approach it again until perhaps half an hour or so later… Just in time, as it happened, for my camera to catch those balloons flying off (2nd photo) – and a speaker-voice assuring me that these were of course bio-degradable ones. (But even so - and even though I got a good photo out of it! - I have to say a balloon-release does not strike me as the best way of celebrating this kind of event?)

Posted by DawnTreader at 15:31