Postcards for the Weekend – Serenity 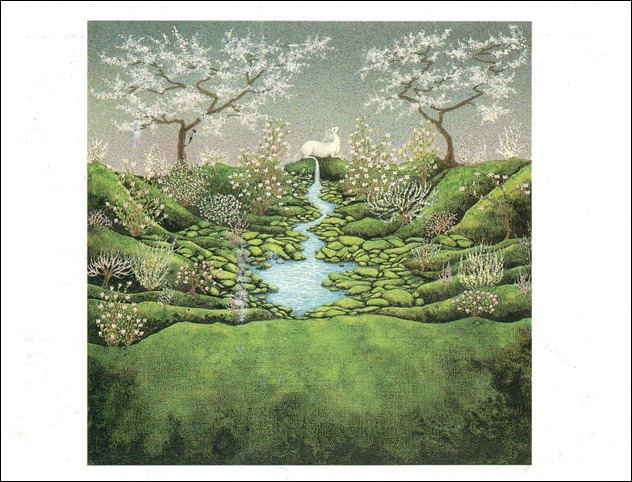 Unicorns – The Stream; by Niki Broyles
(from John in England, February 2017) 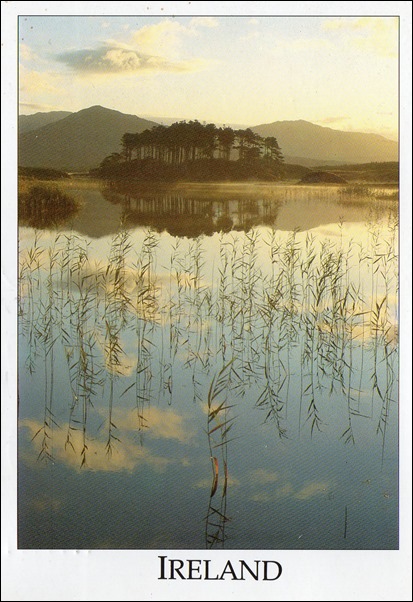 ‘Early morning on Derryclare Loch, Connemara, Ireland’
(sent to my parents from Swedish friends on holiday in Ireland, probably in the late 1990s – the card not dated, and the postmark alas illegible) 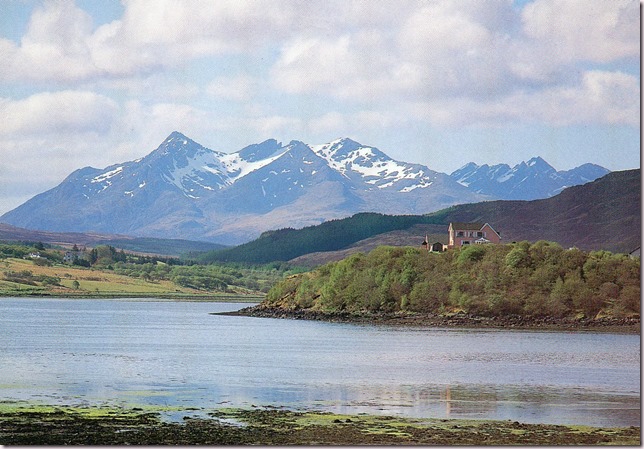 ‘Sgurr nan Gillean from Portree Bay’, Isle of Skye, Scotland
(sent to my parents from British friends on holiday there, August 1999)

In Swedish we have a verb “återfinna”, meaning “to find again” –  used for example about finding things that you thought you had lost, or had forgotten about.

Still being in the (slow) process of reorganizing things in my study (after getting new furniture with more drawers back in January), I seem to be re-finding a lot of things lately… including old postcards. This week I (re-)found some cards that were sent to my parents in the past. Most of them from family; but also these two (above) from friends of theirs whom I never met.

In my teens back in the 1970s, we went on two longer (3 weeks or so) family road trips in Britain – driving through England, Wales and Scotland. (We also spent one week in London, without car; and one summer I stayed one month “on my own” with a family in Yorkshire.) My parents went back to Britain on car holidays a few more times after that, though – and also made some friends there, with whom they kept in touch and met more than once. However, I don’t think mum and dad ever visited Ireland, or the Isle of Skye – and neither did I. On one of our family trips we did go as far north as Inverness and Loch Ness, though; which makes the (serene) landscape in these two cards still feel kind of familiar to me.

PS. We never saw a unicorn either… But we almost saw Nessie 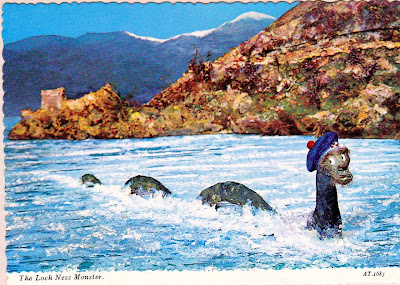 The Loch Ness Monster. Postcard bought at Loch Ness in 1971; glued into my photo album from that trip. It seems pretty unperturbed to me, even if perhaps not as serenely tranquil as the unicorn…

Posted by DawnTreader at 19:27