The Woman on the Orient Express (Book Review) 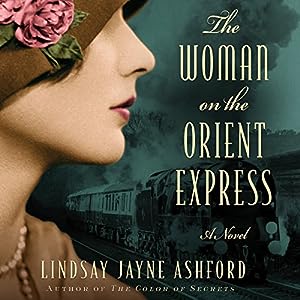 The Woman on the Orient Express

This novel is a mix of fact and fiction, with the famous mystery writer Agatha Christie as the main character. The author Lyndsay Jayne Ashford has found inspiration for the story in Christie’s autobiography as well as in some of her novels – like The Murder on the Orient Express, and Murder in Mesopotamia.

I have not read Agatha Christie’s autobiography, and have to admit I felt a bit itchy along the way in this novel, wondering what was pure fiction vs (closer to) the truth in this story. But I also noticed that along the way, this grew less important to me, while the story itself took over and kept my interest up. I did recognize the general atmosphere of the train journey and the archaeological site from Christie’s books (which I read many years ago).

In short: Wanting a fresh start after a broken marriage, Agatha Christie boards the Orient Express in disguise and under an assumed name. On the journey she meets two other women, Katharine and Nancy, who both turn out to have their own secrets to hide. On the train, and and at the archaeological site at Ur where their journey takes them, the three women gradually get to know each other and share secrets and experiences that make them rely and depend on each other’s help and discretion.

In an afterword, the author says that Agatha did travel on the Orient Express in 1928. She also did visit a dig at Ur; and her divorce from her husband Archie came through shortly after that. Katharine is based on a real character she met at the dig (and Agatha in turn based a character in one of her books on her). Nancy on the other hand is only very loosely based on Agatha’s husband’s lover (by name and looks, but not when it comes to events).

The author, Lindsay Jayne Ashford, is a former BBC journalist and the first woman to graduate from Queens’ College Cambridge with a master’s degree in criminology. She has written other crime novels before (none of which I’ve read).

I’m feeling a bit tempted to read Agatha’s own autobiography now… But just putting it on my “wishlist” for now, as I already have so many other books waiting.

Posted by DawnTreader at 17:35