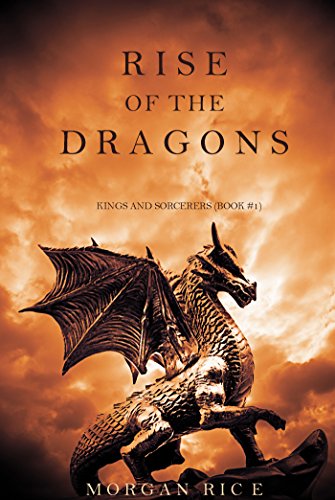 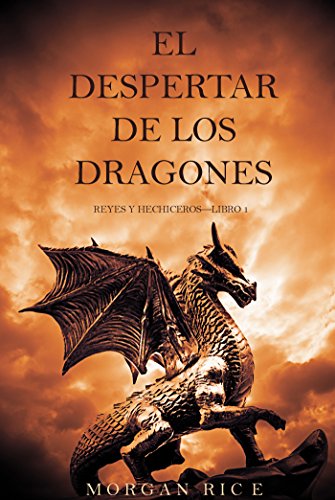 Rise of the Dragons by Morgan Rice*

At last I’ve reached the end of this book that’s taken me 8 months to read – on average, one chapter per week. But then I’ve read each chapter twice: first in Spanish (which I only started learning in May last year), and then the same chapter in English to pick up what I might have missed, before going on to the next chapter. As I’ve never read a book in that way before, I suppose one might call it a novel experience… (haha)

I did of course miss details here and there, and my poor knowledge of grammar also occasionally made me “reverse” meanings (like who hit whom with what). On the whole, I usually got the gist of the story from the Spanish (and feel rather proud of myself for that). But at the same time I doubt I’d have made it all the way without having the English version as well.

It probably wasn’t a bad book for the purpose. Even in Spanish I noticed a lot of repetition – like the exact same phrases often used over and over again. When learning a new language, that can be useful. From a strictly literary point of view, however, it tends to get a bit… well… repetitious!

I think I can imagine the book perhaps appealing more to younger readers. Not too young though, as some of the scenes involve a lot of violence.

The setting is kind of unspecified medieval fantasy (as in no modern transportation or technology; but with trolls and giants and dragons).

The main character is Kyra, a young girl on the verge of becoming a woman, but dreaming of becoming a warrior like her father. Her mother died when Kyra was young; and she grew up being the only girl in a fort full of boys and men.

When Kyra comes of age (15), her father wants to wed her off to the lord of the region (to save her from a fate possibly worse, as according to his own laws the lord has the “right” to take whoever he wants anyway). Kyra refuses, and in the midst of midwinter, she wanders off alone into the woods, where she encounters a wounded dragon — a meeting that turns out important, but also raises a lot of questions. Kyra also learns that there is some mystery connected to her own background and birth, that no one wants to tell her about.

There are a couple of more storylines involving other characters (and further threats to the kingdom) as well. All the storylines do not come together within the span of this book – but I was prepared for that, as I knew from start that it was the first in a series.

Alas (or perhaps somewhat to my relief!) I can’t say that I feel immediately tempted to jump straight on to the next book to find out what happens. On the other hand, I do suspect that “images” from this book may stay in my mind for a quite a while; and not all to do with the double language experience. Because if a book without illustrations, and read primarily in Spanish (a language I’d only just started learning when I began reading the book) can leave me with lingering visual impressions of scenery and events (rather as if I’d seen it on film) – then surely some of the credit for that must go to the author.

Trying to consider the story from a “young adult” reader’s perspective (easier said than done at my age), I think I would say that its main strength is probably a young female heroine fighting her own way in a world of men – and seeking/finding her inner strength along the way. Apart from that I find the characters rather  shallow and “either black or white” – and in my opinion (as already indicated above) too much focus on physical fighting and killing. (But to be fair, I suppose the same thing can too often be said about the real world as well!)