Someone (you know who you are) asked me for me a "balcony in bloom" post. Actually there isn't all that much in bloom at the moment. However, I suppose one advantage of blogging is that there's nothing really to prevent me from mixing present and past!

The thing is, my balcony is very much exposed to Wind and Weather; and we have been having quite a lot of both.

The month of May was rather chilly with a lot of frosty nights; which means most of my "gardening" consisted in covering and uncovering my faithful perennial survivors: the two clematis plants climbing up a trellis on the wall, and one small balcony box of small strawberries.

The clematis seemed to appreciate my care and rewarded me by being very lovely at the end of May and beginning of June, though: 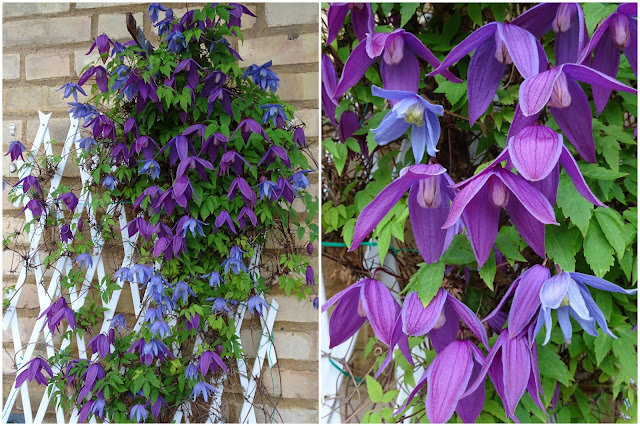 By now they're well past their prime - but still rather decorative in a more subtle way: 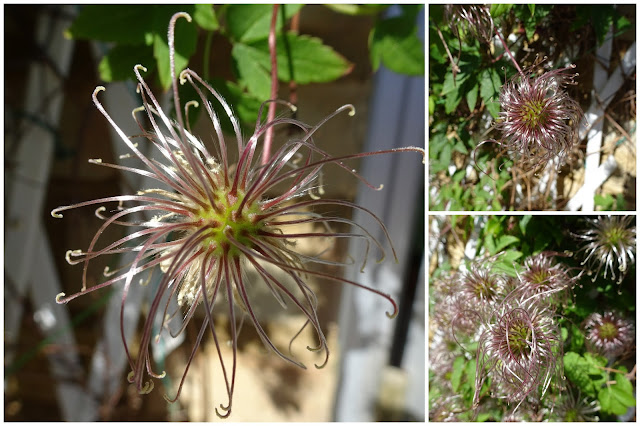 (A bit later on I'll probably be cutting off many of the seedheads to try and tempt the plants into producing a few extra flowers instead.)

The strawberry plants have grown green again and it seems I can look forward to a few berries too (if the birds don't get them first!) 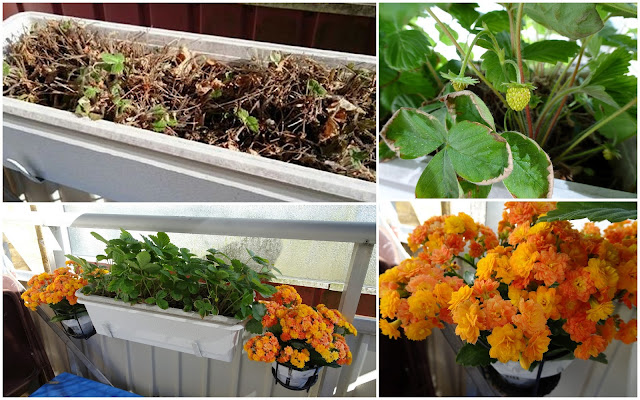 The orange flowers are kalanchoes which I bought in full flower and just put out in the pots in which I bought them (in holders that one can hang on the railing). I've often had kalanchoes indoors but it struck me that being succulents, they might actually be able to cope with the varied climate on my balcony too. (Ice cold showers one day, and hot burning sun the next...) So far, so good - even if these too are about to lose their prime glory now. (I've had them for just over a month.)

On the balcony table, I have a geranium which I can easily just take inside if the outdoors climate gets too extreme. (Like this week, when it's been sunny but still so windy that one day the pot just fell over, in spite of being in the most protected spot... It's also been too windy most days to have the parasols up. Which means I haven't really been out there myself much either, except to give the struggling plants some water when needed!) 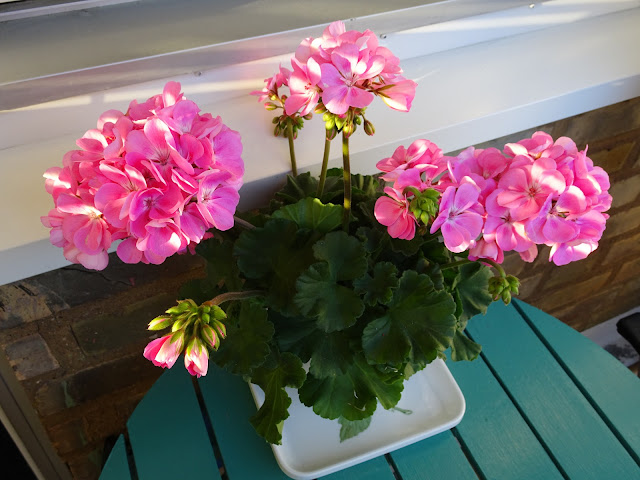 I never got round to buying any pansies this year - partly because of the frosty nights, and partly because the neighbourhood florists' shop closed down earlier this year. (So no longer just a spur of the moment thing to go and buy a plant or two...)

What I did though, actually on the day before my Famous Fall towards the end of May ('famous' only among devoted readers of this blog), was to prepare a box for planting some nasturtium seeds. And as I had done everything except put the seeds into the soil, I did manage to do that a day or two later (in spite of my sore arm).

This is their status a month later (yesterday evening). Six out of seven have come up. Whether they'll also produce flowers remains to be seen! 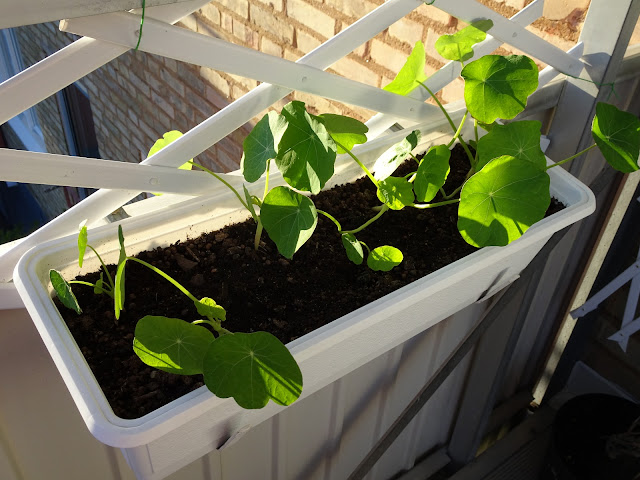 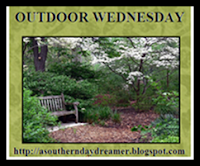 Posted by DawnTreader at 19:11