Walking Round in Circles

We’re still in the firm grip of cold weather here. Time seems to have got lost in an eternal flurry of white and grey lately; and if not for a few photos I’ve quite lost count of which days were the coldest, the windiest, the snowiest, the iciest or the sunniest. Most of the time when I’ve been out I’ve had to keep my eyes firmly fixed on the ground and my mind on being very careful with each step – plus, with winter gloves (mitten type) and two Nordic Walking poles, the camera is not really easy to handle. But that said, here are some photos anyway.

The first lot is from 21st February, just after we had had quite a lot of fresh snow coming down “all at once”. While the city has the resposibiity for clearing the major roads and streets, with the sidewalks the responsibility lies with the property owners. This can make a short walk around a few blocks quite a varied challenge. Every now and then I do take up that challenge, though; and sometimes even with the camera. 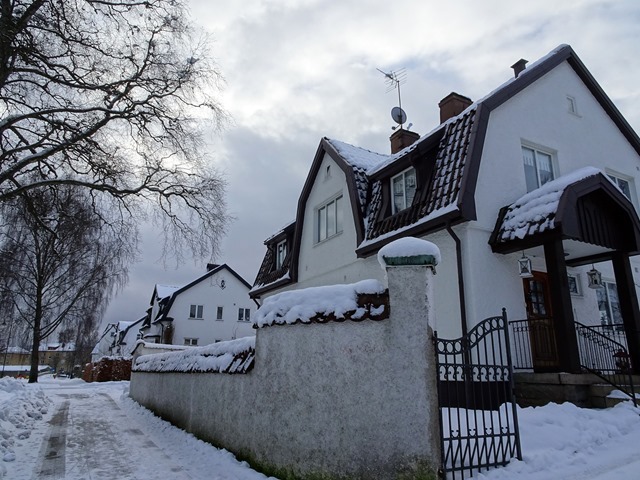 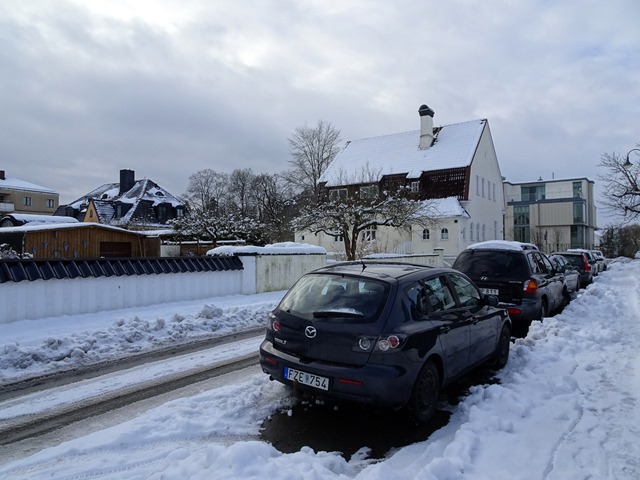 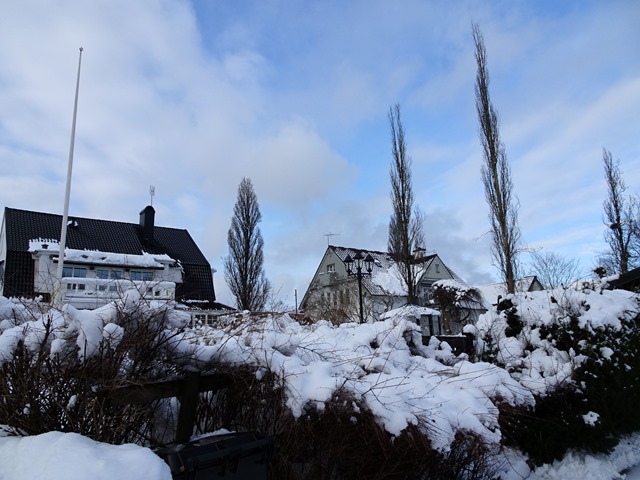 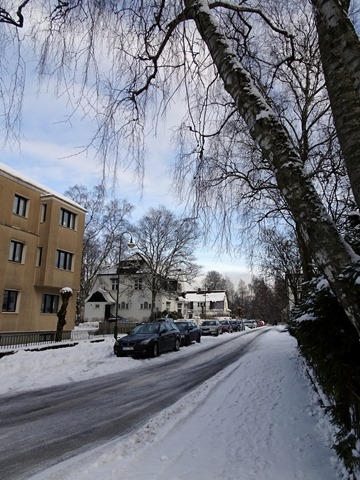 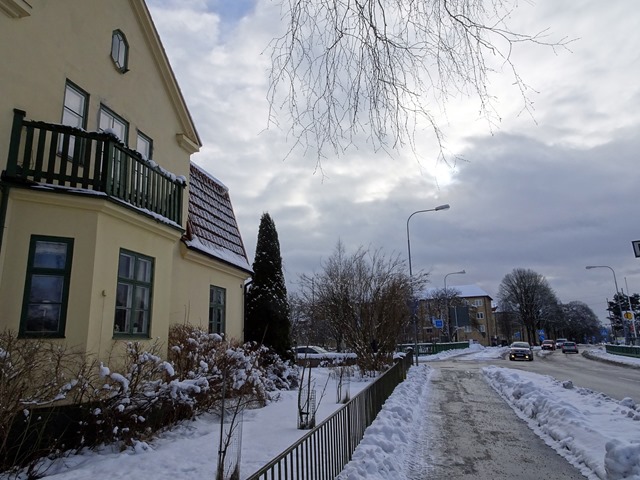 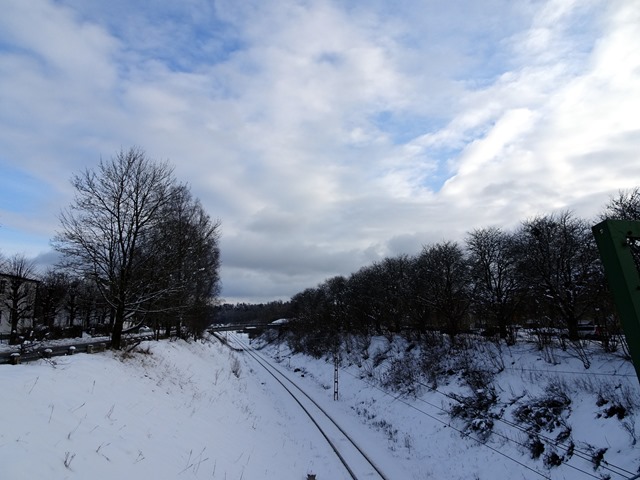 Taken from a bridge over the railway. 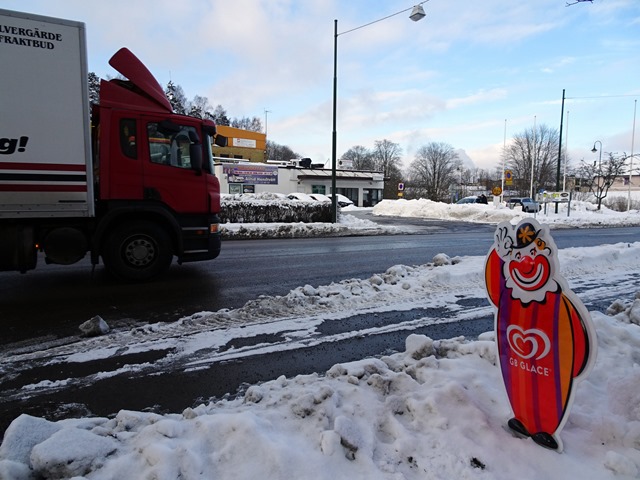 Advertising sign for ice-cream, outside a small corner shop.
(I wonder how much ice-cream they sell in February?) 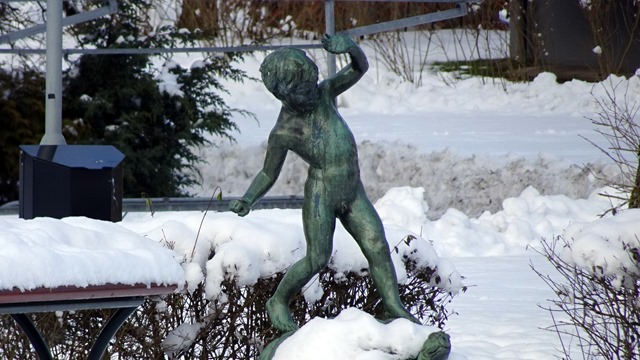 A sculpture in the park on the estate where I live: a boy balancing on the back of a turtle. Just now he looks more like he’s riding a snowboard…

The second lot is from a few days later, the 26th – cold, but with enough sun to make shadows. 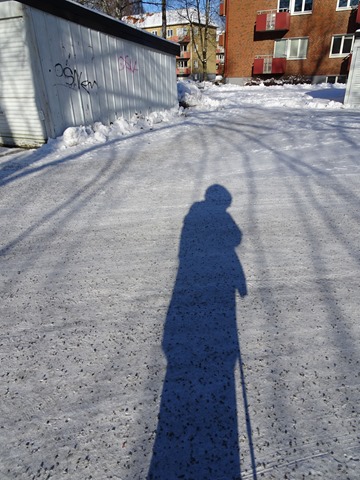 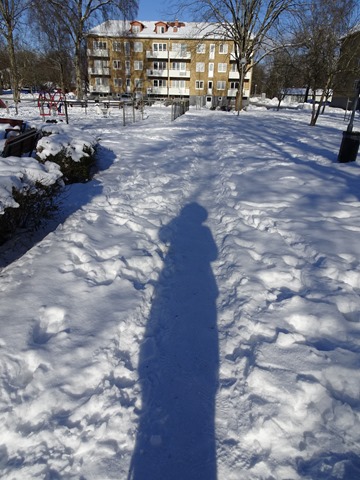 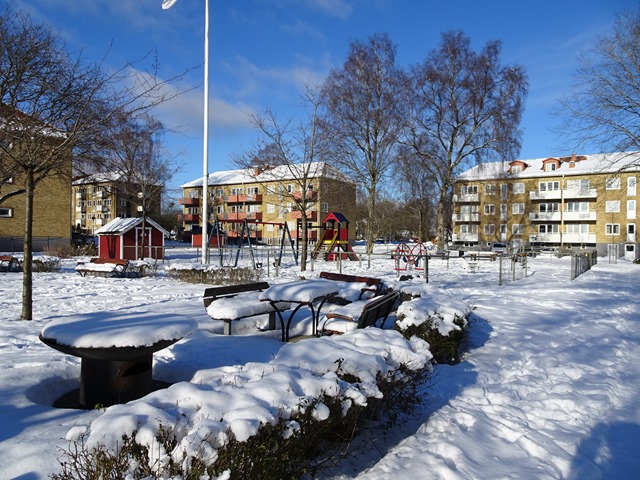 Still not feeling quite in picnic mood, though – thanks.

There were the tracks; crossing over each other here, getting muddled up with each other there; but quite plainly, every now and then, the tracks of four sets of paws.

‘I think,’ said Piglet, when he had licked the tip of his nose too, and found that it brought very little comfort, ‘I think that I have just remembered something that I forgot to do yesterday and shan’t be able to do to-morrow. So I suppose I really ought to go back and do it now.’

(from ‘Pooh and Piglet nearly catch a Woozle’)

Posted by DawnTreader at 13:01