6th June is the National Day of Sweden, also known as Swedish Flag Day. The Flag Day has been celebrated for about a hundred years, but it wasn’t raised to the status of a national holiday until fairly recently (2005). Historic events related to this day go back to 1523, when Gustav Vasa was elected king of Sweden. In 1809, an important change of constitutional laws was also introduced on this date (something to do with the balance of power between King and Riksdag/Parliament).

Anyway, the public celebrations of the day seem to be growing. Here they include a special ceremony to welcome new citizens (inhabitants of our city who have been granted Swedish citizenship over the past year), and also a performance by the home guard music corps. When I arrived at the park around 3 p.m. it was absolutely crowded, I think probably the most people I’ve ever seen gathered there. It was hard even to find anywhere on the outskirts from where I could take photos showing the crowd! ; ) 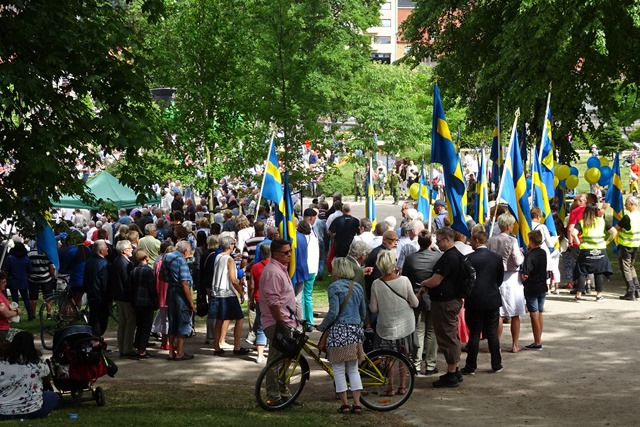 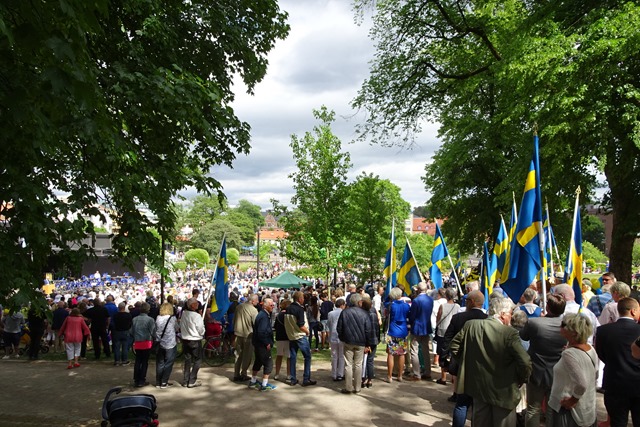 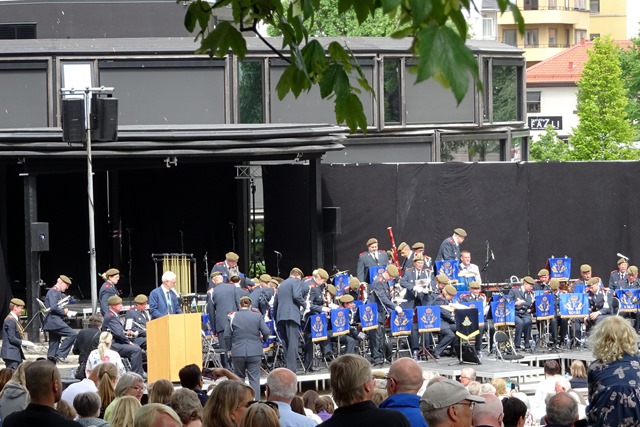 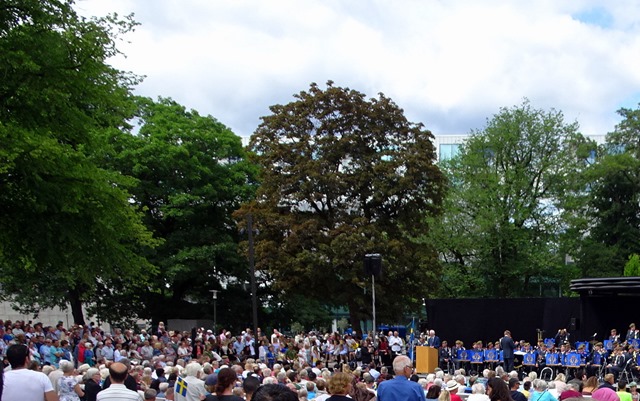 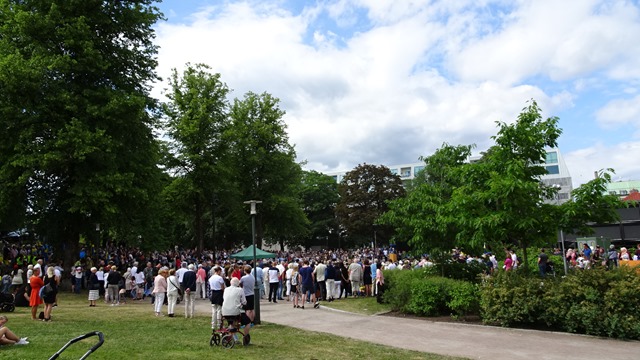 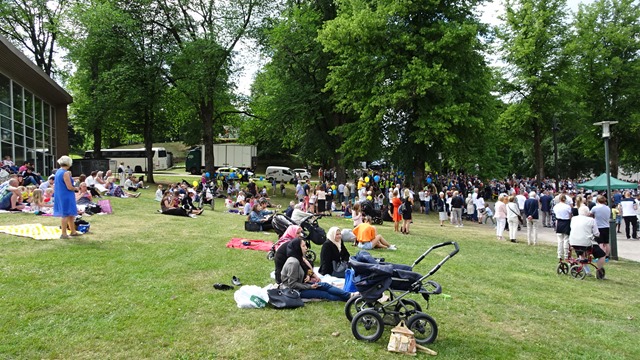 Against the odds I happened to meet a friend and together we joined the queue to the ice cream bar, and even more miraculously managed to find two free chairs in half-shadow outside that place when we came out. So we sat comforably for for a while and ate our ice cream, had a bit of a catch-up chat and listened to the music from a little distance.

In the evening, on TV at home, I watched some of the celebrations held in Stockholm, including the presence of the royal family. 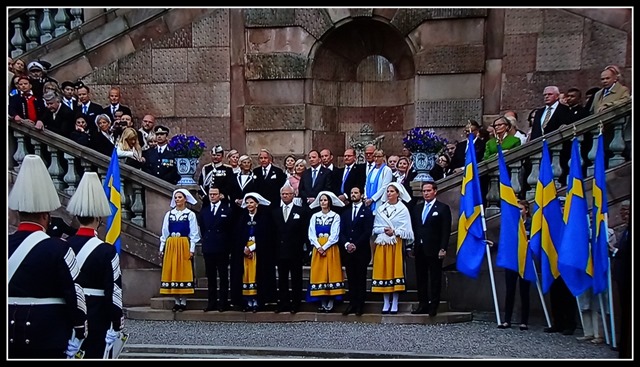 Photo from my TV screen: The royal family outside the Royal Palace in Stockholm
The Queen and the princesses are wearing the official national costume ‘Sverigedräkten’
From left to right:
Crown Princess Victoria and her husband Prince Daniel
Queen Silvia and King Carl XVI Gustaf
Princess Sofia and Prince Carl Philip
Princess Madeleine and her husband Chris O’Neill