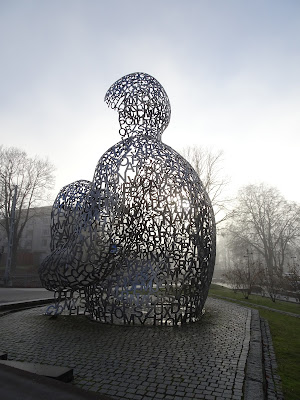 
It's been one of those weeks when I've been thinking a lot, but haven't got round to much writing.

Instead (while thinking), I have been sorting through my kitchen cabinets and drawers, and putting in some new lining paper where needed.

I think what got me started was GB's post last weekend about One Hundred Things. So far, all that I've actually weeded out is three odd spoons, one cheese slicer with a weird handle, and one cream jug. (I still have two more drawers to sort through, though.)

The room I should really be getting on with is probably my study. It just felt easier to start with the kitchen!

On the whole, I think I regard decluttering as a continually ongoing process rather than a "once and for all" kind of job, though.

Posted by DawnTreader at 23:04