My walk among the finished murals from the No Limit 2020 street art festival continued:

The artists Korallpionen & Rickman contributed two murals that they painted together.  Both of those were nearly finished already when I first saw them (on the 3rd day of the festival), so you may recognize them.

This one, found close to the Family Centre for the district,  seems to kind of incorporate the existing pedestrian crossing nearby. 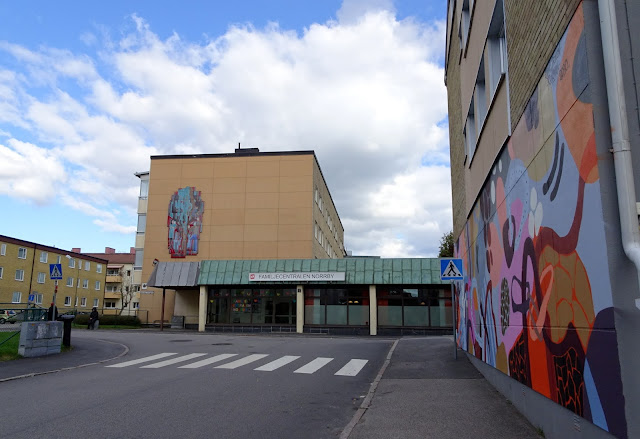 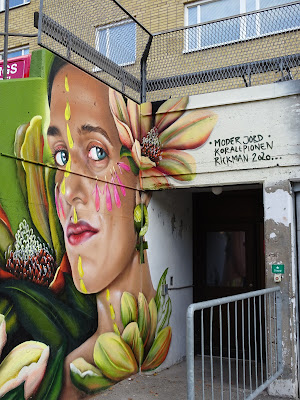 And this one, entitled "Mother Earth", makes use of the green grass next to it. 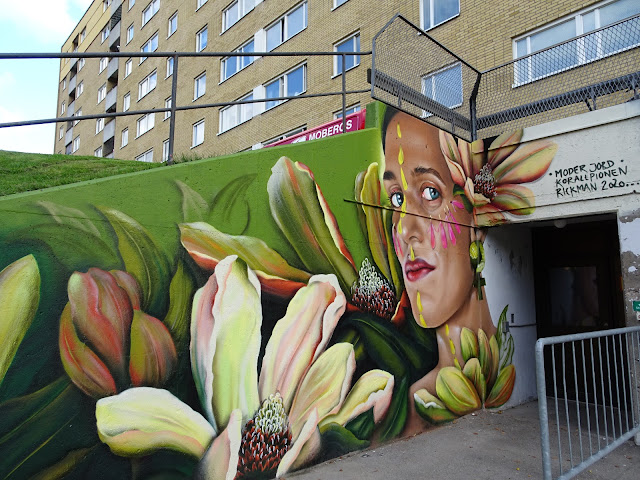 "A graffiti artist from Borås who now gets to paint on a large scale on home turf. Adam found graffiti in his teens and got his first paid commission from the same police officer who had once arrested him for painting illegally. He has since created over 100 commissioned murals for both businesses and individuals." 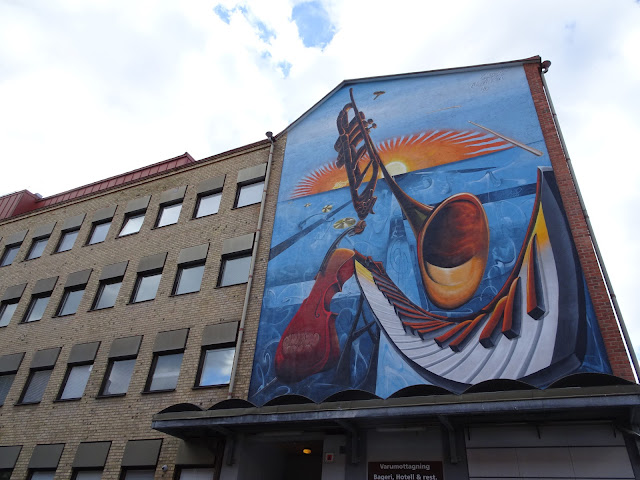 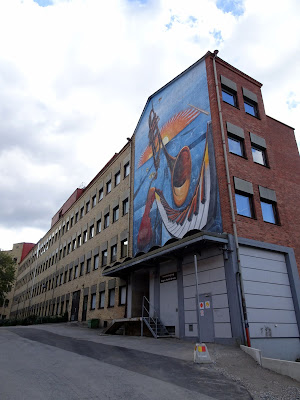 "Amara Por Dios is an artist born and raised in Stockholm, who has spent several years living and working in London. --- In 2014, she was named by The Guardian as one of Britain's top female street artists."

Somewhere I read that this mural was given the title "The Journey to Earth". I like that - it sets my imagination spinning with wider interpretations of the theme.

"Vickan is a tattoo and street artist. With her imaginative and characteristic style, she has quickly established herself as a name in the Swedish street art scene. Vickan is originally from Boden and is today based in Stockholm."

... And her mural somehow grew on me when I took a few steps back and looked at it from the nearby playground... 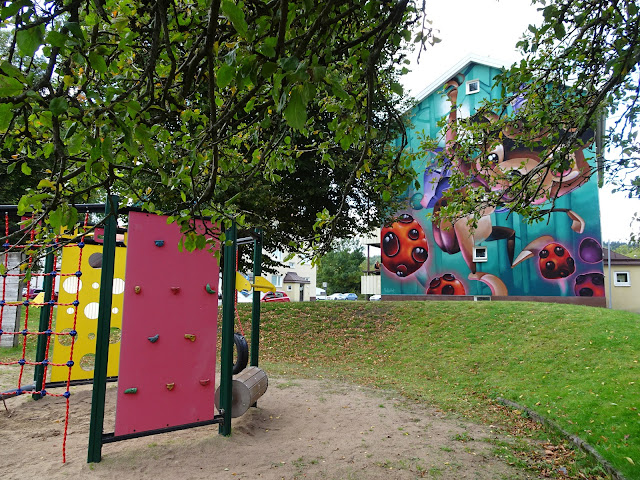 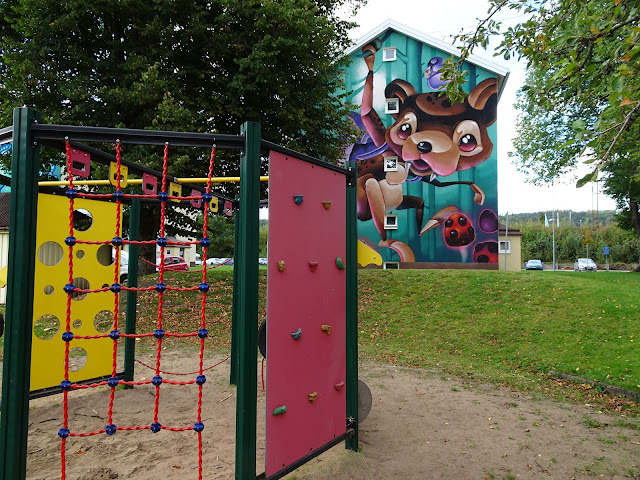 And this is what became of "the blue gable" that can be seen from the main street nearby: A sun-wind-and-water theme, painted in a way that makes it look almost three-dimensional. 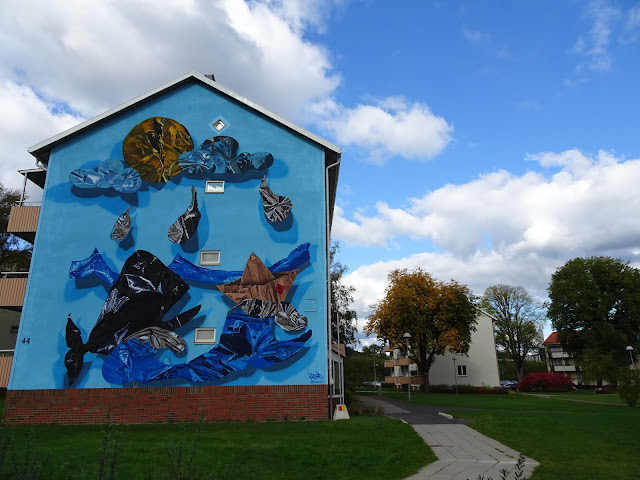 Posted by DawnTreader at 18:27