Tuesday this week was another sunny day, and I decided to go back to have a look at the finished murals from last weekend's street art festival. This time, I chose a different way to get there - instead of crossing the railway by the main road bridge, I walked alongside the railway for a bit, and then passed under it through a pedestrian underpass. The photos in this post will be of things I saw along the way. (I'll save the new murals for yet another post.) 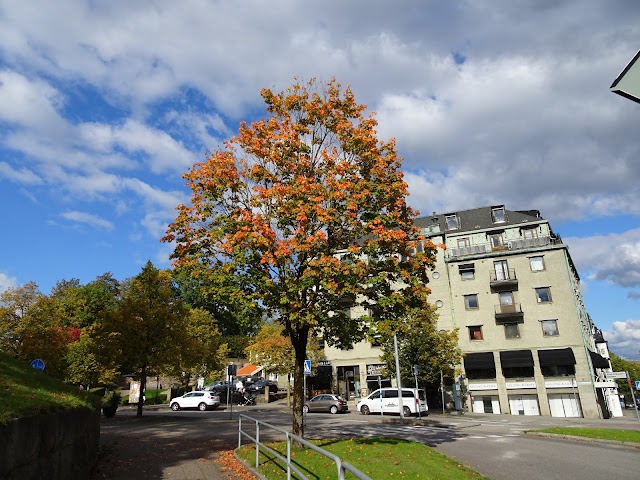 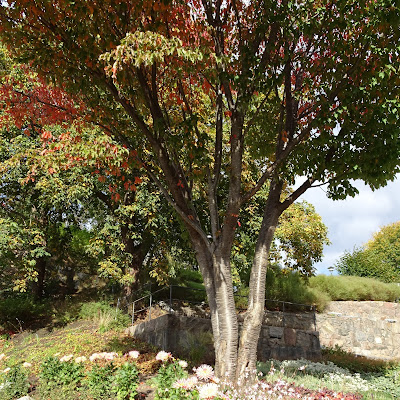 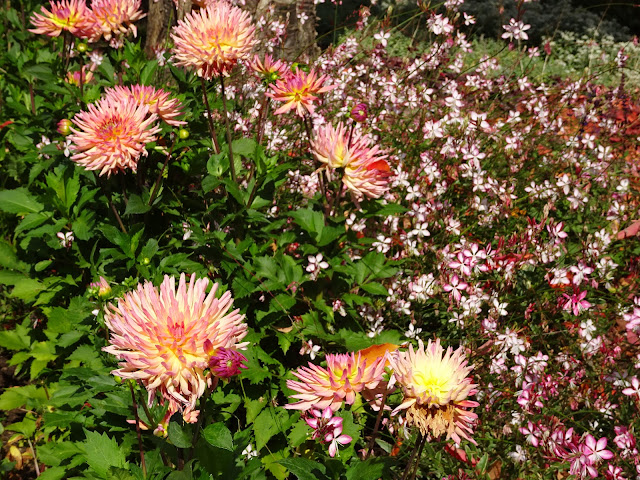 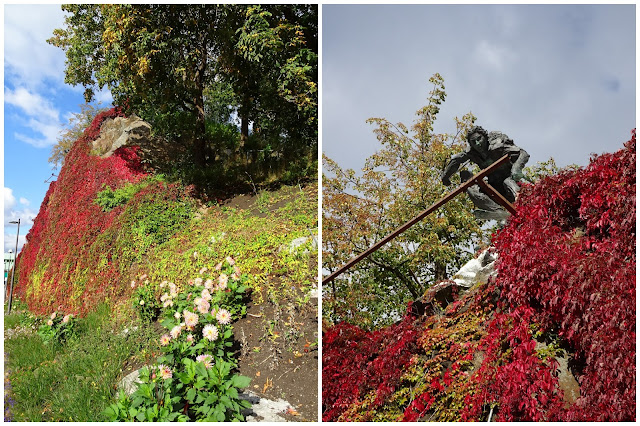 Autumn colours are beginning to take over. Near the railway station there is this cliff covered in ivy which turns red in the autumn. Up on top, there is a statue in commemoration of a ski mountaineer and adventurer named Tomas Olsson who died in 2006. 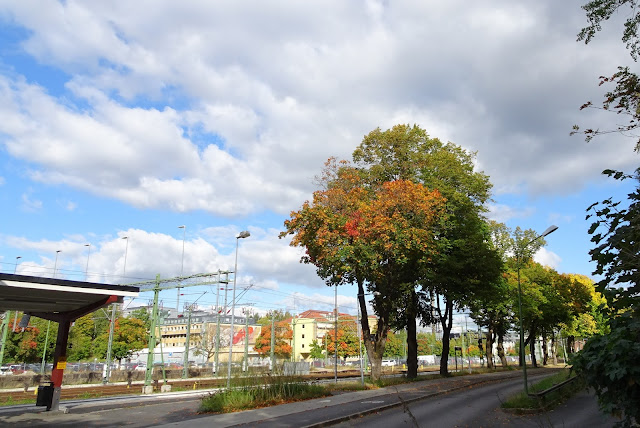 Walking along the railway, and looking across the tracks to the other side, I noticed that I could see a mural from a previous art festival. Using the zoom on my camera, I got quite close, without taking an actual detour to it now. It's supposed to illustrate a scene in a classic book (The Adventures of Nils Holgersson) by Selma Lagerlöf, Swedish author who was the first woman to win the Nobel Prize in Literature, way back in 1909. (Artist: TelmoMiel 2017) 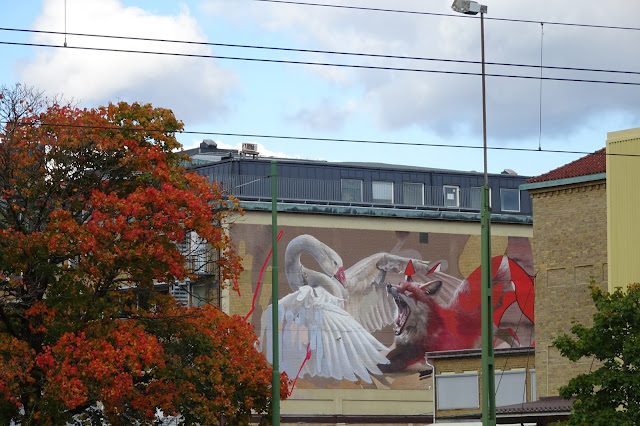 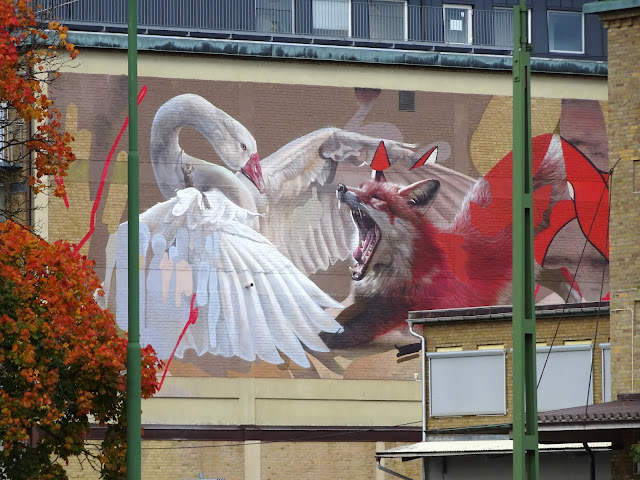 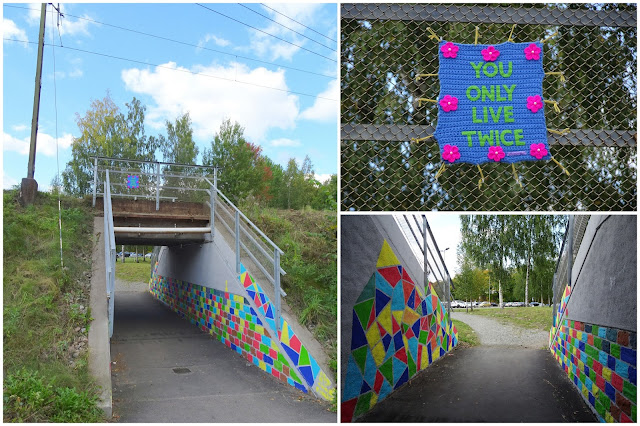 I think the decorations in this pedestrian underpass are new, but I'm not sure. It's been a while since I last walked this way. On the other side of it, there are two new installations, though. The huge fluffy balls up in the trees (made of textile) I think are only temporary. I had read about there being lights inside them, but that was hard to see in broad daylight. (Artist: Malin Bobeck Tadaa) 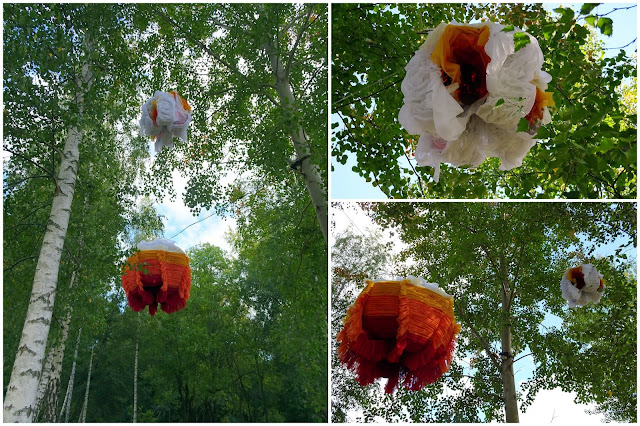 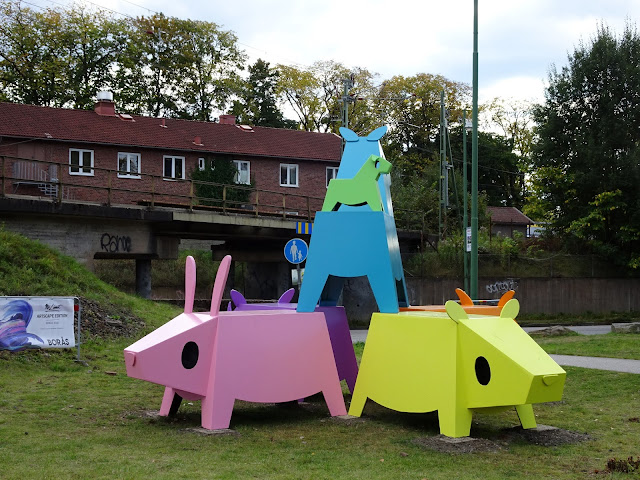 The (playground?) animal sculpture may be meant to stay there longer (?)
(Artist:Tim Timmey) 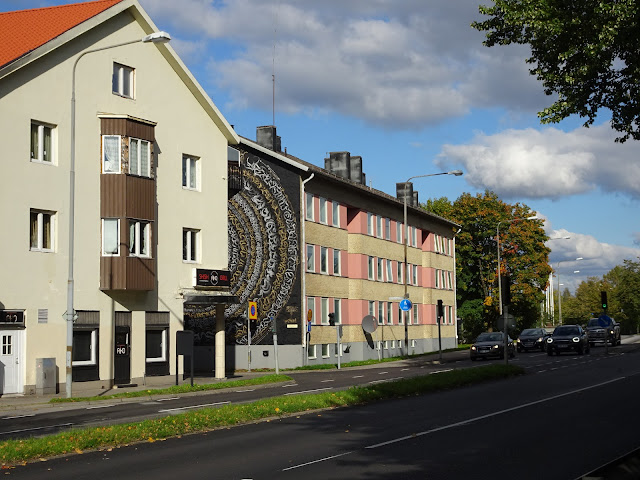 Up a hill, and while waiting for green light at the pedestrian crossing I snapped this sneak peek of the Calligrafitti mural by artist Etile... You'll get a better look in another post! :)

Posted by DawnTreader at 19:52