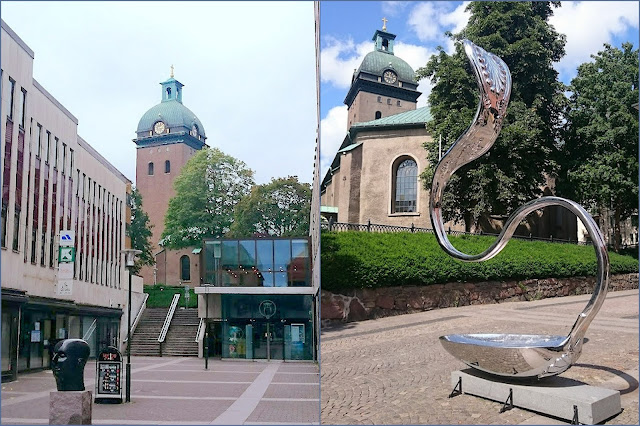 Today elections are held in the Church of Sweden, i.e. the Evangelical Lutheran national church in Sweden. Liturgically and theologically it is "high church". It was state church from the Reformation until 2000, and is still the largest Christian denomination in Sweden with over 5 million members. It is an open national church with a democratic organisation, including the right of members to vote in elections, which still resemble political elections. To which extent they should continue to do so is one of the questions debated in later years; but for now, that's how it is. In the church elections, candidates are listed either with a political party group, or with a 'non-political' group (there are more than one of those as well). I'll refrain from trying to explain further, as I'm rather confused about it all myself!

Back in the previous century I usually didn't bother to vote, but in later years I have. The possibility to vote in advance in this election opened two of weeks ago, and I went to do so one of the first days; in the parish house next to the church above. It is the oldest church in town, dating back to the late 1600s. In later years I've attended church services and concerts here every now and then; but not since the pandemic.

On my way back from voting, I took the opportunity to go into the church and play tourist - i.e. wander about a bit and snap some photos with my phone. (I think it is usually kept open in the daytime on workdays; but I don't normally pass by it.) 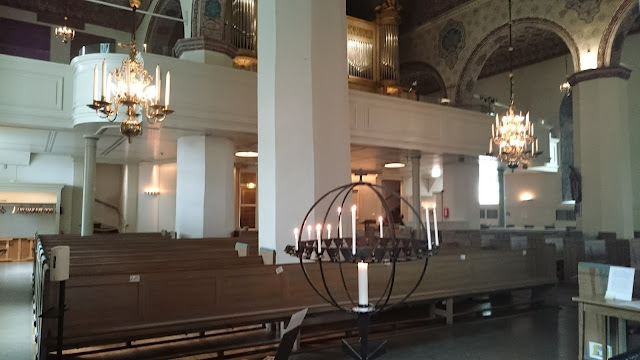 If you wish , you can light candles for prayer. 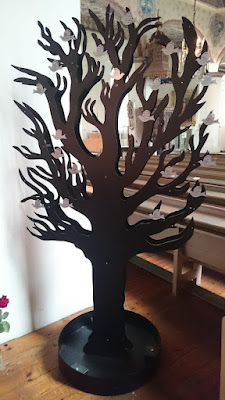 A "christening" tree - a rather modern addition .They add the names of recently baptized people on it. (I've seen similar trees in other churches visited on holidays in recent years.) 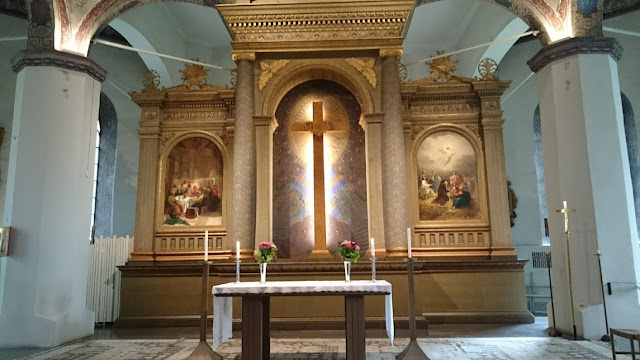 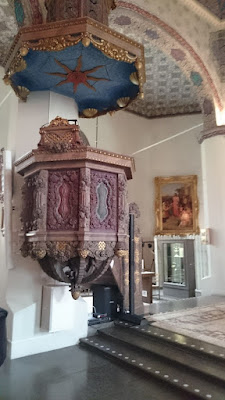 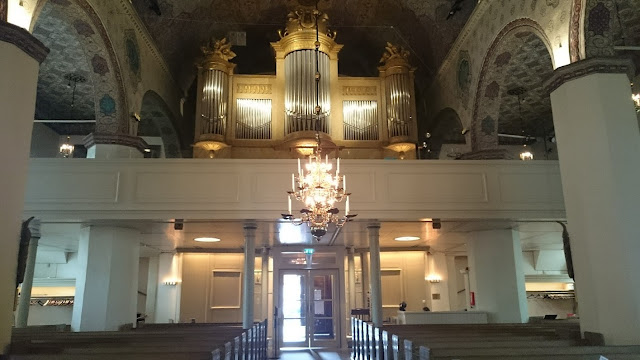 If all goes to plan, Sweden will be lifting the last of its corona restrictions at the end of September. For my own part, I'm still feeling a bit hesitant about "crowds", though. Not sure yet when I'll feel ready for a well-attended church service or choir concert...?

Posted by DawnTreader at 20:07