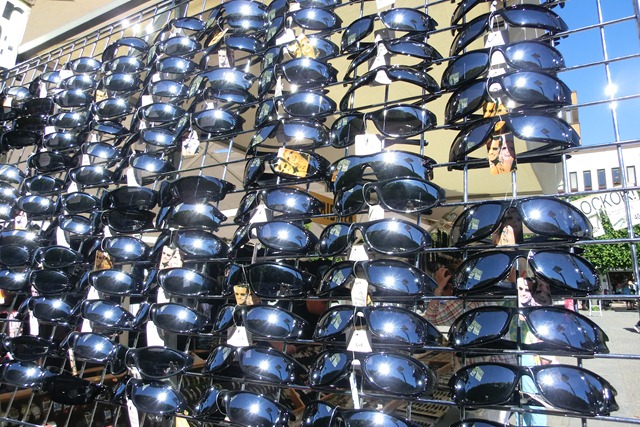 This time of year, whenever people get talking, the standard question is: “And what are your plans for the summer?”

It’s an implicit rule that you must have plans for the summer.

Holiday plans should always include leaving home for at least a couple of weeks. The longer, the better.

If you have a house and garden of your own, rebuilding the house or digging up the garden may be accepted as “plans”, even if it means staying home.

But if you live in a flat you definitely have to get out of town, or you will be getting very strange looks.

Going away to stay in another town however, is quite all right. Although preferably it should be either a really big one (in Sweden that would be Stockholm) or a small, old and picturesque one. In the summer, any town on the coast or by a lake is okay. (Unless you happen to live there all the year round. Then you should go probably go hiking in search of the North Pole or something for a change.)

The farther away you go, the higher the holiday status.

If you are not going far or doing anything very exciting you should humbly add a “just” or “this year” or something of that sort to show that you are aware of the inferior status. For example: “Oh, we’ll just be at the cottage, as usual.” or “We’ll only be going away for one week this year.”

Since several years now I’m of no use at all when I comes to keeping a normal pre-holiday conversation going. The last time I had “plans” was in 2005 – and even then it was just (see?) to spend less than a week with friends in a town I’ve revisited quite frequently since I used to live there. (Revisiting does not rank high on the wow-scale.)

The next year I actually also spent a few nights away from home, but alas that was in hospital. I guess surgery must be considered an acceptable excuse for not going out of town though.

Possibly I may also be excused for the summer of 2008, because then I made plans to move right in the middle of July. (Not only did I make plans – I actually went through with them. But they did not take me out of town!)

If I had had any plans for the two following summers, they would have been thwarted anyway because of family troubles. So from my own point of view just as well that I never even did get round to much planning. In pre-holiday conversations however, it is of course the planning that matters.

To “take the day as it comes” is really only acceptable if you are planning to do it somewhere else. Then people say ah and oh and how good that sounds and oughtn’t everyone to do that more.

But if you plan to take the day as it comes from your own flat, then you get raised eyebrows, and the ah’s in a different tone of voice.

So at times I feel a certain pressure that I should at least pretend to have some kind of grand plan for the summer. But now it’s June already, and I haven’t even come up with a pretend plan yet! On the other hand, since I don’t really get a specific vacation anyway (not having a job to get time off from!) I suppose I might get away with pretending that perhaps I’ll do something “later”…

Who knows. Maybe some day I will.

Posted by DawnTreader at 20:03